Are your clients and prospects tuning you out? Try shutting off your inner “nerd” and focus on the basics.

Admit it: If you’re a financial advisor, agent, broker, or CPA, you most likely have a nerd side to you. I mean, you love your clients, and you genuinely want to help them. Ours is, after all, a people business.

Many advisors don’t understand about the psychological and emotional factors that drive money decisions. In typical nerd fashion, many advisors create marketing that tries to “blind with science,” subjecting prospects and clients to a battery of bewildering facts, numbers, charts, pie graphs, illustrations, indexes, and all manner of science-y things designed to impress.

Yet, even after this onslaught of data, even when you follow up with slick brochures and impressive technology, many of your clients continue to defy your advice and make bad decisions with their money.

(Related: Goldman: When It Comes to Finances, Women’s Roars Are Reduced to Whimpers)

Perhaps you should seriously consider returning to the fundamentals of retirement and income planning and build your marketing message around the real reasons your prospects and clients decided to engage with you in the first place. While charts, graphs, and math do have a place in the marketing mix, make sure that at least some of your content taps into the three biggest fears of Americans getting ready to retire.

So, what are the three main concerns that drive prospects and clients into your universe and upon which you need to place the core of your marketing message?

1. Fear of Outliving Their Money

Running out of money in retirement is the number one fear of Americans over 50. Not having enough cash to last you until you die is a well-founded fear.

You know the statistics: Anywhere from 46% to 70% of Americans will not have enough money saved when they reach retirement age. The fear of outliving one’s savings is a more significant fear than public speaking, falling off a skyscraper, being eaten by a shark, forgetting to put on one’s pants before leaving the house, or being stuck in a room with a recording of “It’s A Small World,” stuck on repeat.

That means this fear is enormous. Are you building your marketing around the fear of running out of money in retirement and how you can solve it?

2. Fear of Having a Lower Quality Lifestyle in Retirement

Close on the heels of the fear of outliving their money is seniors’ fear of having a lower standard of living during their post-work years.

Lower-quality lifestyles are, of course, in the eyes of the beholders. For some demographics, it could mean having to eat out less often. For others, it could entail not going out to dinner, reducing vacation options, having to switch from a Mercedes to a Kia or not being able to hire a housekeeper.

Whatever the situation, having to cut corners in retirement isn’t appealing to most seniors. Your marketing should address this fear and provide proven ways to maintain the lifestyles they want when the paychecks stop.

During retirement, a typical couple will spend around $285,000 in medical expenses not covered by Medicare. Even younger pre-retirees, many of whom have had to take care of elderly parents, understand the severe ramifications of unexpected medical bills and long-term care costs. Knowing that medical costs are one of the top concerns of retirees and pre-retirees, your marketing should focus on how you can help them build a bulwark against such unforeseen expenses.

If your marketing isn’t getting the traction it used to, perhaps a return to the basic tenets of sound retirement and income planning is in order. Focus on helping your clients and prospects deal with their deepest financial fears. By so doing, you will create more interest in your message, and re-engage prospects who may have tuned you out. 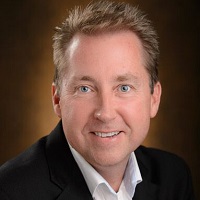 PUNCH Up Your Virtual Networking Meetings

Here's a 5-step process for turning online encounters into something useful.

Is the Real Estate Market Going to Crash?

Despite the many risks, there are compelling reasons to selectively invest in real estate right now.