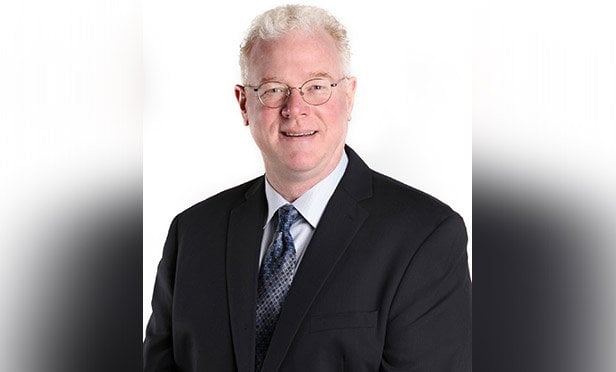 When advisors look for a new broker-dealer, most don’t consider the impact of a bear market on these firms — they should.

The 1973-1974 stock market crash was an especially deep correction, with the market losing over 45% of its value. (The crash came after the collapse of both the Bretton Woods system and the Smithsonian Agreement, causing deep dollar devaluation.)

For broker dealers, the 1973-1974 crash was extremely tough. As Raymond James explains on its website, “During the economic downturn of 1973 and 1974, with the survival of the firm in the balance and capital reserves dwindling, Tom James [sold] off portions of his prized rare coin collection to help keep our doors open.”

At a home office visit to Raymond James more than a decade ago, a recruiting executive shared that one factor that helped pull the firm out of its financial difficulties during those times was its expansion into the independent channel.

The employee channel is more vulnerable to market shifts, because it is saddled with high branch overhead items, such as leases, branch managers, compliance officers and sales assistants. As broker-dealer revenue drops, these costs remain largely constant.

The independent model, meanwhile, flips this overhead over to advisors, and in exchange they receive much higher payouts — making the broker-dealer more resilient by reducing its overhead.

In a research report issued earlier this year during the correction, Goldman Sachs provided additional insights into which broker-dealers are more resilient and which are more vulnerable in a bear market. (The day before the report was released, March 23, the S&P reached a year-to-date bottom of 2,237.40, though it’s since recovered.)

In the report, Goldman Sachs analyst Alexander Blostein downgraded Raymond James to sell, commenting, “The vast majority of RJF’s revenues are cyclical, tied to either equity markets (51%) or interest rates (16%), and are also exposed to elevated headwinds in Investment Banking and Capital Markets/Trading (13%).

These remarks and the related downgrade — which could be applied to many of the wirehouses and regional broker-dealers — contrasted with the report’s assessment of LPL Financial, which was raised to a buy.

The report viewed LPL as a more “pure-play” model, with Blostein expecting the firm’s revenue streams to be relatively immune to elevated market volatility, cash balances likely to spike, and recruiting growth to increase. Part of the expected recruiting boost, the analyst said, could come from smaller advisory practices looking to partner with stronger firms, creating more M&A activity for LPL.

Our recruiting firm sees small broker-dealers, largely those with fewer than 100 advisors, as especially vulnerable to a bear market and certainly more vulnerable to a downturn in the markets than they were in 2008. A larger percent of their budget now must be allocated to compliance expenditures.

We surveyed small- and mid-sized broker-dealers and asked, “What percent of your budget goes to compliance related expenses?” The amount varied from 30% to 50% of their overall budget.

We also asked, “How has your compliance budget increased over the last five years?” They all said the same thing: It’s resulted in a 10% increase to the overall budget.

In addition to broker-dealer size, other factors come into play when it comes to their areas of potential weakness in downturns:

Financials: Does the broker-dealer have high debt levels? Does it have ample net capital or access to additional cash to prevent a net capital violation? If it is barely profitable in good markets, what happens in a bear market?

Compliance Risk: During bear markets, some clients may want a pound of flesh, so customer complaints mushroom. Is the firm heavily weighted in illiquid investments or investments that have a high litigation risk?

Does the broker dealer’s errors and omission insurance have high aggregate coverage ($2 million minimum and preferably $3 million to $5 million for small- and mid-sized firms)?

FINRA Fines: Does the broker-dealer have a history of poor supervision as reflected by FINRA fines?

A lack of supervision often reveals itself through client complaints during and after a bear market. As Warren Buffett says, “You only find out who is swimming naked when the tide goes out.”

Broker-dealers owned by insurance firms or insurance marketing organizations (IMOs) are considered to be safe havens during difficult markets, since insurance products tend to be less cyclical. Also insurance companies do well in inflationary environments, which run counter to securities markets.

In Blostein’s comments about LPL, he said “As smaller broker-dealers come under pressure from a sharp drop in equity market decline, the lack of liquidity and potential pressure on cash flows (with several broker- dealers backed by private equity also carrying higher levels of debt).”

This leveraged buyout (LBO) segment of private equity purchases broker-dealers in part (often 50-65% of the purchase price) through the sale of junk bonds.

Besides possible credit downgrades and default risk during difficult markets, you also tend to have roughly half the cash flow of the broker-dealer going to servicing junk bond debt. This leaves little cash flow to serve as a cushion in a bear market, so these broker-dealers can be some of the first to cut staff, lower payouts and/or raise expenses.

When advisors are shopping for a new broker-dealer, the thought of bear market vulnerability is rarely on the radar, but it should be. Being blindsided by your broker-dealer being sold or defaulting on their junk bonds can be a rude awakening.

For wirehouse/regional advisors, corporate cost-cutting measures can bring surprises, such as a drop in the advisor-to-assistant ratio from 3:1 to 6:1, along with increasingly restrictive marketing policies, heavier handed compliance, higher expenses and lower payouts.

Switching broker-dealers can be tough. And we often hear advisors comment that, “I never want to do this again!” Skipping your due diligence and only looking at who has the biggest transition note or highest payout greatly increases the odds that you may in fact need to do this again.

With the Buffett indicator (the ratio of the Wilshire 500 to the economy’s GDP) more than 60% above its historic average — roughly where it was in 2000 — we may experience difficult times for broker-dealers sooner than we anticipate.

— Check out 10 Red Flags to Watch When Switching BDs on ThinkAdvisor.