When the Labor Department unveiled its draft retirement investment advice rule recently, I was saddened but not surprised to see that it meekly capitulates to the financial services industry demand that their conflicted business models continue to be protected from transparency and accountability to the individuals and retirement plans that are their customers.

The department announced that it had designed its proposed rule based on the Securities and Exchange Commission’s Regulation Best Interest (Reg BI).

But in deferring to the weak and ineffective SEC standard, the DOL has abandoned its more than 40-year commitment to retirement savers by setting aside its much stronger statutory mandate of requiring those providing investment advice to plans and individuals for a fee to be held to a strict fiduciary duty of loyalty and prudence.

Only in the topsy-turvy world of alternative facts that currently grips Washington’s policy leadership would a proposed advice rule that substantially weakens the current protections for retirement savers under the Employee Retirement Income Security Act of 1974 be touted as one that puts workers first, as Deputy Labor Secretary Patrick Pizzella argued in a recent ThinkAdvisor column.

When SEC Chairman Jay Clayton announced his intent to tackle the problems associated with investment advice, he defined the problem as “investor confusion” based on the nearly total blurring of the lines between advice given by registered investment advisors who are subject to a fiduciary standard and broker-dealers who were subject to a sales-oriented suitability standard.

What Chairman Clayton failed to recognize is the far larger, deeper and more pernicious problem that is posed by conflicts of interest in organizational compensation structures for investment professionals.

Ironically, the final product that emerged from the SEC not only did not address this endemic problem of conflicted compensation, but also exacerbated investor confusion by allowing brokers to market themselves as working in their clients’ best interest without actually holding them to a clear, fiduciary best-interest standard or ending the harmful incentives that conflict with that standard.

Enter the Labor Department. After nearly a decade making a strong case that the current five-part test for determining fiduciary status was fatally flawed, the department reversed itself and decided that it would simply reinstate that flawed test, much to the satisfaction of the financial services industry that had long ago easily figured out how to avoid fiduciary responsibility under that regulatory regime.

It did so through a final rulemaking that precluded any public notice and comment.

On the same day, Labor proposed an exemption to ERISA’s prohibited transaction provisions, that, among other things, deferred to the SEC’s weak non-fiduciary regulatory structure and broadened ERISA’s exemption from fiduciary status to pension investments and advisors that traffic in investments that are not securities and therefore not subject to the SEC’s rules.

The department claimed its actions would benefit retirement savers by providing them with greater “choice” regarding retirement advice providers, echoing that the mantra that the financial services industry relies on to justify continued protection of conflicted compensation structures and business models.

First, it is hard to imagine how real consumer choice could occur while allowing conflicted compensation and business models to continue to exist without requiring clear and understandable disclosure of the amount and sources of compensation that each advisor will receive when their customer follows their recommendations.

Second, what consumer would knowingly choose an advisor who was not legally required to subrogate his/her financial interest to the investor’s?

So let’s be clear — the only choice the DOL’s and SEC’s rules are designed to protect is the choice of the brokers, insurance agents and certain other advisors to continue to operate as non-fiduciaries while marketing themselves using the terminology that the general public has come to regard as describing a fiduciary.

During my eight-year tenure as assistant secretary of Labor for the Employee Benefits Security Administration, we promulgated a rule that would have required all individuals who held themselves out as experts and made recommendations to plans and individuals regarding their retirement strategies and savings to be held legally accountable as fiduciaries.

In limited circumstances and with proper guardrails and transparency, we allowed certain types of conflicted compensation to continue.

The Obama rule was not perfect but it would have actually improved the advice marketplace for retirement savers, as a recent academic study demonstrated.

Unfortunately, the only individuals whose marketplace status and profitability will be improved under the new Labor Department proposal are those in the financial services industry. 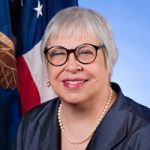 Phyllis C. Borzi was head of the Labor Department’s Employee Benefits Security Administration from 2009 to 2017.