How to Deal With an Aging Advisor Force and Aging Clients

Also, what to advise clients who are offered lump-sum Social Security payouts.

More than one-third of financial advisors, or 111,500-plus, will be retiring this decade, along with many of their clients, creating a number of dramatic challenges for the industry.

Firms will be faced with retaining the assets of retiring advisors, which account for almost 40% of all advisor assets, managing the shrinking or slower growing assets of existing, aging clients, and attracting newer, younger advisors to help run the business and draw in the heirs of current clients.

Nearly $70 trillion in assets is expected to be transferred from aging households to their heirs and charities over the next 25 years, with $51 trillion coming from baby boomers, according to a new report from Cerulli Associates.

These challenges are well known, but many advisory firms haven’t taken “the appropriate steps” to meet them, the report states. Here are some key highlights:

The average age of financial advisors today is 51, with 44% of advisors over 55 and only 10% under 35. Thirty-seven percent are expected to retire during this decade, with headcounts starting to decline in 2021. More than 20% of those planning to retire over the next 10 years have no succession plan.

Replacing these retiring advisors requires innovative recruiting and retention strategies, including the recruitment of “historically underrepresented groups,” according to Cerulli. That includes training programs that stress goal-based planning, which women and young advisors tend to embrace more than their aging counterparts. Also, compensation plans should give younger advisors time to build a book of business and expertise without the pressure of asset gathering, which disadvantages rookie advisors from lower income and minority groups. Women account for just 14% of the advisor headcount, or 42,097 advisors.

To attract a more diverse workforce, advisory firms “need to collaborate — not compete — on diversity and inclusion efforts,” according to Cerulli.

About one-third of the $70 trillion wealth transfer will occur over the next 10 years, which challenges advisors to “proactively establish better relations with their clients’ heirs,” according to the Cerulli report.

They shouldn’t wait until their clients’ children are set to inherit their wealth but seek “a more genuine interest in the lives” of those children much sooner, according to Cerulli. “Learn what is most important to each client’s children on a more personal level and understand their different set of priorities and goals,” and learn wealth planning strategies, the report says.

Firms also need to adopt technology platforms, including mobile tools and video conferencing, that not only provide more effective communication with younger clients but also help attract younger advisors that can cultivate relationships with those clients.

Many experts today advise that people should delay claiming their Social Security benefits for as long as possible, or until age 70, when they have to claim them. But what do advisors tell clients who have delayed taking Social Security even after reaching full retirement age (FRA), and when they make the claim, the government offers them a lump-sum retroactive payment up to six months? Should they take it or not, and what’s the downside, if there is one?

We asked several advisors via email how they would advise clients on this choice. Keep in mind that the six-month, one-time lump sum offer isn’t available to those who haven’t reached FRA. Also, the lump sum retroactively resets the benefit amount. For example, after full retirement age, the Social Security benefit is increased by 2/3 of 1%, or .667% per month, and if the lump sum is taken, the monthly SS payment would be set back by 4% of that payout.

“The answer really depends on a few factors,” says Danilo Kawasaki, vice president and chief operating officer of Gerber Kawasaki in Santa Monica, California. “The main one being longevity. By opting to take the lump-sum option, one rolls back the clock six months for when benefits are calculated.

Depending on longevity factors (which are hard to predict) one needs to determine the breakeven point for that to make sense,” he explains.

Although this lump sum may be a tempting choice for clients in need, it isn’t always the right one.

“Most folks are not running numbers on the ‘best’ age(s) to draw their Social Security benefit(s). Winging it leads to bad decisions that can cost the client(s) tens of thousands of dollars over their lifetime,” says Mark Wilson, whose firm is Mile Wealth Management in Irvine, California. “Once you run the numbers and make a decision about when is a great time to begin [Social Security] benefits, then we can answer the question about taking the lump sum offer.

“For example, assume George and Linda have decided (based on their specific situation) to delay George’s Social Security until he turns 70, but draw Linda’s at 66. If Linda were 66 1/2 today, I would encourage her to … apply to begin her retirement benefits and ask for her retroactive lump sum (effectively starting her benefit at 66). If Linda’s ‘best’ retirement age is instead 68, I would recommend she make an appointment just before her birthdate (in 1.5 years) and not take the lump sum offer. I’d also recommend George not take the offer when he starts his benefit.”

Plans for the lump sum also make a difference, Kawasaki adds. “If you are using it to buy a boat because you can’t wait six months for it, then it doesn’t make sense. If you are using it to make an investment that can grow over time, then that could work in your favor. One last consideration is if you are married and your spouse is much younger than you with a lower Social Security benefit amount, you may not want to lock in a lower social security benefit over both lives.”

Also, “a retroactive lump sum reduces the monthly benefit with a 10- to 12-year catch-up period, so generally [it’s] not prudent if you think you will live another 10-12 years,” says David “Trey” Bizé of Oklahoma City, Oklahoma.

John R. “Dick” Power, principal of Power Plans in Wapole, Massachusetts, agrees that it depends on the circumstances, but adds, “Remember that taking a lump sum sets the start date back to an earlier age and therefore discounts all future benefit checks. So if one can anticipate a long life, perhaps an inflation-indexed annuity is the best choice.”

Yet there are those who reject the idea of taking a lump sum. Says C.J. Miller, financial planning analyst with Sensible Money in Scottsdale, Arizona, “It is almost never in the best interest of the client to take the lump sum. The payment eliminates the monthly benefit increase gained by delaying in the first place, which is usually 8% a year,” he says.

“Additionally, taking the lump sum is a taxable event. Many people that elect the lump sum end up paying a higher tax rate and getting less for the benefit than they would have if they had claimed earlier. Most people who delay benefits do it for a reason, and the lump sum eliminates that. It’s in the government’s best interest to push for the lump sum option, not the average claimant’s.” 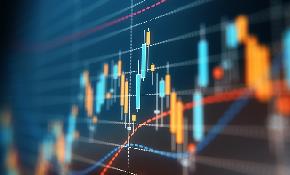 In light of recent volatile market swings, now is a good time to review clients’ portfolios to ensure their retirement income stream will be resilient enough to withstand the next inevitable recession.