What Insurers Think of the Secure Act 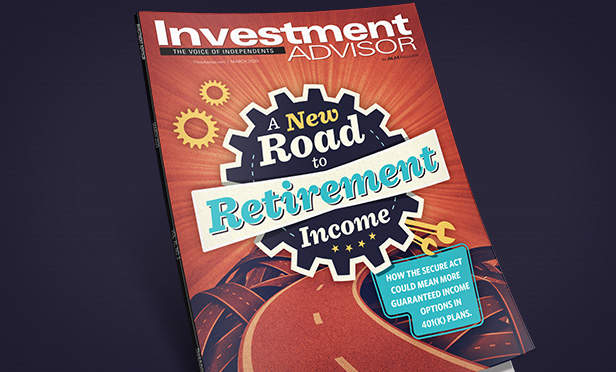 For years, the insurance industry and advocates for guaranteed income products worked to get a fiduciary sanctuary for employer sponsors of defined contribution plans who put annuities in investment menus. They got that sanctuary — or the annuity provider selection safe harbor — in the Setting Every Community Up for Retirement Enhancement Act. What happens now?

“I do think the safe harbor will create more interest from plan sponsors and drive uptake of existing options and some innovation,” said Sri Reddy, senior vice president in the retirement and income solutions unit of Principal Financial Group.

“But we are still a ways out,” he added. “We don’t know what the marketplace will accept, or what it will demand. And most recordkeepers don’t have the infrastructure to support annuities.”

Under Secure’s annuity selection safe harbor, plan sponsors can rely on the assessments of state insurance regulators to determine an insurer’s prospects for long-term solvency. A previous safe harbor required sponsors to make that assessment on their own; it spooked some sponsors, who feared being on the hook as fiduciaries to retirement plans if an insurance company couldn’t meet its future obligations, according to several industry studies.

While the new safe harbor extends some sanctuary for choosing an annuity, that choice is still a fiduciary function. And fiduciaries often get sued, especially when they run big plans.

For all plan sizes, 9.8% of 401(k) sponsors offer an annuity in plan, according to the Plan Sponsor Council of America. For the largest plan segment — those with more than 5,000 participants — only 5.6% of plans offer an annuity. If that is to change, cost will definitely be part of sponsors’ calculations.

“Right or wrong, the market equates cost with fiduciary risk,” said Tim Walsh, senior managing director of institutional investment products with TIAA. “I do think innovation will drive adoption of guaranteed products in the 401(k) market, but the products will have to be low cost, and they will have to be simple. Providers will have to keep them institutionally priced, and not go crazy with options like lockups or surrender fees.”

In the retail market, cost and complexity are big knocks on annuities. The institutional market can address at least half of that conundrum. TIAA’s annuities are offered in 403(b) plans for 30 to 50 basis points, which includes underlying investment management fees and the cost of guaranteeing income.

Conceivably, costs could come down. Walsh cites price compression with target-date funds, as that market has surged as the predominant qualified default in 401(k) plans.

And he says the contemporary role of plan consultants and advisors adds a further layer of protection for gun-shy sponsors, which could help spur adoption. “There’s no way a consultant will put a high-cost option on an investment menu — they won’t let sponsors do that,” said Walsh.

Product innovation may be the result of the Secure Act. But it may not be necessary, according to Roberta Rafaloff, vice president of institutional income annuities at MetLife: “At its core, safe, predictable and lasting income needs to be the outcome of any retirement plan.”

“Putting an income annuity into a plan is not new,” Rafaloff said. “We feel the most efficient way is to convert assets to an immediate annuity at retirement. But anytime you are adding something new to a 401(k) plan, it has to be cost effective, easy for the sponsor and recordkeeper, and most importantly, easy for the participant.”

In DC plans, participants pay a lump sum at retirement for a set income stream that does not change. Payouts can be deferred, but the key is to keep annuitization separate from accumulation. “That’s where the confusion comes. Variable products that mix investments with insurance can come with a lot of fees and complexity, and a lot of decisions for savers,” she said.

“We don’t mix insurance with the investment side, which we think is critical for defined contribution plans. Participants take some portion of their balance, buy an income annuity, and the remaining savings stay in plan, with access to low cost investments,” added Rafaloff.

One development that could spur product innovation would be new guidance from the Labor Department on the role of annuities within a qualified default investment alternative, Principal’s Reddy said. Applying the nuts and bolts to new annuity products, whether they are built into a target-date fund or on top of a managed account, is not actuarially tricky.

The real lead time comes with regulatory filings and the technology buildup to support a product rollout, which he said is typically a nine- to 12-month cycle. Reddy expects trends to emerge within the next five years.

But when innovations do come, rapid evolution could follow. Reddy cited the pension risk transfer market in the defined benefit space, which was virtually a nonexistent market prior to two deals in 2012. It’s been parabolic since then. “I’m hopeful Secure will have an accelerant effect on annuities in retirement plans,” he said.