Mary Buffett tells ThinkAdvisor what she learned from the Oracle of Omaha — and what she got him for Christmas.

Lucky for Mary that the senior Buffett discussed investing nonstop: She picked up a trove of information on his techniques and approach to the market — not only to render her a savvy value investor but to carve out a career based on what she learned.

A bestselling author, international speaker and entrepreneur, her newest book is “7 Secrets to Investing Like Warren Buffett,” a basic guide written with Sean Seah (Scribner – Oct. 22, 2019). The first of her eight other Buffett-based bestsellers, “Buffettology,” co-authored with David Clark, collaborator with her on seven others, was published in 1997, three years after she and Peter split.

In the interview, Mary, 67, discuses five chunks of investing advice from the Oracle of Omaha, including what to look for in a company, to never invest in an initial public offering and to shun companies that need research and development “to survive.”

She also examines why the chair and CEO of Berkshire Hathaway invested in Apple after years of avoiding tech stocks and why Wells Fargo remains one of his biggest holdings despite the bank’s scandals.

A former professional singer, Mary already was an experienced business executive — at Columbia Records and running Hugh Hefner’s music publishing companies — when she married into the Buffett family. During their 1980-1993 union, she and Peter owned a music company together.

After they divorced, Mary went on to become a consultant to Fortune 500 companies, launch the Sanford DeLand UK Buffettology fund (with David Clark) and found the Buffett Online School. She has also taught business and finance at UCLA and other California State Universities.

ThinkAdvisor recently interviewed Mary Buffett, speaking by phone from her Santa Monica, California, office. In addition to chatting about Warren Buffett’s investing habits, she revealed his munificent Christmas-giving habits during her marriage to his son.

THINKADVISOR: When you were married to Peter, under what circumstances did you hear what his father Warren Buffet said about investing?

MARY BUFFETT: That’s all he talked about! A couple of times a year we’d go to Omaha, and he’d come home and get right on the phone, talking to either Mrs. [Katharine] Graham of the Washington Post or Stan Lipsey [publisher] of The Buffalo News [which Buffett bought in 1977]. He’d be on the phone when you were in the den with him. Or when there would be something [relative to investing] on television, he talked about it.

And when the family got together in Laguna over Christmastime, all the titans of industry would be there: We’d have lunches and dinners, and they’d all talk about companies. Investing was the only thing Warren ever talked about!

So you used to sit there and take it all in?

Yes, it became more and more interesting to me because Peter and I had a business — a music company. When I married him, the only thing I knew was that his father owned See’s Candies. I grew up in Beverly Hills, so all my friends’ fathers owned companies — Hamburger Hamlet, Serta Mattresses [etc.].So when we got married, I was like, great — free candy! Never knowing that there was no free candy with Warren.

What did you give him for Christmas?

The first year we were married, I realized, “Warren is very rich. Therefore, he doesn’t want anything.” I didn’t know what to get him, so I put together our music company’s balance sheet to show him that we were making money.

Did you want him to invest in it or buy it?

No, I just wanted to show him, “Look, we’re doing good.” By that time, I would go downstairs in the basement where Warren kept a lot of letters he’d written, which were very interesting to me — I got to know his psychological thinking.

What was the most important thing you learned?

The biggest part was watching his discipline and patience and not doing things quickly. He’d conduct research and understand the people who were running a company. All of that mattered so much to his success.

What did he give family members for Christmas?

He would always give each of us $10,000 in hundred-dollar bills. As soon as we got home, we’d spend it — whooo! Then, one Christmas there was an envelope with a letter from him. Instead of cash, he’d given us $10,000 worth of shares in a company he’d recently bought, a trust Coca-Cola had. He said to either cash them in or keep them. I thought, “Well, [this stock] is worth more than $10,000. So I kept it, and it kept going up. Then, every year when he’d give us stock — Wells Fargo being one of them — I would just buy more of it because I knew it was going to go up.

What does Warren Buffett look for in a company?

He says you don’t want a company whose earnings are incredible one year — and then, the next year, they lose money. You want [earnings] to go up steadily a little bit every year and continue. That way, you can project what price the company is going to be at — what it’s going to be worth. If something happens — a recession, say — and the market drops or the company’s stock price drops, then you want to [continue] to buy it on sale. That’s the whole point.

What else does he advocate?

He always says to never invest in an IPO because you have nothing to look back on. If you can look at a company 10 years past its earnings — that is, what it’s done with its profit — you can pretty much project that it’s going to continue to do that similarly in the future.

Right. If you find an incredible company, buy it for the long term. Warren has been able, for over 50 years, to get over 20% on the money annually. He doesn’t believe in ever selling any stocks. He keeps companies forever. He’s the only person who has taken $105,000 and [created] a company worth $175 billion by investing only in the stock market.

Does he replace management once he buys a company?

He buys companies that are being run excellently, and generally the management stays because they love working for him because he lets them do what they want. The only thing he wants from any of his managers is a letter every year saying that if they drop dead, he can take over!

He seeks companies that don’t require research and development to survive, you write. So why is he so heavily invested in Apple?

In 1999, he understood that society was being transformed by technology. But as he wrote in his shareholders letter, [he had] no insight into which participants in the tech field truly had that durable competitive advantage he looks for. [Further], he wants companies that have predictable earnings, and for a long time those tech firms didn’t fit that bill.

Why did he invest in Apple?

When he took a closer look at Apple, he saw that it had [increased] its earnings every year in the previous decade. That earnings growth fit the Buffett model. He looks for companies with reasonable debt — it shouldn’t be greater than five times annual earnings. When he bought Apple, it had $60 billion in debt vs. $50 billion in annual earnings. So in one year, they could pay off their debt.

Apple had that durable competitive advantage. Its immense size gives it the economy of scale against smaller competitors, and it has tremendous brand recognition.

Wells Fargo has been embroiled in scandal for a few years now. Why does Mr. Buffett keep that stock, which he first bought in the 1980s and which is one of his top holdings?

He loves companies when they have a one-time mistake or when they’re in trouble. He actually bought more of Wells Fargo [when the bad news broke] because it was cheap. He knew that the value of the company was more than he was buying it for. You know that by going through the balance sheet and figuring out what a company is really worth. Wells Fargo was worth more, and he knew that over the long term it was going to continue to make money. After all, what do banks do? They take your money and give you a little interest; and then they loan their money out and get much higher interest.

Does he have any diversions or hobbies?

Warren loves to play bridge. He used to love to golf. I think he has a little back problem now, though. He loves to read. He reads about 500 pages a day.

About investing, I bet.

Yes, mostly he’s reading about companies, about the competition and what the management does.

You became very interested in investing, yet you never wanted to be a stockbroker. Why not?

I didn’t want to manage someone else’s money. I don’t want to get calls when the market is dropping 500 points. That’s when I’m buying — I have my little companies that I love, and they’re great. 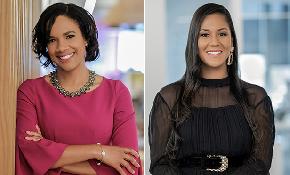