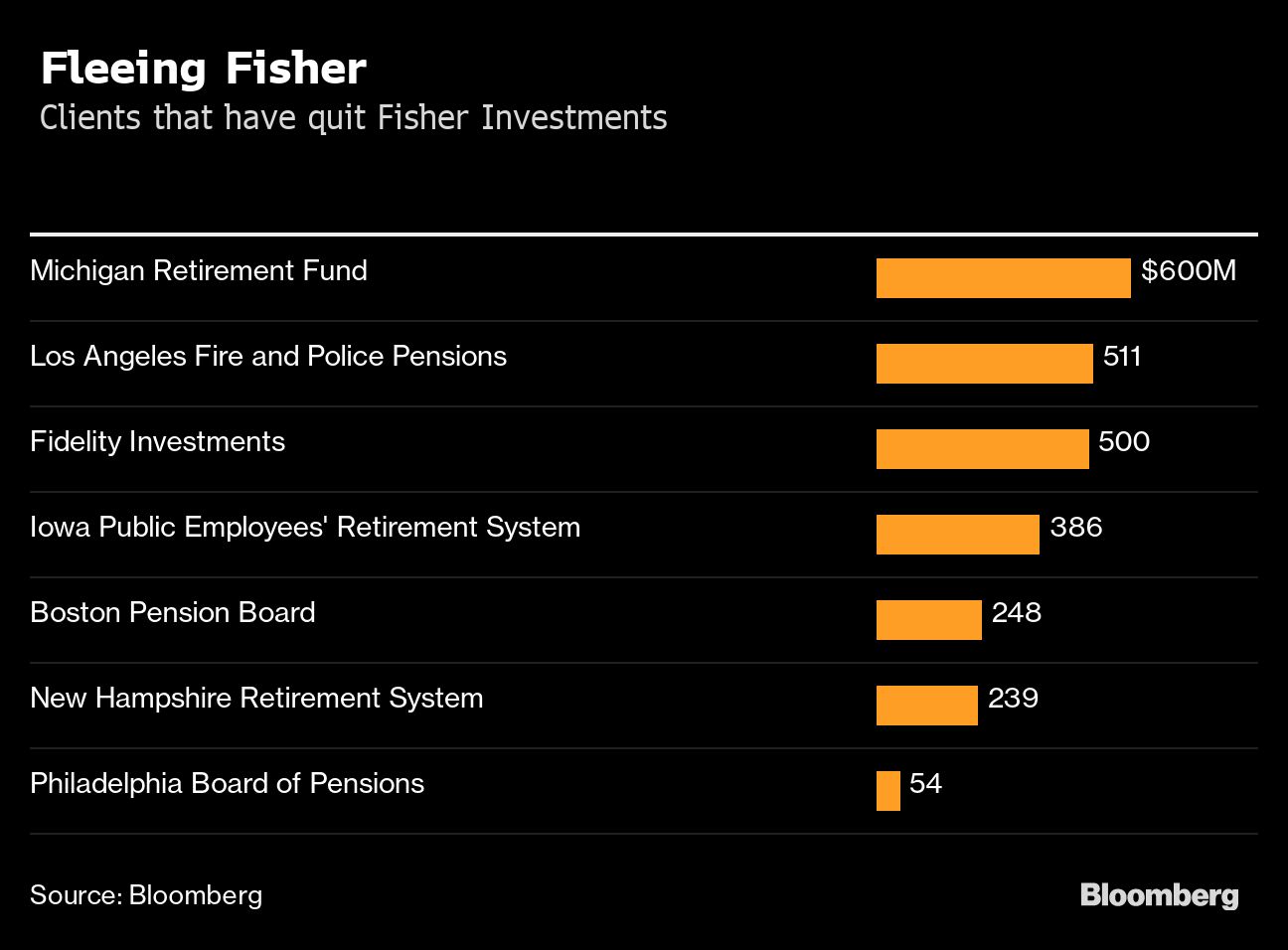 Goldman Sachs and the Los Angeles fire and police pension board have decided to redeem assets managed by Fisher Investments, about two weeks after the firm’s chairman made lewd remarks at an industry event.

With the exit of Goldman’s $234 million and the L.A. pension group’s $511 million, the total figure for assets withdrawn from the firm is now about $2.7 billion, according to figures compiled by Bloomberg.

Overall, Fisher Investments managed close to $11 billion for 36 state and city entities last year, according to a filing with the Securities and Exchange Commission.

“Fisher’s words reach millions and only do damage,” Los Angeles pension commissioner Brian Pendleton said at a board meeting Thursday, Bloomberg reported. “Other pension funds are going to come to the same conclusion and we shouldn’t be the last ones to turn the lights off.”

In response the the apology, Commissioner Kenneth Buzzell replied, “Talk is cheap.”

Fisher made a series of crude comments at a fireside chat during the Tiburon CEO Summit on Oct. 8. The following day, attendee and advisor Alex Chalekian posted a video on Twitter criticizing the remarks; it has more than 150,000 views.

Afterward, Fisher questioned the negative attention his comments were receiving, before apologizing. He has been barred from future events organized by Tiburon Strategic Advisors.