Women's Financial Confidence and You

For decades in the United States, the role of managing family finances was traditionally one that fell to a male head of household. Men made up a larger part of the workforce so it was generally assumed that they were the ones paying the bills and responsible for saving for their family’s future.

However, as more women entered the workforce in the 1960s, that dynamic began to change. Along with steady progress outside of the home, women also made strides within their own households, including their association with all things financial. In fact, according to the 2013 Women, Money and Power Study from Allianz Life Insurance Company of North America (Allianz Life), more than half of women reported that they were the chief financial officer of their household, and a full 60% said they were the breadwinner for their family.

This was a logical evolution of these tasks, and one that made a lot of sense as women are often the ones handling the lion’s share of family planning — from schedules, to budgeting, to choosing the next location for the annual family vacation.

Fast forward to 2019 and women are no doubt enjoying increased levels of financial confidence and responsibility, right? Unfortunately, that doesn’t seem to be the case.

We conducted the Women, Money and Power Study in 2016 and again earlier this year, and it’s clear that women are experiencing a steady downward trajectory on a number of key points:

So what’s contributing to this decline in financial confidence among women? There are several possible factors, including the large population that is near or in retirement, career and family dynamics that are leaving women less time to focus on their financial strategy, and complications caused by both longevity and widowhood.

This should be a significant concern for financial professionals, but one where there is ample opportunity for action, especially when it comes to a key component of their business model — education. Simply put, too many people — particularly women — don’t have all of the facts about the products and services that can help with their financial security.

A good example can be found within the topic of permanent life insurance and how it can assist with creating a more holistic financial strategy. Via the Life Insurance Needs Study we commissioned in 2018**, we found the majority of Americans are unaware of the potential opportunity for additional living benefits and tax advantages that may be available through permanent life insurance.

We conducted the Life Insurance Needs Study again in 2019 and found a similar education gap, but this time the cause for concern was specific to women. Unfortunately, women are trailing men in their awareness about additional potential benefits that permanent life insurance can offer — knowledge that could help women build more flexibility in their (or their family’s) financial portfolio.

Only 34% of women believe that that the available cash value from a permanent life insurance policy can be used to help fund education, retirement or other financial needs versus more than half (51%) of men. Furthermore, only about one- quarter (27%) of women know that death benefits paid from life insurance are generally not taxable versus 38% of men.

Most concerning, only one-third of women believe that any available cash value from a permanent life insurance policy through policy loans or withdrawals1 can be used to supplement retirement income while you are still alive versus more than half (52%) of men who know it can be used for that purpose.

A Focus on Education Is Needed

Women play a significant role in family finances, so it’s crucial that they have all of the information about ways they can build a stronger financial future for themselves and their loved ones.

It’s important to note that the issue isn’t that women are uninterested in the topic. The misconceptions noted above exist despite the fact that women place high value on financial products that can provide benefits available through permanent life insurance. When asked what they find valuable in financial products, 83% of women said one that “provides a source of tax-free income in retirement,” followed by 77% who value one that “provides tax-free money for family/loved ones” and 50% who want a product that “provides the ability to use the funds to pay for college.”

While life insurance is not a college funding vehicle and does not provide a source of guaranteed income in retirement, it does provide the opportunity to build accumulation value. Any cash value in a life insurance policy can be accessed through policy loans and withdrawals income-tax-free1 that can help supplement retirement income or complement a college funding strategy.

Clearly, there is an appetite for products that can help solve for multiple issues, but financial professionals need to make a greater effort to communicate with their clients — especially women — and truly explore all available options. This means working with women to understand their distinct financial challenges and the different ways that financial professionals can help provide both protection and opportunity to their client’s long term financial strategy.

FIUL as an Option

The good news is, recent innovations have opened the door for greater understanding and acceptance of index products, including fixed index universal life insurance (FIUL). As a reminder, FIUL is a permanent life insurance policy that allows for an opportunity to build accumulation value based on positive changes in an external market index or a fixed interest allocation. There is also a built-in annual floor that ensures the accumulation value will not decrease due to market volatility as the policy is not directly invested in the market (although certain fees and expenses will reduce policy values).

More than nine in 10 of respondents in the 2019 Life Insurance Needs Study said the ability to save enough to retire comfortably is important when planning for their financial future. Now more than ever, Americans’ need a diverse mix of financial products to help them achieve that goal and the financial services industry must do more to educate all clients about their options.

For clients that need death benefit protection, but also want the opportunity for increased flexibility for their finances as well as potential tax advantages, FIUL is a viable solution. The financial planning community has an excellent opportunity to educate female clients about the living and tax benefits of permanent life insurance. Providing this information can demonstrate a more complete understanding of their female clients’ needs and the potential solutions that might help those clients achieve their financial goals.

Of course, there are some important caveats to be mentioned here.

One has to do with policy loans against permanent life policies. Policy loans and withdrawals will reduce available cash values and death benefits, and may cause the policy to lapse or affect any guarantees against lapse. Additional premium payments may be required to keep the policy in force. In the event of a lapse, outstanding policy loans in excess of unrecovered cost basis will be subject to ordinary income tax.

As you may well know, if a policy is a modified endowment contract (MEC), policy loans and withdrawals will be taxable as ordinary income to the extent there are earnings in the policy. If any of these features are exercised prior to age 59½ on a MEC, a 10% federal additional tax may be imposed. Tax laws are subject to change. You and your clients should consult tax professionals to make sure you understand the tax implications of life insurance arrangements.

Another important caveat relates to FIUL terminology: Although an external index may affect the interest credited, a client should understand the policy does not directly participate in any equity or fixed income investments. Your FIUL clients are not actually buying shares in an index. 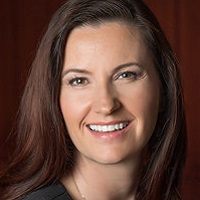