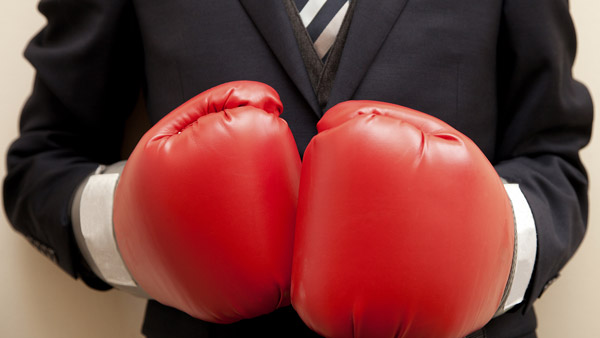 Do you know of anyone, who has voluntarily paid more tax than they were required to pay? I can’t think of any. Even people like Warren Buffett, who have famously said they should pay more, haven’t publicly said, “and that’s why I voluntarily pay the IRS more than I have to.” So, if we all pay, at most, what we’re obligated to pay, then is it fraudulent to use financial tools, like Roth IRAs, traditional IRAs, or tax deductions to reduce financial liabilities? Can you imagine anyone saying yes? I can. Dave Ramsey.

I know you don’t believe me, but that’s the beauty of the printed word. It says what it says. To prove this to you, we mosey on over to Dave Ramsey’s Dave Says column titled “You don’t fake poor,” published on June 10.

It starts normally, like every other Dave Says column with the salutation, “Dear Dave.” Jeanette tells Dave that a couple of her friends “were advised by their financial planners not to open college savings accounts for their kids,” but instead save for college using their own retirement accounts, because college savings accounts (presumably 529 plans) reduce college financial aid.

But, Jeanette’s confused, because she thought parental assets also reduce financial aid. So, she asks Dave to “shed some light” as to whether it would make a difference to save within a retirement account rather than a college savings account.

Now, this is a simple answer. A parent’s retirement account balance is not factored into college financial aid, but a 529 plan balance in excess of the asset protection allowance is. The income from the retirement account will reduce future aid but there’s an easy way to avoid this, which I’ll explain later. Therefore, the planner’s advice was correct. Yet, this wasn’t Dave’s take. Here’s what he had to say.

Instead of directly answering Jeanette, Dave says, “…if a financial planner told you not to get a job because then you can apply for welfare, are you going to listen…?” No, but if a planner told you to invest in something which will yield a greater tax benefit, or greater financial benefits, then would you listen? He follows this with, “What kind of moron gives financial advice like this?” And finishes by saying, “You don’t tell people not to save money for something, just so they can pretend they’re poor!”

I’ve got to stop here. I hate when people don’t answer the question. Reading Dave’s answer frustrates me about as much as watching a presidential debate (and no that’s not political because I felt that way watching the Republican debates too). Didn’t Jeanette, albeit indirectly, ask what account would be most advantageous to utilize in order to maximize college financial aid?

Jeanette’s question specifically states that her friends are saving. Thus, why did Ramsey say, “You don’t tell people not to save…?” Did he not understand her question? Did he not have enough time to respond, thoughtfully, thoroughly, rather than directly off the cuff? As a consultant, would responding in a similar way be appropriate?

Dave says, “I’m not going to pose as broke—fraudulently—to get financial aid for my kid.” Wait, how are Jeanette’s friends posing broke? Let alone, how are they doing so fraudulently? If they follow their planner’s advice, then they’re saving and investing within their own retirement accounts whose balances are excluded from financial aid calculations. Is this lying? Is this deceptive? Isn’t this using a simple rule, available to everyone? Is it okay to use a rule to lower financial burdens?

As an advisor, you already do this.

When your client loses her spouse, she becomes a qualifying widow for one year. Do you not discuss tax strategies now, while she has a favorable tax status? If you help her recognize more income in her current tax bracket and it’s lower than what it will be in the future, then doesn’t this lessen her future financial burdens? As a consultant, isn’t this expected of you? Isn’t this what you’re compensated for? Is this fraudulent?

What about when your client, a small-business owner, has a bad year, and is temporarily in a lower tax bracket. Isn’t it your duty, your responsibility, to discuss ways to benefit from this temporary change? If you choose to recognize income now, at a lower rate, then aren’t using reducing his or her future financial burden? Is this fraudulent?

What about every time Dave Ramsey recommends investing in a Roth IRA instead of a traditional IRA? Isn’t he recommending a Roth IRA, because he believes, over time, the tax-free growth will be superior to tax-deferred growth? Doesn’t this simply mean, he believes it’ll have a lower taxable liability and as such lower the listeners’ future financial burden?

Why MMT Haters Have It Wrong: Economist Michael Norman

The Trouble With the Grayscale Bitcoin Trust: Morningstar

In other words, doesn’t the college planning and Roth IRA planning do the same thing? Don’t both provide the family with greater benefits (money) and don’t both give the government less? So, while this advice isn’t fraudulent, the bigger question, is whether it’s prudent or not.

To simplify, I’ll compare a 401(k) plan since 401(k) plans allow for loans. We’ll assume this is a husband and wife, both contributing equally to their 401(k)s, at least double the amount that they’d invest into a 529 plan, and with children 10 years away from attending college.

In this example, we’ll use monthly contributions of $400. Using the 12% federal tax bracket and a state that permits 529 plan contributions to be deducted, then to equally affect the net pay for each scenario, the 401(k) contribution would be $454 per month while the 529 would be $400 per month. After taxes, both reduce the take-home pay equally.

I haven’t forgotten that the 401(k) loan must be repaid within 5 years, and the interest paid on the loan is paid with after-tax dollars. I’ll adjust for the latter, but not for the former, since any planner would address this from the onset. If these conditions couldn’t be met, or were unlikely to be met, then the planners Jeanette mentioned wouldn’t have suggested this option.

We don’t need to adjust the 401(k) scenario by the reduced earning on the withdrawn amount because we’re comparing the utilization of 401(k) dollars versus 529 plan dollars. In both examples, these dollars are being spent. We must, however, adjust the 401(k) scenario by the amount the future non tax-deductible loan payments affect taxable liabilities.

Here’s what that looks like. If the investment continues to earn 3% growth during the distribution phase, then in the 401(k) scenario this allows annual withdrawals of about $19,900 (in today’s dollars). Since the loan payments are non-tax deductible, this would increase our couple’s taxable liability by roughly $540. Which just means, they could’ve invested an additional $626 (annually for each loan) if it all had been deductible. Over the life of the loans this comes to $12,528. Which would bring the $76,117 401(k) scenario balance to $63,589 or about $3,500 less than the 529 plan scenario balance.

Now we must adjust the 529 scenario for reduction in federal aid. Assuming the entire balance will be above the asset protection allowance (since the parents hopefully have other assets), then we must reduce the 529 plan scenario balance by a bit more than $8,000.

What Seems to Work Better

Now we must adjust for additional tax credits, which range from $2,000 to $2,500 annually. Again, remembering the purpose of the 529 plan was tax-free growth, the distributions must be excluded and cannot be used to qualify for these credits. And if these credits were used to increase 401(k) contributions, then over four years, the 401(k), or parents’ retirement account, scenario is approximately $15,000 better.

Importantly, I’m not saying using a 401(k) loan is always superior. I gave an example I purposely chose to show how it can be superior. I made assumptions that helped prove my point.

The biggest point is, why wouldn’t you advise a client to utilize a tool which gives them greater financial benefits?

Is it fraudulent to use tools that achieve that goal? Of course not. As financial professionals, it is our duty and responsibility to use a level of care, thought, and thoroughness when answering questions. We can’t rely on preconceived notions. If nothing else, this is why clients shouldn’t listen to Dave Ramsey for anything other than entertainment.

Michael Jay Markey Jr. is a co-founder and owner of Legacy Financial Network and its associated companies. He has been a member of the Million Dollar Round Table member and a winner of Court of the Table and Top of the Table honors.