The MEPs' expanded rules may look advantageous but they still pose potential pitfalls that must be considered.

Final rules governing multiple employer plans (“MEPs”) are now on the table, leaving many small business owners wondering both what they should do to take advantage of the new rules and what they need to consider before jumping in.

Small business owners have a wide variety of retirement planning options to choose from, but the MEP is one that can offer the chance of minimizing the fiduciary risks and administrative expenses associated with providing employees with a 401(k) savings option. Despite the fact that the expanded rules may, at first glance, seem entirely advantageous, however, MEPs still pose potential pitfalls that must be considered—and employers should also consider the evolving retirement legislation proceeding through Congress before employers leap into MEPs.

The new MEP regulations expand the availability of the MEP structure—which was previously limited to small businesses with a strong connection, such as those operating in the same industry—so that small business owners can now join with other entities to share in the costs and burdens of providing a qualified retirement plan if they merely operate in the same general location.  The participating employers can be located in the same city, county, state or even multi-state region.  Companies operating in the same industry can join together even if they operate in entirely different regions.

Under the rules, either a permitted group of employers or a professional employer organization (PEO) can act as the “plan sponsor” of the MEP, which must operate as a defined contribution plan such as a 401(k). Procedurally, the group of employers can join together to form an association, which must be a bona fide organization with operational documents and a substantial commonality of interests unrelated to providing the retirement benefits (shared locality is sufficient; the common interest need not be the “primary” interest in forming the MEP)—meaning that the regulations declined to adopt the “open MEP” approach.

The new rule adopts a safe harbor for circumstances where a PEO is involved. When a PEO is used, that PEO must generally accept administrative responsibility for paying wages to the employees of the employers participating in the MEP, including all withholding and reporting responsibilities related to the payment of wages. The PEO must also have a role in recruiting, hiring and firing employees of the participating employers, and must play a substantial role in administering the employers’ benefit offerings.

Considerations Before Jumping Into the MEP Pool

As MEPs become more prevalent, employers should be careful to consider all relevant issues that can arise in using the MEP structure. First, while self-employed workers are entitled to participate in the MEP if the owner works at least 20 hours per week or 80 hours per month in the business and meets certain income restrictions—but self-employed individuals are not entitled to participate if the MEP is operated by a PEO.

Further, employers need to consider the “one bad apple rule” that could jeopardize the entire MEP in some cases. Under the one bad apple rule, the entire MEP could be disqualified based upon the actions of only one employer that participated in the plan—based upon the assumption that the MEP is to be treated a single unified plan. Although the IRS and Treasury have proposed rules that would mitigate the potential impact of the rule, those rules are not yet effective—meaning that, until further notice, the one bad apple rule remains fully in effect.

Finally, the SECURE Act retirement legislation that has been passed by the House and is currently under consideration in the senate could impact the desirability of MEPs going forward. Under the SECURE Act, MEP availability would be expanded even further to permit “open MEPs”, which are MEPs formed by employers with no commonality of interest other than offering the retirement benefits under the plan.

The MEP structure may provide an attractive retirement savings option for many small business employers who have been wary of providing a 401(k) option to employees—but in some cases, it may be beneficial to take a “wait and see” approach to determining whether to leap in under the currently available rules.

Robert Bloink, Esq., LL.M., has taught at the Texas A&M University School of Law and the Thomas Jefferson School of Law; in the past decade, Bloink has initiated $2B+ in insurance & alternative asset class portfolios, and previously served as a senior attorney in the IRS Office of Chief Counsel for the Large- and Mid-Sized Business Division. Bloink is also the co-author of Tax Facts, a reference solution that helps to answer critical tax questions and provides the latest tax developments.

William Byrnes, Esq., LL.M., CWM, is an executive professor and associate dean of special projects at the Texas A&M University School of Law. A pioneer of online legal education, he also is the author or co-author of 20 tax books and legal treatises. Byrnes is also the co-author of Tax Facts, a reference solution that helps to answer critical tax questions and provides the latest tax developments.

While much of the new guidance is technical in nature, understanding what we don’t yet know can be important to advising clients on important questions. 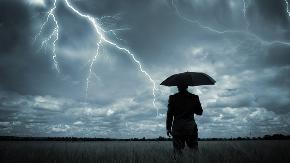 How Advisors Can Help Retirement Clients Weather a Market Meltdown

Now is the time for advisors to prove their value and make sure they and their clients “don’t do anything dumb,” Cerulli's Scott Smith says.

Many taxpayers have “side gigs” that can involve gains or losses that are big enough to have important tax implications.