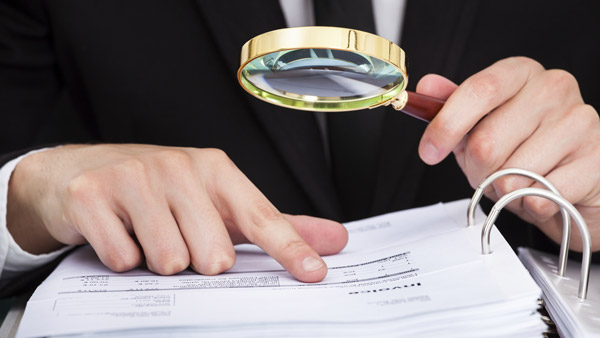 Harry Markopolos — a forensic accounting analyst who warned the U.S. Securities and Exchange Commission, early on, that something was wrong Bernie Madoff’s financial statements — says the situation at General Electric’s long-term care insurance (LTCI) reinsurance business is much worse than the company has admitted.

Markopolos gives that assessment in a new report on GE.

(Related: LTCI Reinsurer Guards Against Problems at Its Own Reinsurers)

Between now and the first quarter of 2021, when new Generally Accepted Accounting Principles (GAAP) rules take effect, GE will also have to take a $10.5 billion non-cash charge related to the new GAAP rules, according to the Markopolos report.

GAAP rules govern the financial reports prepared by U.S. companies that sell stock to the public.

Markopolos also contends that GE has not given securities analysts and others a clear picture of its finances.

Markopolos says he has based his report on public financial reports, news articles and reports; data from the National Association of Insurance Commissioners databases; and data from AM Best databases.

In part because of Markopolos’s track record as a Madoff whistleblower, the new report has received extensive coverage from major financial services news organizations, including the Wall Street Journal, Forbes, the New York Times and CNBC.com.

Here are five more things to know about the Markopolos report, for agents.

1. GE is blasting Markopolos’s and conclusions.

“The claims made by Mr. Markopolos are meritless,” GE said in a statement released today. “The company has never met, spoken to or had contact with Mr. Markopolos, and we are extremely disappointed that an individual with no direct knowledge of GE would choose to make such serious and unsubstantiated claims. GE operates at the highest level of integrity and stands behind its financial reporting.”

“We believe that our current reserves are well-supported for our portfolio characteristics, and we undertake rigorous reserve adequacy testing every year,” GE said. “The future implementation of the GAAP insurance accounting standard does not align GAAP and statutory reserves as Mr. Markopolos alleges, but rather will be dependent on a number of variables that will not affect statutory accounting, which drives our funding requirements.”

GE will always take any allegation of financial misconduct seriously. But this is market manipulation — pure and simple. Mr. Markopolos’s report contains false statements of fact, and these claims could have been corrected if he had checked them with GE before publishing the report. The fact that he wrote a 170-page paper but never talked to company officials goes to show that he is not interested in accurate financial analysis, but solely in generating downward volatility in GE stock so that he and his undisclosed hedge fund partner can personally profit.

Leslie Seidman, a GE director and chair of the company’s audit committee, said this:

The representations by Mr. Markopolos about GE’s accounting practices are simply not accurate. The report contains numerous novel interpretations and downright mistakes about the actual accounting requirements, making his conclusions about GE’s reporting questionable at best. In his own words, he stands to personally financially benefit from today’s significant market reaction to his report, and he is selectively front-running widely reported regulatory processes and rigorous investigations without the benefit of any access to GE’s books and records. I urge readers to carefully consider the motivation behind this report as well as the reliability of the analysis underlying his opinions.

2. Markopolos himself says he has a strong financial incentive to be hard on GE.

Members of the public who want to see his report first have to acknowledge that they have read his disclosures.

Markopolos says in the disclosures that members of his company, Forensic Decisions PR LLC, personally have “securities, derivatives, and/or other financial instruments” that will generate a profit if the price of GE’s stock falls.

Here’s part of the text of the disclosures:

Lastly, members of the Company are personally in possession of securities, derivatives, and/or other financial instruments of, and/or relating to, GE, which may generate profits should the price of GE securities decrease.

3. Markopolos says he thinks Unum Group and Prudential Financial Inc. have done a good job with their LTCI blocks.

4. Markopolos also has nice things to say about Genworth and CNO.

The GAAP-GAP gap is just 11% at Unum, 7% at Prudential, 6% at Genworth, and 0% at CNO Financial Group Inc., according to the Markopolos report.