We’ve been studying a trend in residential real estate: how, in the low-odds of a post-recession economy and flat wages, some young people are still managing to buy their first homes.

For five years now, Legal & General has conducted research in the U.K. called the Bank of Mum and Dad (BoMaD), through which we’ve determined that at least a quarter of young homebuyers wouldn’t have been able to afford to buy a home without financial help from their parents, grandparents and loved ones.

Last fall, we decided to look into the Bank of Mom and Dad’s role in the U.S. housing market and whether there were any similarities. Though the market here in the U.S. is far bigger, the findings were similar: the recently released U.S. Bank of Mom and Dad study found that 29% of U.S. parents and grandparents surveyed have provided financial assistance to children and grandchildren purchasing property. But one back-story aspect of BoMaD that deserves notice is how much parents and grandparents are sacrificing, with regard to the quality of their golden years, to help the younger generation get on the housing ladder.

The research found that the Bank of Mom and Dad unambiguously plays a major role in the U.S. housing market: In 2018, over a million American parents and grandparents ponied up $41 billion to help their kids buy a first home. But the generosity and support many people choose to provide younger family members often compromises their own finances, if not quality of life. Older generations that statistically hold more wealth are helping kids and grandkids purchase property throughout the country. But the data indicates that many don’t really have sufficient wealth themselves to do so without impacting their own retirement plans.

How are they doing it? The BoMaD study shows that 54% of “lender” contributions come directly out of their cash savings for retirement. An additional 15% of those we surveyed reported that they took out loans to help their kids. Almost one in six (15%) are accepting a lower standard of living and about the same number believe that they are financially worse off as a result of paying it forward to the degree that they have; 14% also said they feel their financial future is less secure. The study found that the number of BoMaD lenders accepting a lower standard of living was higher among those in the Mid-Atlantic states, with over a quarter of respondents from this region also reporting feeling less financially secure.

How Should Advisors React to the GameStop Squeeze?

Other sources of funding that BoMaD lenders have used, or would consider using to assist younger family members, include raiding either their IRAs — as 8% of respondents reported — or their 401(k)s (another 8%). Seven percent refinanced their homes, and 6% downsized to a smaller property themselves. All this should be viewed in light of the finding that 37 percent of moms and dads are actually givers, not lenders: they don’t expect to recoup any of that money. An additional 33% provided no-interest loans to their kids; the remainder made loans at far below market rate.

To round out this disturbing picture, 7% of BoMaD lenders actually postponed their own retirement after helping younger generations get onto the housing ladder — 39% of these by three years or more. Having reached a well-deserved stage of rest after a long working life, and in many cases having already substantially helped their kids through college, 5% even came out of retirement to help their kids toward a lifestyle they may have come to expect growing up in the relatively greater affluence of previous decades.

What does this say about the current generation of parents and children? To be sure, younger generation buyers have a difficult economic tightrope to walk — more so than the relatively prosperous circumstances of their parents’ youth. This is not lost on BoMaD lenders: 51% of those we surveyed think it’s harder for younger generations to buy a home than it was for them. Most of them (71%) cited out-of-sight property prices; and 63% felt that the lack of wage increase in their children’s incomes, relative to the increase in housing prices, was a huge factor, as well.

Their generosity came across in another finding, namely that lenders — operating on an emotional basis — were unlikely to take professional advice when helping their kids and grandkids financially. Before gifting or loaning the money, nearly half of respondents (48%) didn’t or wouldn’t seek any professional advice about their choices. Whatever their source of funding, only a quarter of BoMaD lenders sought advice before they helped their kids financially. That number seemed surprisingly low to me, being in an industry that’s all about securing financial futures. Shouldn’t we be encouraging more people to seek advice, to ensure that helping younger family members won’t leave them short of money in later life, or concerned about their own finances?

Every state has a college savings plan that allows for tax-free contributions and withdrawals for educational purposes; doubtless these plans are a stronghold for U.S. moms’ and dads’ funding of their kids’ undergraduate studies. But parents don’t get similar help when it comes to helping their kids onto the homeownership ladder. Until now, the American Dream has had the built-in assumption that by the time someone is ready to retire, they will have already secured a home in addition to their education, and with luck, have some equity to live out their golden years. BoMaD tells a very different story. 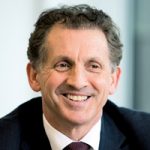 Nigel Wilson was appointed group chief executive of Legal & General in 2012, having joined as group chief financial officer in 2009. He won the ‘Most Admired Leader’ award at Britain’s Most Admired Companies Awards 2017, for Management Today. In 2015-2016, Nigel was a member of the Prime Minister’s Business Advisory Group.  He can be reached at [email protected].

How Should Advisors React to the GameStop Squeeze?