Remember that civics class you had to take in high school? If so, you might recall that the federal government possesses only those powers delegated to it by the U.S. Constitution. All remaining powers are reserved for the states or the people.

This is the main principle of the 10th Amendment to the Constitution. And for approximately 240 years, there has been a healthy tension between the states and federal government with respect to the authority and role of each.

A review of history teaches us that the founding fathers struggled with the tension that exists between states’ rights and a federal government. James Madison and Thomas Jefferson were both advocates for small and limited federal government. Both feared that a large central government would be too close to a monarchy. Alexander Hamilton, whom many suspected of being a monarchist at heart, favored a larger central government. Hamilton feared local democracy because it would allow control by the “masses.”

Since its ratification in 1791 there has always been issues between states’ rights and federal authority. However, over the past 10 years, the tension between the states and federal government has risen dramatically. We are now witnessing the impact of this tension on many policy issues, from sanctuary cities and immigration to health policy (Medicaid, Affordable Care Act) and pro-life/pro-choice policies.

How is this relevant to the employee benefits industry?

The Affordable Care Act (ACA) is illustrative. The federal government enacted a broad law imposing many new requirements on both individuals and states. Many states resisted the implementation of key elements of the ACA and sued in federal courts to either stop or limit the implementation. On one key issue the states were successful: the Medicaid expansion provisions of the ACA, which punished states for not adopting the federal rule by reducing other federal money.

Ruling with the 10th Amendment in mind, the U.S. Supreme Court noted that the federal government is not permitted to “put a gun to the head” of the states to achieve federally mandated results.

The Supreme Court held that states could elect to participate in Medicaid expansion but could not be forced to do so. As a result of that decision (and other similar decisions), during the 10 years that have passed since the law was enacted, the ACA has been, in some observers’ eyes, significantly watered down, resulting in a divergence in implementing (or not implementing) key components of the law at the state level. For example, some states have refused to implement the Medicaid expansion requirements, and some have expanded the eligibility of individuals to participate in Medicaid. Other states took an active interest in the development and introduction of insurance exchanges, while others participated at the absolute bare minimum.

12 Tips for Clients Who Are Digital Nomads

When signed into law, the ACA represented a significant expansion of the federal government into areas that have traditionally been left to the states, reminding us all that the 240-year-old tension between states’ right and federal authority is alive and well in the 21st century.

What is clear is the trend that certain states are picking up the ACA’s goals and attempting to incorporate certain elements of the ACA’s policy part of that states expanding social contract with their citizens. This means that instead of one federal law that establishes the rules for all fifty states we could end up with one federal law that establishes general guideline for the fifty states but up to fifty different sets of rules to contend with.

The impact on employee benefit advisors

Based on experience and history, it is likely that by 2024 the benefits broker and her or his client will have to navigate many, many different state laws in order to remain compliant. Independent brokers with limited access to national resources will likely find it much more difficult to provide the level of services their clients deserve. Adding to the mix, a small number of states may attempt to push the envelope on new social contracts that go well beyond what is required by federal law. We may see attempts to introduce “single payer” healthcare in their states. While every state that has tried to implement single payer has either failed in the attempt or abandoned the endeavor, certain states may likely continue to push this and other ideas.

For employee benefit brokers, this will translate into the need to adjust their individual business models to consider the fact that their state may be a single-payer market. Expanding into ancillary products, human capital management advising and technology advising are areas into which they should consider expanding in order to diversify their revenue (particularly if they are not already advising in the property casualty or financial services advising spaces).

If anyone has ever read the Federalist Papers, they’ll recall Madison was quite clear that the intent of the 10th Amendment at the time of its writing in 1789 and ratified in 1791 was to preserve the rights of states and to define the integration or relationship of the federal government and state government.

Given these recent developments, the tension between the states and federal government may be decidedly leaning toward the states in the next few years. The smart benefits broker will recognize this trend and take steps to ensure that she or he continues to be ready to provide value-added assistance to his/her clients. 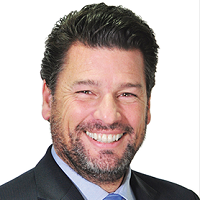