Why College Is Worth It: New York Fed Data

As families get ready to spend thousands of dollars for the upcoming college academic year, some wondering if they’re making a worthwhile investment, consider this: New college grads consistently earn between 50% and 70% more than young workers without a college degree, according to data from the Federal Reserve Bank of New York.

Moreover, the unemployment rate of new college grads, defined as those aged 22 to 27 with a bachelor’s degree, is consistently about half the jobless rate for young workers who don’t have a degree. Even during recessions, new college grads fare much better than their non-college counterparts. 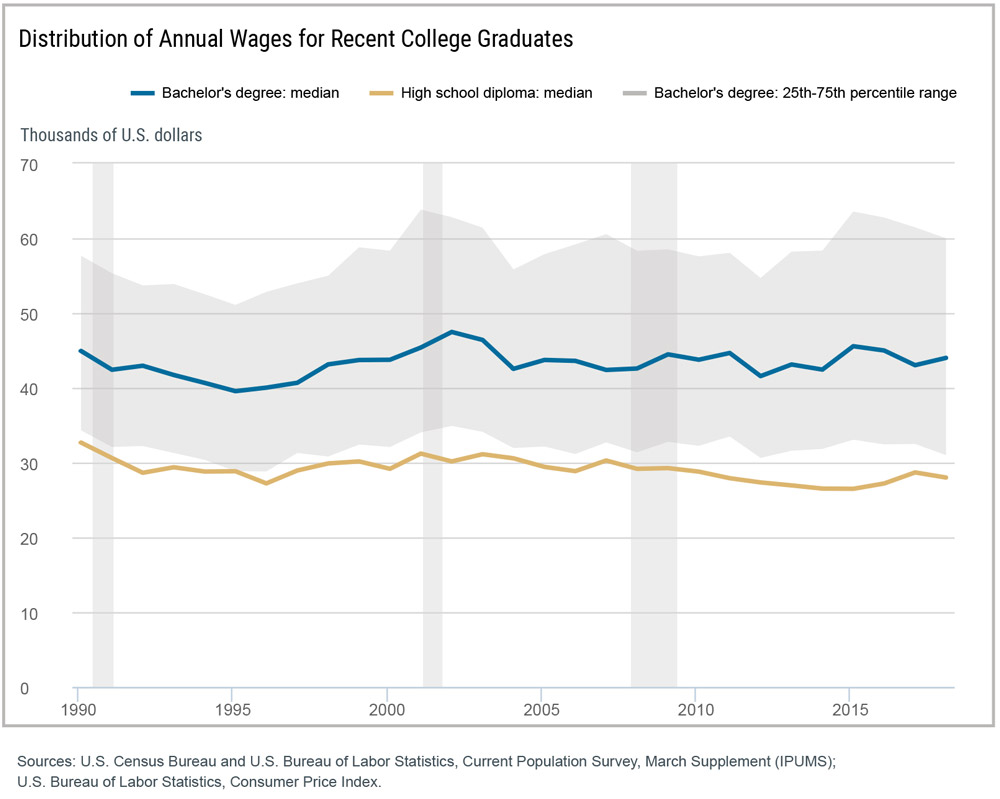 Recent college graduates also had lower rates of underemployment compared with previous years. The underemployment rate refers to having jobs that don’t require a college degree.

How to Talk With Young People Without Sounding Like a Dinosaur

The latest New York Fed report, like previous ones, also shows that engineering jobs, including chemical, electrical, aeronautics and civil engineering jobs, are the highest paying jobs for college graduates in their early and mid-careers, with wages starting near $60,000 early and growing to $90,000 to over $100,000 later on. Performing arts, liberal arts and early childhood education were among the lowest paying jobs.

How to Talk With Young People Without Sounding Like a Dinosaur