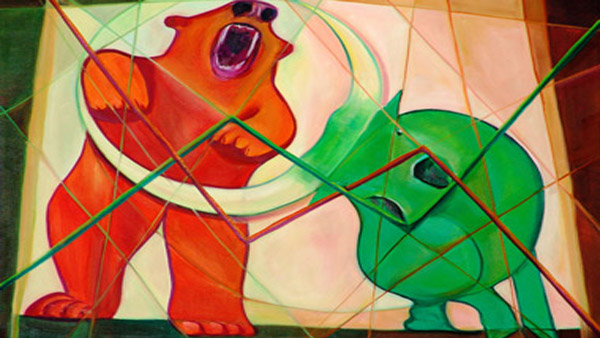 On Saturday, the bull market officially passed the 10-year mark. Now is a good time for investors to review their portfolios and rebalance holdings, adjust for risk or diversify into alternatives, if they haven’t already, says Tim Clift, chief investment strategist of Envestnet.

One example, Clift notes, is if someone had a buy-and-hold 60/40 portfolio at the beginning of the bull market in 2009 and hadn’t touched it; with the quadrupling of the market, it would now be about an 85/15 mix.

“If you’re not paying attention, you’ve just taken on an enormous amount of risk,” Clift told ThinkAdvisor. “The idea is you should have a more formal structure for rebalancing, whether it’s quarterly or annually, and take a long look at the allocation and make sure it’s where you want it to be. Look at your risk tolerance, your time horizon, and your goals overall.”

Rebalancing also may be needed due to life changes, for example, a divorce, an inheritance or even a child going to college, he says.

But especially with the bull market turning 10 years old, he urges caution. “It’s clearly not the beginning or the middle, it’s just where it’s going to end, and we don’t know if that will be in the few months or in the next year or two.”

He highly recommends taking “gains off the table” that may have been made through the market rally. They might be leaving your portfolio “too exposed.”

Also, liquid alternatives can protect downside risk or reduce downside exposure, or even do well when markets are falling, and are good ways to diversify a portfolio at this juncture, he says.

He recommends alternatives that do well as interest rates rise: Market neutral or merger arbitrage strategies are different from strategies that directionally follow the markets. “There’s also alternative fixed income products that are much more flexible around duration and quality of portfolios,” he says. “These are the alternatives that tend to do well toward the end of bear markets, going into bull markets, or when markets are volatile.”

Clift also recommends tax-loss harvesting, especially in volatile markets. “The fourth quarter [2018] was a good example where the market had a big dip. There were opportunities to sell some [holdings] that were down to offset gains,” he says. “Having a specific strategy around tax managing the portfolio is really important.” He adds that proper tax management of a portfolio can “add hundreds of basis points of return to a portfolio.”

Political actions and geopolitical news can “create noise in the market and cause a lot of volatility,” Clift says. “Ultimately, the markets are driven more by what the Fed has done, where interest rates are and where inflation is — that’s what we watch closely.”

Further, at least for the last 18 presidential cycles, the third year of a president’s first term has always been positive for the stock market, Clift explains. The reason: Presidents want to be re-elected so do anything, like reduce taxes, to spur the economy.

“So there’s a reason to be optimistic for this year anyway,” he says. “But there also are concerns out there like the trade deal or geopolitical issues or lawsuits or potential impeachment, you can go down the list, so I wouldn’t bet the table that everything will go smoothly.”

Therefore, the best advice, Clift says, is to tidy up your portfolio, understand the risk within, and if it has had a great run, “maybe it’s time to tail it back a little bit, or diversify the asset classes or add alternatives. Now’s the time to probably be a little bit more cautious when you’re toward the end of a bull market.”