New Leaders Take Over in Washington

All eyes will be on the Democrat-controlled House committees that influence policies affecting advisors and broker-dealers. 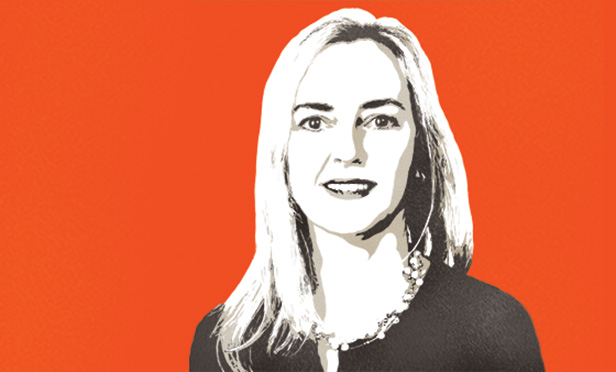 Despite the new year kicking off in the midst of a government shutdown, new faces don the leadership of congressional committees that will play a critical role in crafting — and potentially passing — legislation that impacts advisors and broker-dealers. The new democratic congressional leaders also are poised to tighten the screws on regulators.

Rep. Maxine Waters, D-Calif., the new chairwoman of the House Financial Services Committee, is expected to be an aggressive overseer of the Securities and Exchange Commission’s advice-standards rule proposal that may be finalized in the first part of 2019 — specifically the plan’s much-debated Regulation Best Interest.

Now at the helm of the House Education & Labor Committee, which has jurisdiction over the Department of Labor, is Rep. Bobby Scott, D-Va., a supporter of Labor’s now-defunct fiduciary rule.

Scott joined Waters last year in chastising the U.S. Court of Appeals for the Fifth Circuit’s ruling to vacate Labor’s fiduciary rule, arguing in a joint statement that killing the rule “will only benefit unscrupulous financial advisers who put their own financial interests and profit motives ahead of their retirement clients.”

Labor signaled in its fall 2018 semi-annual regulatory agenda that it was working on a new fiduciary proposal. Attorneys remain divided on whether the SEC can finish its advice-standards package early in 2019, particularly because the government shutdown had the securities regulator operating with a skeleton crew. Labor, however, remained funded and fully staffed.

Waters — who promises to crack down on abusive financial practices, ensure “strong safeguards” are in place to prevent another financial crisis and conduct keen oversight of regulators — argued in comments on the House floor in early January that the government shutdown “has all but closed the doors of the SEC, furloughing 94% of the agency and essentially providing fraudsters and schemers with a free pass to swindle investors and small businesses.”

With a “crew of less than 300 staff, the SEC cannot possibly oversee the activities of the over 26,000 registered entities, such as investment advisers, broker-dealers, and stock exchanges. Worse, the SEC is unable to hold bad actors accountable through most enforcement actions, preventing harmed investors from obtaining relief,” Waters stated.

Duane Thompson, senior policy analyst at Fi360, a fiduciary education, training and technology company, told me that he expects Labor “to pass a ‘fiduciary-lite’ rule comprising safe harbors for certain advisory activities after the SEC adopts Regulation Best Interest.” Another variable that could hinder the SEC’s ability to see an advice standards package through to completion are new commissioners.

As Bob Plaze, former co-director of the SEC’s Division of Investment Management, who’s now a partner at Proskauer Rose in Washington, told me recently, SEC Chairman Jay Clayton “will have two new commissioners to deal with who did not participate” in pushing out the original proposal last April, Plaze said, speaking of newly christened Commissioner Elad Roisman, a Republican, and the vacant seat left by Kara Stein, a Democrat, who stepped down at year-end.

“None of the commissioners who considered the original proposal seemed very happy about it for an assortment of reasons,” noted Plaze. (Republican Commissioner Hester Peirce and Democratic Commissioner Robert Jackson both voiced reservations, but Stein cast the sole dissenting vote.)

Barbara Roper, director of investor protection at the Consumer Federation of America, added in her comments to me that the fate of the SEC’s advice-standards package hinges on whether it’s passed on a 3-2 “partisan” vote. That is, if the votes to pass the package come from Clayton along with Republican Commissioners Peirce and Roisman.

“Unless Chairman Clayton is willing to work with Democratic Commissioner Jackson to strengthen the rule,” Roper continued, “it is all but guaranteed that the rule would be back on the Commission’s agenda as soon as there is a Democrat in the White House” and an SEC chair is appointed to “reopen the rulemaking.”

As with the now-defunct fiduciary rule, “brokers could once again spend a year or two, and millions of dollars, coming into compliance with the [SEC] rule, only to see it evaporate as early as 2021,” Roper said.

“That’s a bad outcome for investors and for the industry and would be a real black mark on Chairman Clayton’s legacy.”

Commissioner Jackson, Roper added, “has made it clear that he’s willing to work to find a compromise. That’s presumably why he voted to propose the rule despite deep reservations about the details.”

Further, “it is absolutely possible, without starting from scratch, to develop a standard that respects differences in the two business models [broker and advisor] but provides meaningful protections for investors. But the current proposal doesn’t get us there.”

One “concrete example of how the rule weakens protections for investors,” Roper continued, is that “it is explicit in stating that even brokers in long-term relationships with customers, where they provide periodic recommendations and market the relationship as one of trust, would have no duty to monitor that account between recommendations.”

While there is “no explicit monitoring requirement now under suitability, investors who make claims based on failure to monitor have a decent chance of winning in arbitration where the facts and circumstances warrant it,” Roper argued.

Rep. Richard Neal, D-Mass., wrested control of the House Ways and Means Committee from former Chairman Kevin Brady, R-Texas, and is likely to spend his time as head of the powerful tax-writing committee focusing on retirement issues.

Kara Getz, senior counsel for the Ways and Means Committee, said during a panel discussion at the American Society of Pension Professionals and Actuaries (part of the American Retirement Association or ARA) annual conference in National Harbor, Maryland, in late October that “retirement is one of Neal’s biggest priorities,” and that as chairman of the Ways and Means Committee, retirement will be his No. 1 priority, which is very unique.”

To brace for a retirement-focused Congress, the ARA said in early January that it revamped its government affairs leadership team by hiring veteran ERISA attorney Allison Wielobob as its general counsel and Will Hansen to fill the new role of chief government affairs officer.

Wielobob, who joined ARA on Jan. 28 from her post as of counsel at the Washington office of international law firm Eversheds Sutherland, said that she expects this to be a busy year on the retirement policy front.

As 2018 came to a close, “both congressional bodies seemed to be positioning to negotiate on retirement proposals,” Wielobob said. “These will continue to be a priority on the Hill.” The House passed late on Dec. 20 Brady’s 257-page retirement and tax package that includes the Retirement, Savings, and Other Tax Relief Act of 2018 and the Taxpayer First Act of 2018. But the measure was not taken up by the Senate.

The retirement and tax package primes 2019 for much debate — and potentially big changes — for industry officials to digest in the new year.

Wielobob also sees movement from Labor “on a variant of the fiduciary rule in the coming year — perhaps something that dovetails with the SEC’s work” on its advice-standards package.

Shai Akabas, director of economic policy at the Bipartisan Policy Center in Washington, told me in a mid-January email that Neal “has long been a champion of retirement security who works across party lines. Because of that, we’re looking forward to a busy and productive year when it comes to retirement policy.”

Washington Bureau Chief Melanie Waddell can be reached at mwaddell@alm.com. 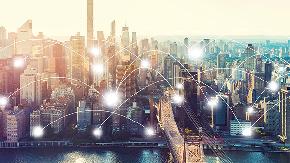 Advisors will find new goodies on their platforms as IBDs and national RIAs look to expand their offerings.