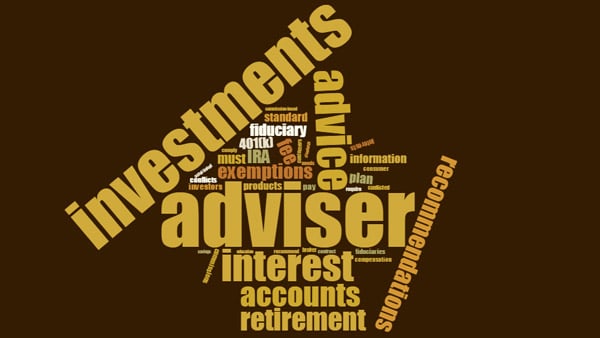 While the SEC’s pending best interest proposal is further delayed by the government shutdown, several individual states are moving ahead with their own fiduciary proposals.

Last Friday, Nevada Securities Division introduced a fiduciary rule to implement legislation that had passed in mid-2017, and is soliciting public comment until March 1. The proposed rule, however, allows the “Administrator” to adopt the SEC’s “fiduciary duty-related rule” so long as the SEC’s regulation “doesn’t materially diminish the fiduciary duty” included in the Nevada statutes.

The rule covers broker-dealers and sales representatives who provide investment advice, manage client assets, perform discretionary trading or otherwise establish a fiduciary relationship, and it defines BDs and sales reps to include even those who call themselves advisors, financial planners, financial consultants, retirement consultants, retirement planners, wealth managers, counselors or “other titles that the Administrator may by order deem appropriate.”

A broker-dealer or sales rep that calls themselves a financial planner or wealth manager would be subject to the fiduciary rule.

The proposed rule allows all of those under its jurisdiction to receive commissions “so long as it is in the client’s best interest to be charged by transaction as opposed to other types of fees” and to sell proprietary products so long as that information is disclosed and other condition are met.

Nevada is likely to be first state to adopt a fiduciary rule, possibly by year- end, according to Andrew Remo, director of legislative affairs at the American Retirement Association. But he expects the final rule will be challenged in court if, like the proposed rule, it does not include a carve-out for retirement plans covered by the federal Employee Retirement Income Security Act of 1974 (ERISA).

“ERISA plans should be carved out of any state-based standard because they are already subject to a federal fiduciary standard,” said Remo.

New Jersey could soon follow Nevada in proposing its own fiduciary rule that would cover BDs, agents, investment advisors and investor advisor reps.

The state’s Bureau of Securities issued a “pre-proposal” last October noting that “investors remain without adequate protection from broker-dealers who, under the suitability standard, are permitted to consider their own interests ahead of their client’s interests when making investment recommendations.” The pre-proposal also referred to the “regulatory gap that currently exists” since a federal appeals court nixed the DOL fiduciary rule and the SEC has still has not issued its own best interest rule.

In New York State, Assemblyman Jeffrey Dinowitz has re-introduced the Investment Transparency Act which would require that investment advisors who are not subjective to a fiduciary standard  disclose that fact in plain language to clients, and include it in brochures, advertising materials and other materials provided to clients. The bill is more likely to pass this year than last since the State Senate, like the Assembly, is now led by Democrats.

In Maryland, the Financial Consumer Protection Commission has issued a report asking the state legislature to raise investment advice standard, which could include a fiduciary provision, according to Marcia Wagner, founder of the Wagner Law Group.

““The longer it takes for federal guidance to be issued, the greater the likelihood that action will be taken in New York or Maryland and that other states may introduce legislation,” she tells ThinkAdvisor.