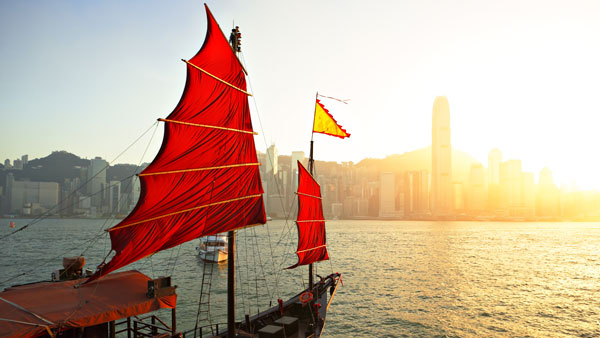 TTTN tracks the Nasdaq China US Internet Tiger Index, which was created to represent the performance of internet-related leading companies in China and the U.S. TTTN is offered as a commission-free ETF on Tiger Brokers’ global platform and has an  expense ratio of 0.59%.

“Today, China and the U.S. are homes to a handful of so-called “internet titans,” which are the leading companies involved in a variety of rapidly growing internet-based industries that increasingly impact people’s daily lives across the globe, including e-commerce, cloud, search, social media, artificial intelligence, travel services, streaming media, online gaming, and more,” Yang Xu, CEO of TigerShares said in a statement. “The most successful internet titans enjoy first-mover advantages, scale economies, and brand dominance across multiple, high-growth categories worldwide.”

Amplify ETFs launched a new index-based ETF that seeks uncapped exposure to the S&P 500, while buffering against the possibility of significant losses.

SWAN will invest primarily in historically low-volatility U.S. Treasuries ranging from two- to 30-year durations, which cumulatively match the initial duration of the 10-year note. The remaining assets will be utilized to purchase “in-the-money” calls, with a strike price below the current price on the S&P 500.

SWAN capitalizes on the frequently negative correlation between Treasury bonds and U.S. stocks during periods of market volatility, creating a portfolio that offers exposure to equity returns with a downside buffer in one ETF. It has an expense ratio of 0.49%.

The Ellington Trium Alternative Credit UCITS Fund is set to be launched this quarter and will be seeded by the partners of Ellington.

Founded in 1994, Ellington has experience managing portfolios for multiple UCITS, specifically acting as a sub-manager for a credit long/short mandate within a large multi-manager UCITS since August 2015.

Established in December 2014, Trium UCITS was rolled out to capitalize on the momentum alternative UCITS has gained among investors in Europe and beyond over the past decade.

BondView launched today a fintech platform to assist mutual funds with the challenge of setting and monitoring Highly Liquid Investment Minimums (HLIM) as prescribed under the new SEC rule 22e-4.

The SEC defines HLIM as the minimum amount of the fund’s net assets that must be invested in highly liquid investments to ensure that they are prepared to meet redemption requests without significant dilution of remaining investors’ interests. In determining HLIM, a fund is required to consider investment strategy and cash flow factors as they apply during both normal and reasonably foreseeable stressed conditions.

BondView’s LiquidityRisk, which  will initially be available for municipal bond funds, provides Implied HLIM targets based on actual historical redemption data. Fund management can review the real-world performance of both their specific fund and its peer group over varying historical periods. Peer group members can be filtered by fund size to ensure that smaller sized funds are fairly assessed when compared with larger funds.

The tool also has several customization options for funds to fine tune HLIM based on their specific circumstances as required under the rule, including the application of available credit facilities designed to better manage short term liquidity

— Read last week’s portfolio product roundup here: Are You Vegan and Worried About the Climate? There’s an ETF for That: Portfolio Products