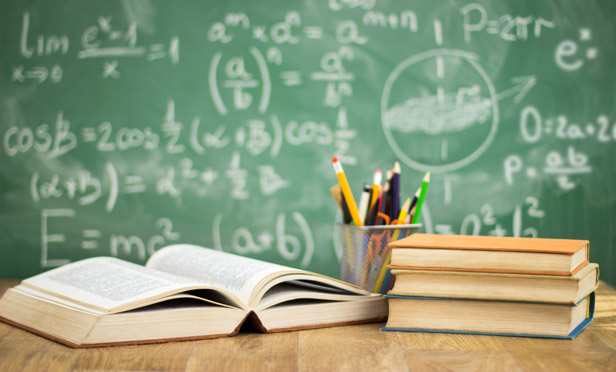 It’s no secret that public-school teachers are paid too little, or that the problem won’t be remedied overnight. But there is something the U.S. can do right now to give teachers a more prosperous future, and the cost to taxpayers would be trivial.

I’m referring to teachers’ retirement savings plans, or 403(b)s. Like 401(k)s for private-sector employees, the plans let teachers defer taxes on money they save for retirement. But, the similarity ends there.

Unlike 401(k)s, retirement plans for public-school teachers are generally exempt from the Employee Retirement Income Security Act. ERISA is a federal law that imposes a fiduciary duty on anyone with authority over a 401(k), such as a trustee, administrator or investment adviser. That means they must put the interests of the plan’s participants ahead of their own. In other words, they can’t fill plans with products that are great for their bottom lines but detrimental to participants.

(Related: Why College 403(b) Plans Are Such a Juicy Target for Lawsuits)

Another important difference is that retirement plan providers sell 401(k)s to employers, but they sell 403(b)s directly to teachers. That’s an important distinction because employers have the resources to properly vet the vendors and their investment offerings. And they can leverage the collective savings of employees to negotiate lower fees. Individual teachers have none of those advantages.

Also, 401(k) participants are responsible for choosing among a plan’s limited range of investment options, which is challenge enough for many workers. Now imagine having to navigate a sea of vendors, each with its own lineup of funds, impenetrable insurance products and complex disclosures. It’s a near-impossible task for any lay investor.

None of this is lost on 403(b) providers, who dispatch salespeople to schools to sell high-priced investment products to unsuspecting teachers. Dan Otter, a former public-school teacher and founder of 403(b)wise, an education and advocacy site, recalls such a visit. “A sales agent appeared in my California classroom in the fall of 1992,” he says, “armed with paperwork largely filled out and offering to help with my financial future by selling me a high-fee annuity.” There are countless similar stories.

The effort by providers is paying off — for them. According to a 2016 report by Aon, a human-resources consulting firm, 76% of assets in 403(b) plans are in annuities, and more than half of those are in variable annuities that charge more than 2% a year on amounts invested. It’s an egregious amount, and it compares unfavorably with many mutual funds and exchange-traded funds with fees that are approaching zero or already are there.

Fixed annuities may be even worse. They typically promise a modest rate of return, assuming the provider stays in business, of course. The provider then invests the money, generates a higher rate of return over time than the pittance promised to the annuity holder, and pockets the difference. In some cases, that difference dwarfs the fees annuity holders would pay for other products. Sure, they receive a “guaranteed” rate of return, but the cost is almost certainly too high.

And once providers have teachers in their products, they do everything possible to keep them from fleeing to friendlier locales. Many annuities impose multiyear lockups. Teachers who want to move their money face penalties that can be as high as 5% to 7% of their investment.

All those fees and forgone returns add up to a fortune over time. Consider that savings of $5,000 a year earning 7% for 40 years would grow to roughly $1 million. Subtract fees of 2% a year, however, and that nest egg would be cut almost in half.

As Tony Isola, a teacher-turned-financial adviser and advocate for 403(b) reform, often points out, there is a simple way to discourage Wall Street from preying on teachers: Apply ERISA to 403(b) plans. Requiring providers to look after teachers’ best interests would mean they could no longer sell them investment products that are nakedly inferior to those in 401(k) plans. Yes, it would also impose costs on schools like those incurred by private-sector employers, but those costs would be a fraction of the fees paid by teachers in 403(b) plans.

It won’t be easy, of course. Providers are often big insurers such as Valic, Voya, AXA and Lincoln Financial, with lots of resources to repel challenges to their 403(b) business. But there isn’t a surer or more obvious way to secure a better future for public-school teachers.

Nir Kaissar is a Bloomberg Opinion columnist covering the markets. He is the founder of Unison Advisors, an asset management firm. He has worked as a lawyer at Sullivan & Cromwell and as a consultant at Ernst & Young.