Who Leaves an Inheritance, Who Doesn't

The decision to pass on wealth may seem intuitive; however, there may be more factoring into legacy decision-making than one may assume. America is on the cusp of a massive transfer of wealth courtesy of baby boomers, who are sitting on an estimated $30 trillion. While the “Me Generation” will likely spend some of its collective fortune, there will be plenty left to pass along to their heirs. Between 2031 and 2045, as much as 10% of U.S. wealth could change hands every five years.

For financial advisors, this represents an opportunity to cultivate relationships that will carry over to the next generation, but it also has its challenges. Namely, some individuals are more inclined to leave an inheritance than others — and for reasons that aren’t all intuitive.

To better understand what influences an individual’s intention to leave an inheritance, my colleagues at Kansas State University and I analyzed data from the 2016 Survey of Consumer Finances.

This survey is administered every three years by the Federal Reserve and collects information about U.S. household balance sheets, income, expenditures, key demographics and attitudes. After controlling for net worth, household income and other demographic characteristics, we used a binary logistic regression model to parse out the variables associated with the expectation of leaving an inheritance.

The study turned in some surprising results — not just in the traits closely linked to bequest intentions, but also in those that are not.

Notably, children are not a significant predictor of whether an individual is likely to leave an inheritance. Similarly, owning cash-value life insurance or being a habitual saver does not seem to play a role regarding an individual’s bequest motives.

Why Wealth Taxes Have Always Been a Terrible Idea

What behaviors or traits are most associated with passing on wealth? The No. 1 predictor is an individual’s own expectation of receiving an inheritance. That cohort was nearly 16 percentage points more likely to leave money to their heirs. Meanwhile, individuals who actually did receive an inheritance were seven percentage points more likely to want to do the same for their own kin.

Another important predictor, which is not surprising, is one’s attitudes toward leaving an inheritance to others. Individuals who ranked this goal as important are 9.5% more likely to expect to leave an inheritance versus those who said it was unimportant.

It stands to reason that business owners place a high priority on inheritances — they’re about 10 percentage points more likely to do so than non-business owners. The same goes for people working with a financial planner; this group is five percentage points more likely to leave an inheritance compared with those who do not work with a planner. The key implication for advisors is to help these individuals balance the competing priorities of maintaining a comfortable lifestyle in retirement while leaving behind an inheritance to their heirs.

For financial planners hoping to engage in meaningful dialogue with their clients, it’s important to look beyond the conventional cues. Given the amount of wealth that is expected to change hands in the decades to come, bequest planning will likely become a necessary core competency for advisors to master. For most families, the crux of their planning will be centered around values and principles — not estate taxes.

By understanding the relationship between clients’ attitudes, experiences and behaviors, and their expectations for leaving a significant inheritance, you can ask questions on motivations early in the legacy planning process and devise a strategy that balances the needs of their clients today with their interest in planting a seed for the next generation. 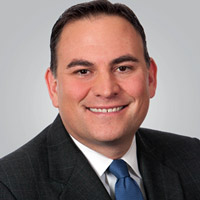 Matt Sommer is a CFP, CFA and Vice President, Retirement Strategy Group at Janus Henderson Investors. He is also a Ph.D. student at Kansas State University, where his research focuses on behavioral finance.