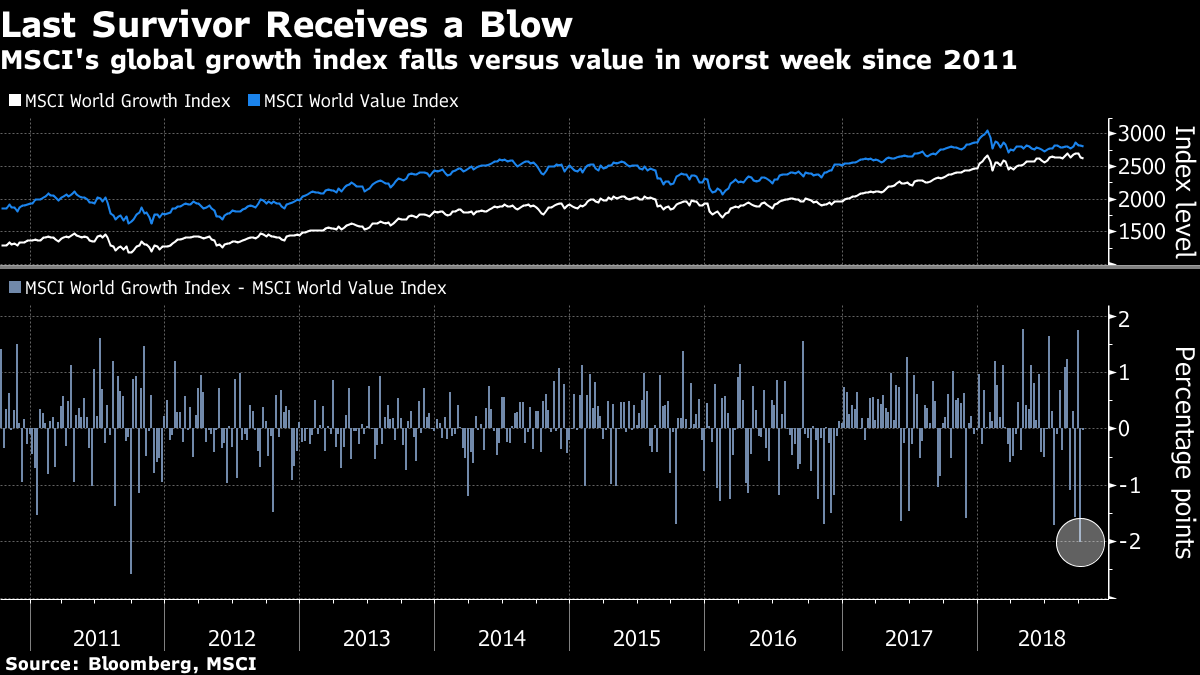 The death knell for the “last bastions of safety” in equities has finally arrived for analysts at Morgan Stanley.

The violent move up in U.S. Treasury yields has put investors on the threshold of casting out growth stocks — the last act of a rolling bear market Morgan Stanley sees playing out. According to the strategists, strength in the broader index has been masking bear market-like pain for different groups of shares.

Growth companies, which consistently post high earnings multiples, are especially vulnerable to rate risk, according to strategists at the bank. If they’re right, it would mark the demise of the biggest winners of America’s bull market in equities that’s battered cheap value stocks.

“Given their lack of dividends and high valuations, high-flying growth stocks are arguably the longest-duration assets in the world,” Mike Wilson, chief U.S. equity strategist at Morgan Stanley, wrote in a Sunday note. “Therefore, it’s perfectly reasonable that they would eventually succumb to rising rates.”

How High Can Bond Yields Climb Before Stock Investors Worry?

A basket that buys global value stocks and shorts the most expensive gained 2.6 percent over the past week, while the growth declined 2.9 percent, according to Bloomberg data.

Meanwhile, value had its best one day performance versus growth last week since May 2009, as tracked by MSCI indexes.

Much like in January when a sudden spike in yields prompted a correction in U.S. equities, “we see a similar risk for the smaller cadre of stocks and assets that have maintained their valuations since the January highs or moved higher,” Wilson wrote.

How High Can Bond Yields Climb Before Stock Investors Worry?