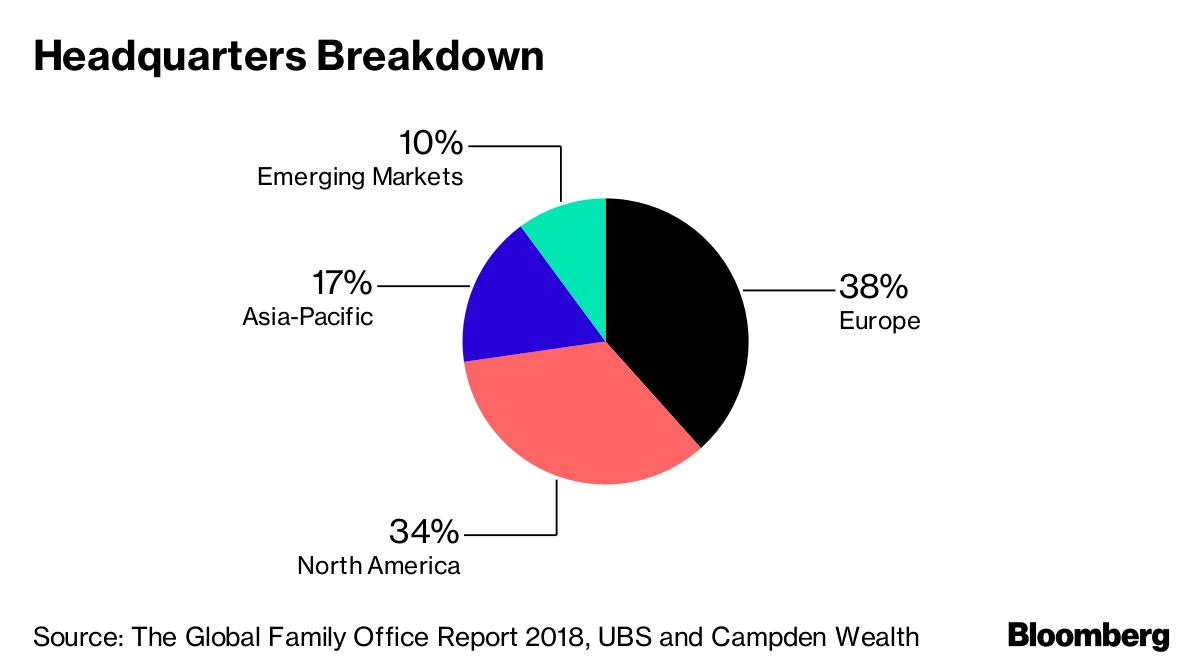 These are heady times for the world’s richest clans.

Family offices scored average returns of 15.5 percent last year, up from 7 percent in 2016 and 0.3 percent the prior year, according to UBS Group AG and Campden Wealth. Those in Asia led the way with a 16.4 percent return in 2017, fueled by soaring stock markets and private equity.

This is the fifth annual survey from UBS and Campden, providing insight into the discreet world of family offices, which manage the fortunes, tax affairs and often lifestyles of the wealthy.

While the Rockefeller family set up one of the earliest versions in the 1800s and European families were early adopters, they’ve proliferated this century, partly because of the boom in tech billionaires.

The pace of new family offices has accelerated especially within the past decade, driven by the rise of Asian wealth, with UBS estimating that a new billionaire is minted in China every two days. Asia is now home to a quarter of the people on Bloomberg’s ranking of the world’s 500 richest people, second only to North America.

Of the 311 family offices that responded to the latest survey, 37 percent were created after 2010. The average assets held by respondents was $808 million and the average worth of the families was $1.1 billion. Just over 1 in 5 said they have two family office sites, while some have as many as five locations.

“This is still a very early trend, and it needs to be monitored,” said Sara Ferrari, UBS’s head of global family office. “U.S. family offices with more than one branch tend to have the second one in the country, and it’s mostly the same with Europe. But family offices in the emerging markets and Asia tend to diversify more regionally.”

There are probably more than 5,000 family offices worldwide, said Campden research director Rebecca Gooch. Three-quarters of the firms that participated in the company’s latest survey manage the wealth of just a single family.

Family offices are seeking higher risk and more illiquid assets to boost returns. They’re also taking a more hands-on approach to investments, reflecting a global deal-making trend. Direct private equity made up about 14 percent of family offices’ portfolios, twice the level made through fund allocations, according to UBS and Campden.

UBS, the world’s largest wealth manager, describes families with more than $150 million as the “ideal candidates” to set up a family office. At the end of 2017, the bank managed 120 billion Swiss francs ($125 billion) through its family office program.