How to Spark Excitement in Lifeless ESG ETFs 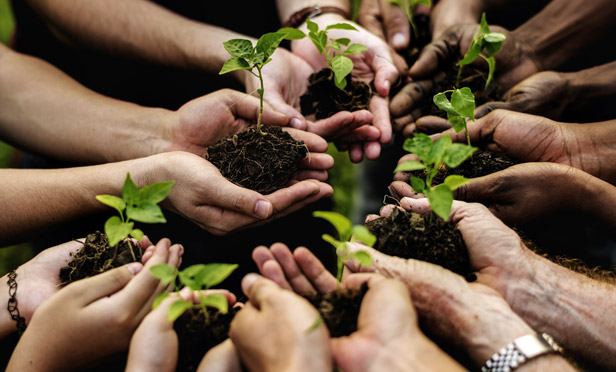 Let’s be honest: Exchange-traded funds that focus on environmental, social and governance have been a giant dud. They only have about $6 billion in assets, or just 0.2 percent of all money invested in ETFs, despite to-die-for PR that eludes most categories.

It’s not like they don’t have big money management firms behind them. A good portion of the 50 ESG ETFs have been around for well over a decade and are issued by huge companies such as BlackRock Inc. with great distribution capabilities. So why is no one biting?

I’ve thought about this a lot and studied both hard and anecdotal data from an ETF perspective and have come up with five things that issuers of these funds could do to spark the kind of excitement that could lead to big flows.

1) Get cheap. Nothing attracts investors these days like fees, not even performance. This year, 97 percent of the net flows into ETFs have gone into products that charge 0.20 percent or less. The average ESG ETF fee is about 0.50 percent. There are a handful of ESG ETFs — most new — that are in the 0.15 percent to 0.20 percent range and — no surprise — they are the fastest-growing, with about $500 million in flows this year.

Vanguard Group Inc. is about to ratchet up the fee wars with a few ESG ETFs that will charge typical Vanguard-like levels of 0.12 percent and 0.15 percent. That will surely cause a bit of teeth grinding from existing issuers who may be forced to cut fees, but it will likely turn out to be just what the flow doctor ordered.

2) Get rid of “ESG.” I’m sorry, but ESG is not a great acronym. As shallow as this may seem, a killer buzzword is needed. Or at the very least, something that isn’t so bland. Not only is ESG confusing — even people in the financial industry don’t know or forget what it stands for — the phrasing isn’t very inspiring. It has none of the feel that such terms as “emerging markets” or “smart-beta” or “machine learning” have created with investors. Those terms communicate quickly while capturing the imagination.

Vanguard just launched an index fund in Australia using “ethically conscious” instead of ESG, which has some potential. Some others include sustainable investing, values-based investing, mission-related investing, and SRI — socially responsible investing. While none of those seems to have the pop necessary to catch on, it shows people are trying and recognize the problem.

Life Settlements Made a $654 Million Difference

Advisors, Not Their Clients, Should Lead on ESG Investing

3) Be specific. Funds should also consider getting specific in their names about what they are doing, because most investors have no clue. After the Parkland, Florida, school shootings, no one had any idea which ESG ETFs excluded gun makers because all the names were so similar and general. An “ex-weapons” or “gun-free” ETF likely would have found an audience. Instead, investors were expected to know that the Nuveen’s NuShares ESG Small-Cap was best at screening out small-cap gun makers. A good example of an ETF whose name is specific is the SPDR S&P 500 Fossil Fuel Free ETF.

In addition to name specificity there’s also the specificity of strategy, which can mean going after just the environmental or social aspect of ESG. Some new ETFs have done just that, such as the Impact Shares NAACP Minority Empowerment ETF. Many investors may want to support a cause or issue important to them over some asset manager’s subjective definition.

4) Attract boomers. Everyone likes to tout how Millennials are the target market and are going to turn ESG into a big deal. That ignores the fact that every generation tends to be into ESG-type issues when they are young. The problem is, when they finally get wealth they are typically overwhelmed with responsibilities and stop caring. For example, baby boomers were huge hippies when they were young and yet somehow they’re not interested in ESG investing. What happened? Why aren’t they putting their money where their mouth was back in the day?

Boomers should be a target market and part of provocative — and even guilt-tripping — ad campaigns that reminds them of what they were like in the 1960s before they got into top tax brackets. ESG success is going to have to come from fighting the apathy that forms when young people get older, busier and richer. Boomers provide that opportunity right now.

5) Get active. ESG faithful will tell you that companies that have strong ESG policies tend to outperform companies that don’t, and thus it makes good investment sense to buy them. So if there is some ESG factor to capture, some chance at alpha, then why not go for it with a highly concentrated, high conviction ETF? Because besides low fees the only other thing ETF investors tend to bite on is shiny returns.

The problem for the ones on the market now touting the “outperformance” argument is that they hold mostly the same stocks as the S&P 500 with similar weightings. One of the oldest and biggest ESG ETFs, the iShares MSCI KLD 400 Social ETF, holds 400 names and looks pretty much like every broad market U.S. stock index. There’s no chance of breaking out from the market if you are the market.

Eric Balchunas is an analyst at Bloomberg Intelligence focused on exchange-traded funds.

Advisors, Not Their Clients, Should Lead on ESG Investing