The fiduciary rule is dead, but its spirit lives on.

The rule, which the Department of Labor first proposed in 2015, required brokers to act as fiduciaries — to put their clients’ interests ahead of their own — when handling retirement accounts. It sounded simple, but it meant that brokers would have to rethink the way they do business.

Mutual fund companies routinely pay brokers to sell their funds to clients. That payment is often an annual fee for as long as the client is invested in the fund — a particularly pernicious conflict of interest that gives brokers incentive to keep clients in high-priced and often poorly performing funds. As fiduciaries, brokers would most likely have to abandon the practice or at the very least disclose it to their clients. 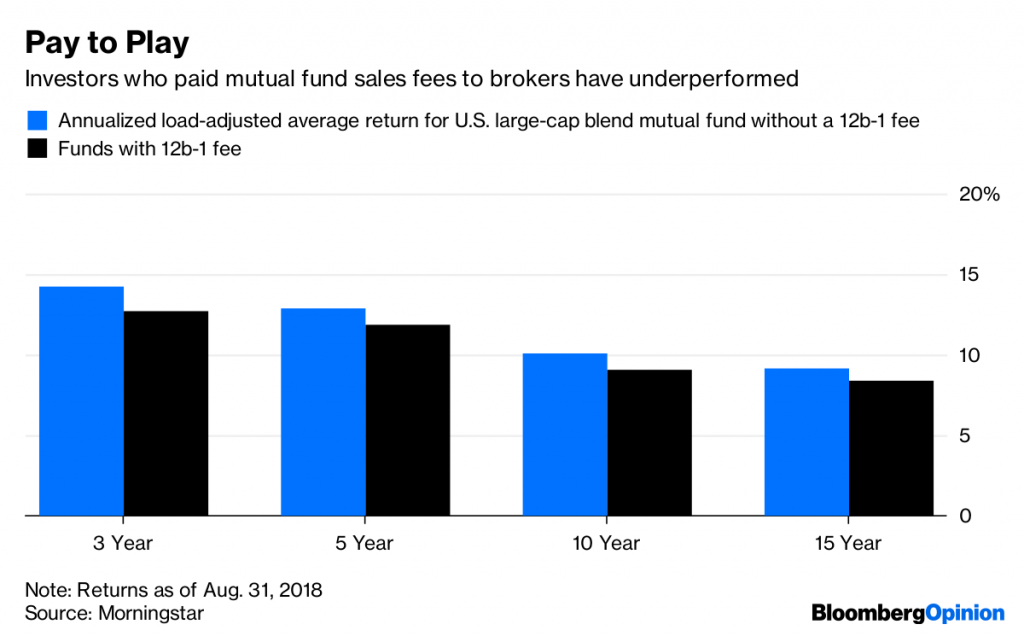 Brokerage firms scrambled to comply with the rule, and no one made more sweeping changes than Bank of America Corp.’s Merrill Lynch. It publicly supported a fiduciary standard and introduced more investment options for clients than ever before. The company stopped offering traditional brokerage accounts to retirement savers and rolled out conflict-free alternatives, including discount brokerage, fee-based advisory accounts and a low-cost automated investing, or robo-adviser, service.

Given Merrill’s size and influence, other brokers were likely to follow. It looked as if the fiduciary rule was having its intended effect: cleaning up conflicts, broadening investment options and lowering costs.

Then came a bombshell. A federal appeals court in New Orleans struck down the fiduciary rule in March. The Labor Department said it would no longer enforce it. When the agency later declined to appeal the decision, the fiduciary rule was officially dead.

Brokers were no doubt overjoyed, but the celebration proved to be short-lived. A month later, the Securities and Exchange Commission proposed rules requiring brokers to disclose money they receive for selling financial products, whether from purveyors of those products or their own firm, and to make sure that whatever they sell is in their clients’ best interests. And unlike the fiduciary rule, the SEC’s proposal applies to all investment accounts, not just retirement ones.

Importantly, the SEC stopped short of imposing a fiduciary standard on brokers, which means they can keep their conflicts if they disclose them to clients. Merrill, the company that led the way on the fiduciary rule, is doing just that. The firm announced last week that it would reinstate traditional brokerage for retirement accounts in October, giving new life to the conflicts it had eliminated.

It can’t undo the good work it has already done for investors, however. Merrill says it’s bringing back traditional brokerage accounts because some clients are clamoring for it, but it’s hard to see why. Investors who want to execute trades can do so far more cheaply through Merrill Edge, the company’s discount broker. And those who want a fiduciary to manage their portfolio can turn to Merrill’s low-cost robo-adviser or human advisers. Traditional brokerage, with its conflicts and high commissions, seems like the worst alternative.

And it’s not just Merrill. JPMorgan Chase & Co. recently introduced a brokerage platform with free trading and research.  An automated investing service is expected early next year. While JPMorgan has not yet provided details, CEO Jamie Dimon said in 2016 that the company was working on a free robo-adviser. I suspect similar options will soon be available everywhere.

The conflicts that pervade the mutual fund and brokerage industries are too big for any one firm to clean up, and they’ve survived attacks by the Labor Department and the SEC. But thanks to the legacy of the fiduciary rule, investors no longer have to settle for conflicted financial advice.