Things are shifting in the economic policy world. John Cochrane, an economist at the Hoover Institution and a staunch free-marketer, has been a leading critic of Obamacare and an advocate of a laissez-faire approach to health care. But in a recent blog post, he expressed sympathy for the idea of a single-payer health system:

A single provider or payer [that] anyone in trouble can use, supported by taxes … while allowing a vibrant completely competitive free market in private health care on top of that, is not such a terrible idea. … A single bureaucracy that hands out vouchers, pays full market costs, or pays partially but allows doctors to charge whatever they want on top of that would work.

This is actually closer to a public option (though Cochrane also suggests a system of government-run hospitals and clinics similar to the Veterans Health Administration).

Cochrane’s endorsement of government-provided universal health care seems to mark an important milestone. Just nine years ago, during the debate over the Affordable Care Act, the notion of universal health care was itself considered radical — Obamacare was an enormous, complex compromise, and the public option was considered a bridge too far. Now there seems to be a spreading realization that the government needs to do more, not less — to simplify the U.S. health care system, if nothing else.

Where once the left could only dream of a hybrid system like Obamacare, today politicians like congressional candidate Alexandria Ocasio-Cortez and U.S. Senator Bernie Sanders are openly calling for a system where the government is the only health-insurance provider. Meanwhile, center-left leaders are rushing to come up with compromise proposals that preserve some role for private insurers.

Some of these proposals amount to extensions or reinforcements of the Obamacare system; some are more ambitious. My personal favorite is Medicare X, proposed by Senators Michael Bennet and Tim Kaine, which would allow any American to buy into a somewhat expanded version of the current Medicare system. That system would leverage Medicare’s proven ability to hold down costs, while offering consumers a menu of choices — basically, Cochrane’s idea.

Health care isn’t the only issue where the Overton Window — or the range of ideas deemed worthy of consideration — has shifted to the left. The idea of a federal job guarantee, once considered a radical proposal, is now a centerpiece of Ocasio-Cortez’s platform. And as with health care, center-left leaders are coming up with compromise proposals that move somewhat in the direction of the big new socialist idea.

California Democratic Rep. Ro Khanna has released a plan that would use a combination of government jobs and private-sector employment subsidies to launch a multipronged attack on unemployment and underemployment — not the most urgent of policies with unemployment as low as it is now, but very useful to have in place when the next recession comes. His plan would find jobs for workers who are out of work for 90 days or more, attempting to place them in the private or nonprofit sectors, and provide subsidies to encourage this. It would offer temporary government employment, but only for those who couldn’t find jobs elsewhere. The plan also provides funding for cities to experiment with full public job-guarantee programs of the kind Sanders has called for.

Khanna’s plan seems like a good one. Private-sector employment subsidies have a track record of success — evidence shows that they boost workers’ likelihood of employment years after the policy finishes. The U.S. also had good success with a smaller job subsidy program during the Great Recession. And the idea of experimenting with Sanders-style job guarantees at the local level is a good one, since it would provide more data on whether that sort of program can work in the U.S. Senator Cory Booker has also proposed these kinds of experiments.

It’s great that people on the center-left — and even some on the center-right — are advancing sensible proposals like Medicare X and Khanna’s jobs plan. These plans would allow the country to move toward a more egalitarian society at a deliberate pace, rather than a breakneck rush. Countries like Denmark that have built successful social democracies have not done it with guillotines and revolution, but with a series of measured reforms. Meanwhile, modern-day countries like Venezuela that have gone in for a more radical approach have often ended up as basket cases. It’s obviously better to be Denmark than Venezuela.

Measured reforms allow a country to “cross the river by feeling the stones,” as Chinese reformer Deng Xiaoping once put it. Deliberation allows policy makers to find out what works, to get data and feedback, to understand both the drawbacks and the further opportunities their initiatives create, and to experiment with localized approaches. They are, in short, a smart way to improve a country.

Meanwhile, the more dramatic proposals of socialists like Ocasio-Cortez and Sanders have their place in a healthy debate of ideas, although that doesn’t mean they should be enacted. Instead, they should serve as guiding compasses for reformers to follow — stylized depictions of egalitarian ideas to be moved toward rather than fully realized. 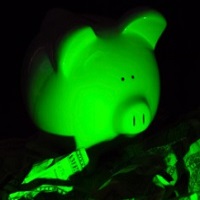