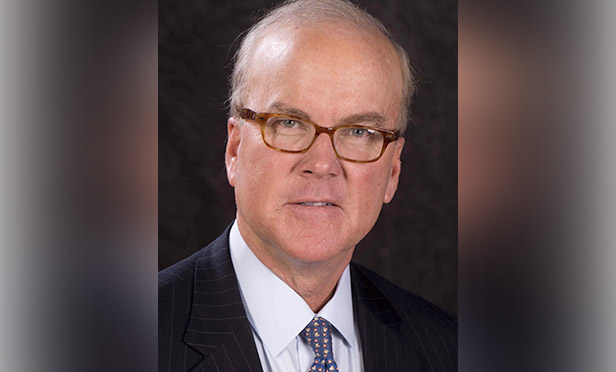 The employee-owned firm has been recruiting wirehouse and other advisors at a fast pace in recent years and now has roughly $10 billion in client assets and 100 advisors. In July, it recruited a team from Wells Fargo with about $500 million in assets and opened its 16th office, in Newtown, Connecticut.

“Charlie’s extremely admired and respected within the wealth management space, and he’s the exact type of industry leader to complement our already esteemed board,” according to Steward Partners CEO Jim Gold. “We couldn’t be more grateful to welcome someone with the influence, accomplishments and contributions to the industry that Charlie has.”

Johnston, who has some 35 years of wealth management experience, was president and CEO of Smith Barney from 2004 until 2009, when he became president and chief operating officer of Morgan Stanley Smith Barney and oversaw a business with $1.7 trillion in assets. He retired in 2011.

“Steward Partners’ model stands apart from the pack in an industry known for its adherence to traditions and hesitancy to evolve,” Johnston said in a statement. “I’m thrilled to be joining a team with such strong results, client-focused service and commitment to their advisors.”

Other Steward board members Include Janet L. Robinson, president and CEO of The New York Times Co. from roughly 2005 to 2011, and Stuart McFarland, who was the executive vice president for operations and chief financial officer of the Federal National Mortgage Association (Fannie Mae) from 1980 to 1985.

The board consists of “some of the most well-known leaders in their industries, each of whom brings their own unique expertise and insight to the firm,” Gold said.