Why Gold Should Be in Every Portfolio

Gold always has been coveted for its unique physical properties, making it arguably the most durable and useful metal ever discovered

Gold is found in small, but sufficient quantities, doesn’t rust, corrode or crumble, and is easily stored and transported. These rare attributes, combined with its malleability, allow gold to be forged into coins and used in a vast array of industries, most notably jewelry-making. Gold is also the only currency accepted globally.

Beyond its material value, gold also is an investment, and here are the top reasons why investors should consider allocating a portion of their portfolio to gold:

1. The U.S. and other western governments have a history of inflating and deflating their currencies. Because gold is priced in U.S. dollars, the two are typically negatively correlated. During times of currency deflation, gold prices typically rise, compensating for the loss of U.S. dollar purchasing power relative to other currencies. Over the last 10 and 20 years, gold has had a negative correlation to the U.S. dollar of close to -0.40.

2. Since the Federal Reserve system began in 1914, the U.S. dollar has lost 96% of its purchasing power against gold. Gold may protect investors’ purchasing power as a hedge against inflation and currency devaluation. In 1976, the year the U.S. monetary system switched entirely to fiat money, the average house price in the U.S. was $46,000 or 328 ounces of gold. At the end of 2017, it was $375,000 or 302 ounces of gold, according to the Federal Reserve Bank of St Louis and Bloomberg.

3. Gold is the longest standing currency in history, but remains largely under-owned in the U.S. Currently, gold ETFs comprise only 2% of all ETF assets in the United States. Gold’s unique physical attributes, acceptance as a store of value and ability to act as a hedge against market duress, coupled with recent geopolitical uncertainty, argue for a larger allocation in investors’ portfolios.

4. Until recently, gold has suffered a five-and-a-half-year bear market creating one of the few “cheap” asset classes. It is currently trading at over 30% off its high. Since October 2012, the S&P 500 TR Index has doubled in value and the Bloomberg Barclays U.S. Aggregate Total Return Index increased just under 10%. Gold over this same time period, however, lost 25% of its value. The return of inflation concerns and increased market volatility make gold an undervalued asset.

5. Gold has been the best-performing major asset class since the turn of the century. Despite its recent underperformance, gold prices have increased 360% since the end of 1999, while the S&P 500 Total Return Index increased only 160% and the Bloomberg Barclays US Agg TR Index increased 141%.

6. Gold is uncorrelated to stock or bond markets. Gold has been the best-performing asset class over the last 18 ½ years and has exhibited low or negative correlation with stocks and bonds. Since 2000, gold’s correlation to the S&P 500 TR Index is -0.01 and the Bloomberg Barclays U.S. Agg TR is 0.24.

7. Gold has no counterparty risk. Unlike stocks or bonds, physical gold cannot go bankrupt. Physical gold is not dependent on a corporation’s or individual’s ability to fulfill any obligations, including payments or profit generation. This is also the case for gold ETFs that hold only physical gold.

8. Gold is a hedge against inflation and deflation in the economy. Gold prices tend to increase both when the 10-year U.S. breakeven rate — the difference between the yield on a nominal fixed rate bond and the real yield on an inflation-linked bond — increases or decreases, especially over short periods. In addition, gold prices may be positively influenced when the 10-year Treasury rate is lower than the 10-year U.S. breakeven rate, implying negative “real yields.”

9. Gold is a crisis hedge or haven asset in times of financial market stress or dislocation. Gold is considered a store of value and has been a safe-haven asset during periods of market distress. In 2008, when the S&P 500 index fell 37%, gold prices increased just over 4%.

Will Rhind is the founder and CEO of GraniteShares, an exchange-traded fund company based in New York. To learn more about GraniteShares’ ETF offerings, visit: www.graniteshares.com. 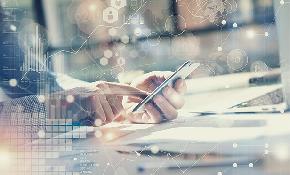 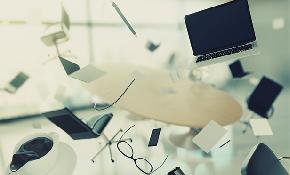 What's Next for Chaos in the Custodial Space?

The once-sleepy field is seeing intense change; three waves of advisor migration are expected from the Schwab-TD Ameritrade deal and other shifts.