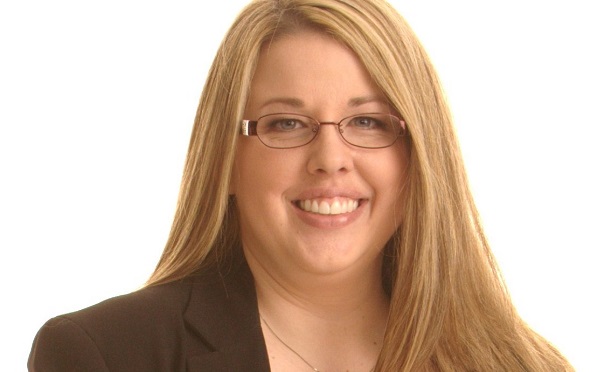 Here are 3 things Sheryl Moore watches for clues about what will happen to indexed life and annuity products... (Photo:: Wink) 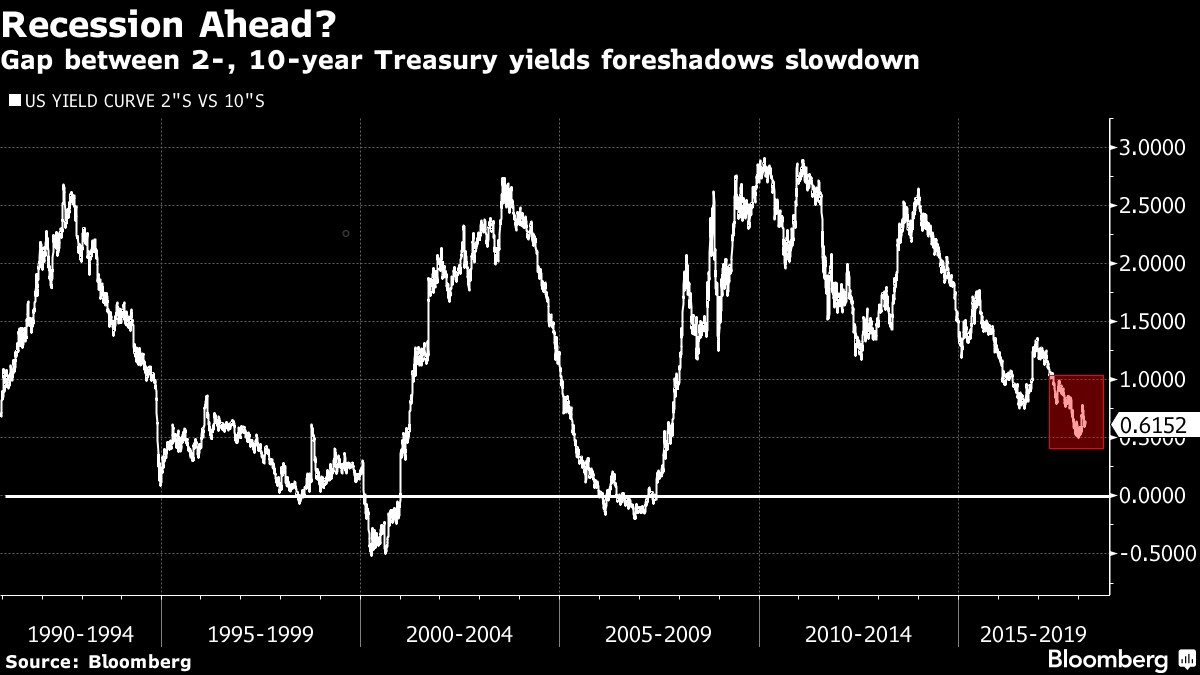 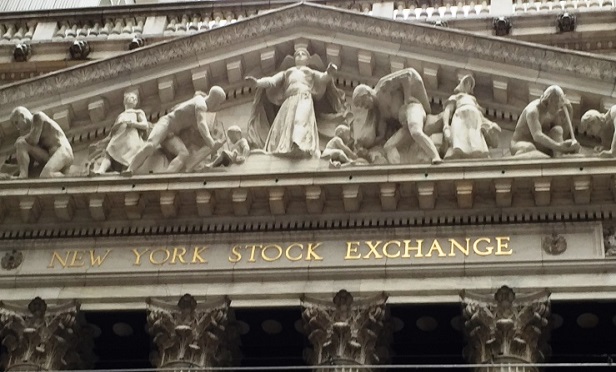 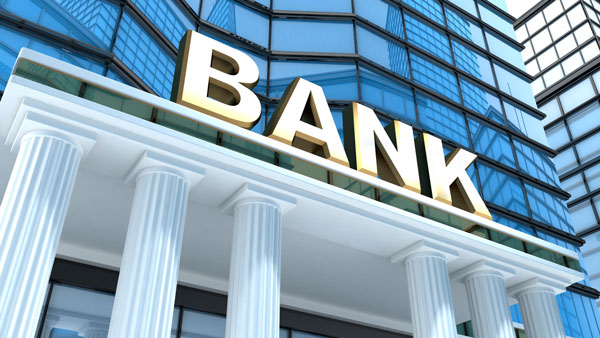 As president and chief executive officer of Moore Market Intelligence, Sheryl Moore has become a leading expert and market researcher in the indexed life and indexed annuity industries. In fact, her 20-year career in field and passion for indexed retirement products has earned the nickname, “Indexed Annuity Rockstar.”

She started working as a market research analyst and annuity product manager at life and annuity issuers in the Des Moines, Iowa, area. She founded Moore Market Intelligence and Wink Inc. in 2005 and has been there ever since.

She was president of the Society for Annuity Facts and Education from 2012 through 2017, and she’s been chair of that group since January 2017.

(Related: Making a Pitch For and Against Indexed Annuities)

With all that is going on in the economy and regulatory circles, Moore’s perspective is particularly relevant today. Here, she discusses the current status of the life and annuity market; the possible impact of rising interest rates on indexed annuities; and why she never was a big fan of the U.S. Department of Labor’s proposed fiduciary rule.

We have edited some of the questions and answers for length and content.

Moore: I see a lot of life insurance companies switching to indexed life for two reasons: Regulations have made universal life’s no lapse guarantee undesirable. Also, the interest rate environment is not fantastic, so pricing is unfavorable for UL. Insurance companies are now saying, “Well, cash accumulation UL is not selling because interest rates are low, and the no-lapse guarantee is not really feasible from a regulatory and pricing standpoint. So where should we go for cash value life insurance?”

Indexed life is the natural choice. It can be profitable for the insurance company, and it gives the purchaser the opportunity for better interest rate crediting than traditional UL. Traditional UL right now is crediting 4% to 4.25%, while indexed life offers the purchaser the opportunity to earn as much as 12% interest based on the performance of the S&P or some other external index. So indexed life is where the life insurance companies are going in terms of life insurance products now.

We’re are also seeing some interest in fee-based annuities, what was driven by the DOL’s fiduciary rule. And believe it or not, even though the fiduciary is in the rear view mirror, we’re seeing interest in fixed annuities with guaranteed lifetime withdrawal benefits. Some people refer to those in my opinion erroneously as income riders. Some people thought that when the DOL’s fiduciary rule went away, the focus on fixed annuities would go away, but it hasn’t.

And because the variable annuity market is contracting, mostly due to the living and death benefits being so hard to price after the market collapse of 2008 and 2009, companies are looking to develop indexed annuities. The representatives who sold those products can’t sell the same variable annuity products today like those prior to 2008 and 2009. So those products are not as palatable to the salespeople. So a lot of the insurance companies have dropped out of that market. By contrast, indexed annuities, with the exception of 2017, have been increasing in sales. So more and more companies are looking to get into that market.

But what does a variable annuity company do when there is volatility in the market and interest rates are down? If you’re a variable annuity company and you have just those two product lines, your sales are going to a company that sells indexed annuities. Some of those companies have said, well, maybe we should look to offer indexed annuities and retain those sales in house rather than getting 1035 exchange business and giving those funds to another insurance company.

I would also credit the indexed annuity product development at Prudential to progressive new leadership. It’s traditionally been a very conservative company, but they’ve gotten new leadership over the past couple of years that has embraced disruption. Kudos to them.

There is a certain tipping point where a fixed annuity or CD rate is relatively attractive and the indexed annuity rate is no longer as attractive. So where is the tradeoff? If a CD rate is 5%, and an indexed annuity rate is 7%, purchasers may want to put their money in a bank CD because those funds are backed by the government while they may feel less protected if they give their money to an insurance company. Where is that tipping point is an important question.

Moore: Each state has their own iteration. I think the reason the NAIC is talking about proposing their own version of the fiduciary rule is because they want to say, “Hey, everybody, we don’t need a fiduciary rule. The suitability rule is a very good standard.”

Here’s why a fiduciary rule concerns me. When we talk about what’s in the client’s best interests, we talk about taking these annuities that are commission-based and saying that’s not appropriate. So we need to have annuities that are fee based. At the time the fiduciary rule was proposed, there was only one fee-based indexed annuity, and it was proprietary to a single firm. So there was not one indexed annuity that was nationally available.

I don’t have a super strong understanding of a fee-based platform, but, based on my conversations, a fee-based advisor typically will not work with clients who have less than $500,000 in assets under management. As of the fourth quarter, the average indexed annuity sale was $121,214. That means the average indexed annuity purchaser would not be well-served by the fiduciary rule because they don’t have $500,000 in assets. So a rule that was intended to help these people is going to hurt them. They are not going to be able to talk to the people who can sell them these products. That scares me.

I don’t sell or endorse any product or company, I’m just passionate about annuity and life insurance and want to make sure consumers learn about them. I don’t care if they buy them or not. I want to make sure consumers learn about them so they can make an educated decision on whether or not they’re good for them. And my concern is that the DOL fiduciary rule is going to hurt the people that it was intended for. Now I’m not saying the currently regulatory scheme is fantastic. I admit it is broken, But I don’t think the fiduciary rule is any better than what we’ve got right now.

Moore: Actually, when I first read the fiduciary rule, I thought, okay, I run this consulting firm, Moore Market intelligence, where I am the nation’s top authority on indexed annuities and indexed life, focused strictly on those, because there are 404 indexed annuities and about 104 indexed life products. I can only be the best at those lines of business because there are so many products. So, if I’m a salesperson, how can I choose what is best for my client out of all life insurance and all annuities? How can you do that? How can you expect the salesperson to do that? That’s unreasonable. And in my database I don’t even have every life insurance product and every annuity because some companies don’t want their products in my system. After reading the fiduciary rule, I thought I wouldn’t be a position as the nation’s top expert on life insurance and annuities to say this is the most suitable product for this person. How can you expect a salesperson to say that?

Forty-five percent said they were willing to give up some potential gains in exchange for loss protection, the insurer found in a survey.