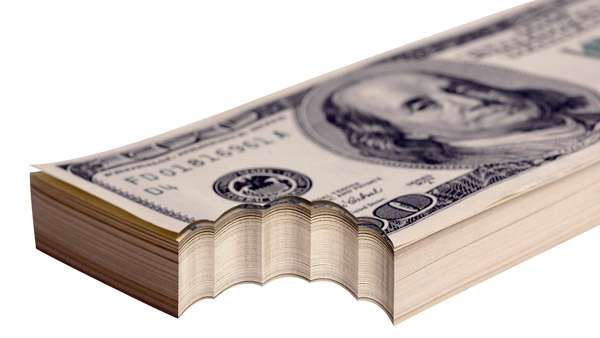 More than half the seniors participating in a survey from The Senior Citizens League said they spend one-quarter to one-half of their Social Security payments on health care.

“This is important to note,” said Mary Johnson, Medicare policy analyst for the nonpartisan league, which has 1.2 million members and a mission to protect Social Security and Medicare benefits, in a statement. The majority of people close to retirement age don’t understand the significant portion of Social Security benefits they can expect to spend on medical costs.”

(Related: 2018 Social Security COLA to Be Wiped Out by Medicare Premium Hike)

The survey of 1,116 seniors, the majority over age 70, also asked respondents to rate the performance of their House members based on their handling of Medicare issues. On a scale of 1 to 5, the members scored 2.6, which is equivalent to a failing score of 52 when converted to a scale of 1 to 100.

The House of Representatives tried last year to cut $127 billion from Medicare over 10 years and the Senate tried to slash about four times that much. Neither chamber was successful, but retirees remain “highly concerned that Congress may try to cut Medicare again,” said Johnson. “Medicare and keeping health care costs affordable are key issues for older voters … [They] are a red flag for every member of the U.S. House going into the midterm elections.”

In addition to rating House members on Medicare issues, the survey found that 86% of respondents support Medicare negotiating prescription drug prices and 63% support setting out-of-pocket caps on their prescription drug spending at $250 per month, adjusted for inflation. Forty-six percent opposed overhauling Medicare into a private plan system with vouchers or subsidies for beneficiaries.

Since House Speaker Paul Ryan, R-Wis., has announced he will not seek re-election, many Beltway observers have lowered the odds of a Medicare overhaul this year, but Democratic leaders like Chuck Schumer, D-N.Y., fear that Republicans will renew calls for Medicare and Social Security cuts due to the growing budget deficit — expected by the Congressional Budget Office to jump 21% to $804 billion due to tax cuts and increased spending.

In the meantime, the White House has proposed a partial do-over of the last budget bill, with a plan that would cut just over $15 billion in spending. About half the cuts ($7 billion) would come from the Children’s Health Insurance Program, with the remainder coming from the Center for Medicare and Medicaid Innovation Program and a federal loan program to help auto manufacturers develop new vehicle technologies.