After Wage Data, Fed May Lean Toward 4 Rate Increases This Year 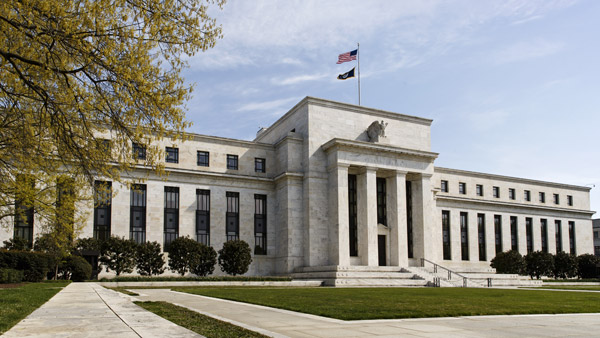 Faster U.S. wage gains probably nudge the Federal Reserve toward raising interest rates a total of four times this year, rather than the three moves officials had penciled in for 2018 when they met in March.

“At the margin, this pushes in that direction,” said Michael Feroli, chief U.S. economist at JPMorgan Chase & Co. in New York on Friday after news that first quarter employee compensation climbed 2.7 percent over the past 12 months, the strongest gain since 2008.

After raising rates in March, Fed Chairman Jerome Powell and his colleagues are widely expected to hold policy steady at their two-day meeting next week. They won’t provide a quarterly update of their expectations for the rate path until they get together in June.

At their March meeting, the bulk of the Federal Open Market Committee was pretty evenly split between whether to raise rates three or four times this year, so it wouldn’t take much to push the median forecast up to four. That said, a lot could happen between now and the June FOMC meeting.

“The data validate the Fed’s focus on stopping the downtrend in the unemployment rate,” said Jim O’Sullivan, who is chief U.S. economist for High Frequency Economics, said in a note to clients.

That statistic, contained in the first quarter report on gross domestic product released Friday, compares with the Fed’s overall inflation target of 2 percent. The March reading for PCE will be released on Monday.

— With assistance by Matthew Boesler