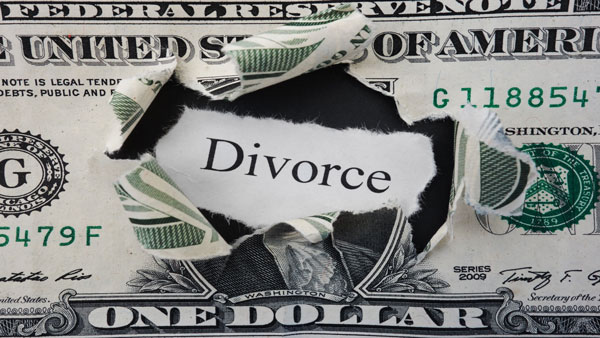 For some, it means liberation. For others, loss. For women in particular, the doubling of the divorce rate for the 50-plus crowd since the 1990s can mean something far more prosaic: a need to shoulder the big financial decisions they’d let their spouses deal with when they were married.

Often, they find some nasty surprises after he’s gone.

A majority of married women—56 percent—still leave major investing and financial planning decisions to their spouse, according to a report, “Own Your Worth,” released Friday by UBS Global Wealth Management.

It’s not just older women slipping into the more traditional gender roles of their parents: Some 61 percent of millennial women said they leave investment decisions to their husbands. That compares with 54 percent for baby boomer women.

UBS surveyed more than 600 women who have either been divorced or widowed within the last five years, along with 1,500 couples. Respondents had to have at least $250,000 in investable assets.

The difference is stark in attitudes toward making major financial decisions between married women and women who were divorced or widowed.

Fifty-nine percent of widows and divorcees regret not taking part in long-term financial planning when they were in a couple.

Eighty-five percent of married women who weren’t active in making long-term financial decisions said their spouse knows more about financial issues than they do.

Eighty percent of women said they were content with how financial responsibilities were split in their marriage.

“Despite all the strides that women have made, they are still abdicating important financial decisions that will profoundly affect their future,” said Paula Polito, chief strategy officer for UBS Global Wealth Management, in an email. “Women and divorcees who find themselves alone wish they had been more involved in finances while they were married. Nearly all of them advise other women to get more involved early on and break the cycle of financial abdication.”

Those women practice what they preach. Of the divorced or widowed women in the survey who remarried, eight out of 10 were more active in the financial decision-making in their current relationship. (That’s a good move, since subsequent marriages have a higher rate of dissolving than do first marriages—and since women have longer life expectancies than men.)

Divorcees may have been burned by financial surprises that popped up in the split. Fifty-six percent of divorcees and widows discovered new financial wrinkles in the process of splitting up.

Among the most common negative surprises were hidden spending, hidden debt and hidden accounts. Outdated wills were another unwelcome discovery. In hindsight, 94 percent of widows and divorcees would insist on complete financial transparency with their spouse.