Why Advisors Should Keep Politics Out of Portfolios 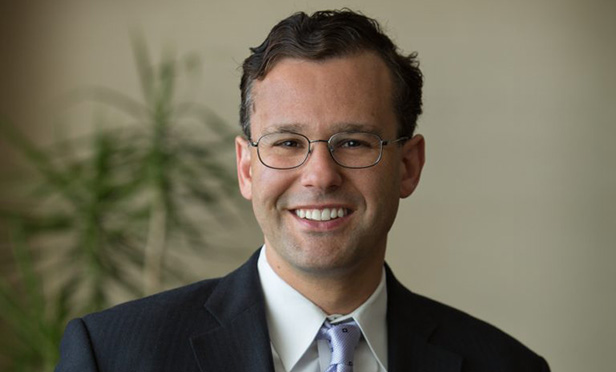 In our world, where most everyone walks around with a personal computer in their pocket, the average person now has an unprecedented level of instant access to information.

On the whole, this is a good thing, though there are drawbacks, and one of them is that as political tensions have sharpened in recent years, many only seek out information sources that confirm their worldview. This has elevated the level of tribalism in our society.

The fallout for financial advisors is that politics, more and more, are beginning to influence the way in which clients view financial planning. And in a hyper-political landscape, where it’s easy to stumble upon content that is skewed and tinged by bias, that is creating headaches.

Obviously, there are some political issues that advisors cannot ignore. The recent tax reform package is a good example. Otherwise, most of the day-to-day headlines that drive the 24-hour news cycle are irrelevant to what we do each day. Even so, it’s getting harder to convince clients that’s the case.

As with all walks of life, the extent to which advisors are “political” varies. Some follow politics closely, either because they are news junkies or because they have deep-seated views and, thus, are heavily invested in the outcomes. Others are decidedly apolitical. Perhaps they’ve always been this way, or maybe they’ve become disenchanted with the current political environment. Either way, they neither watch cable news nor read political blogs.

Somewhat perversely, advisors who ignore politics altogether may face challenges going forward. More clients are approaching their advisors with ideas based on something they read on the internet or saw on TV. Without knowing what’s driving the discussion of each side of the political spectrum, it may be difficult to fend off what may seem like oddball inquiries and reinforce the value of a goals-based financial plan.

Hold your nose if you must, but don’t ignore the political headlines altogether. They could provide valuable context for client conversations.

A growing number of clients have been losing sight of their risk profile. Part of the reason has been the ongoing bull market, which was accompanied by a relative absence of volatility. So when there are short-term spasms, investors tend to panic now more than they should.

The other reason, though, is politics. After the Dow Jones Industrial Average tumbled more than 650 points during a single trading session in February, we fielded multiple calls from clients who felt it was time to unload stocks — even as their risk profile told a much different story and such a move represented a stark deviation from their financial plan.

The common thread among each? They loathe the president and are convinced his actions will eventually cause the bottom to fall out of the market.

It works the other way, too. Some Trump-loving clients have blind faith in him, feeling that nothing can stop the current momentum. As such, they want to stake out more aggressive positions than their risk profile can substantiate.

Either way, clients with uncompromising political perspectives are starting to complicate the delivery of sound advice. Advisors have to make it clear: A president’s policies, for better or worse, do not impact the financial planning nearly as much as clients believe.

An upshot of the increased partisan rancor of recent years is the emergence of socially responsible investment funds. Of course, what’s socially responsible for some won’t be for others — and that’s the tricky part for advisors because investments that both conform to a client’s core beliefs and help them reach their goals can be elusive.

The good news is that some are willing to sacrifice returns if it means having exposure to products or businesses they believe in.

A pricklier issue for advisors may be the growing number of clients who define socially responsible investing not by where they invest but by where they do not. Depending on one’s views, that could include everything from firearm and ammunition manufacturers to beer and alcohol companies.

The near universal embrace of index funds makes this approach somewhat impractical. Advisors, therefore, should be ready to defend specific holdings to their clients, making it clear how difficult it is to cleanse certain industries from their portfolio and still maintain enough diversity.

Investing is inherently emotional. So is politics. And when these two worlds collide, it can bring out a client’s worst impulses. In this new environment, it falls on advisors to make sure they don’t act on them.