Speculation in cryptocurrencies is underpinned by rapid technology adoption and testing by U.S. corporations

The cryptocurrency boom attracted tens of billions of investor dollars last year, feeding and extending the rapid price appreciation of the 10-year-old Bitcoin electronic currency and several of its successors and imitators.

Is this a classic bubble? After all, cryptocurrencies lack the wide acceptance of cash or even the tangibility of gold. Whatever the value of an individual cryptocurrency, there are many signs this bubble — like other past market excitements — points to potential real investment opportunities beneath and behind the headlines.

Around the world, as speculative investors and the brokers who cater to them are jostling to scrutinize the latest unregulated initial coin offerings (ICOs), large U.S. companies are applying the underlying technology that makes cryptocurrency possible. More specifically, companies are testing adoption of systems relying on blockchain, the cloud-computing version of the electronic ledger programs that business has relied on for decades.

It’s useful to think of blockchain as a decentralized and networked update of Microsoft Excel-style spreadsheets that allow trusted and carefully-vetted, yet anonymous, users to change values and calculations simultaneously as new data is introduced. This is far more efficient than paper, email, or even electronic-messaging-based systems.

Blockchain gives business “a new architecture of trust,” according to Professor Kevin Werbach of the University of Pennsylvania’s Wharton School. And with that trust comes the prospect of cheaper, faster, and more secure accounting, negotiations, and transactions.

Remember that the Internet boom that has driven Internet-defining and Internet-dependent stocks including Alphabet/Google, Amazon, Facebook, and Netflix towards the top of the market followed directly on the dotcom and telecom bubble of the late 1990s. There are some parallels with earlier U.S. boom-and-bust cycles in radio, railroads, telegraphs and telephones, and TV electronics.

A number of these initial speculative investments proved overvalued for many enthusiastic investors, but the underlying technologies have proven durable and profitable for investors who bought broadly and judiciously and held for the long term.

The California Gold Rush of 1849 — like the later metal booms in Canada’s Yukon and the mountains of Australia and South Africa — famously brought enduring riches, not to all of the hopeful miners who flocked to gold boomtowns and dug up the mountain creeks, but to visionaries like Leland Stanford, who built the railroad that serviced California mines and cities.

Levi Strauss sold the miners their durable blue jean work clothes; Strauss’s brand endures to this day, while Stanford’s generous legacy includes the tech-rich university whose scientists built the technology and innovation hub known as Silicon Valley. The Stanfords and Strausses of today watch the Bitcoin frenzy — and hunt for profitable, sensible applications of blockchain that make it possible.

In early January, IBM and Comcast joined forces to finance Mstate, a fund that incubates and invests in early-stage firms looking to sell blockchain-based services to big corporations. A sample investment is a New York firm called BlockDaemon, which promises “one-click deployment” to access blockchain nodes.

A company controlled by media baron Bruno Wu in January 2018 invested $8 million in the Delaware Board of Trade, a tiny, new stock exchange that says it will use Delaware’s new blockchain legal records law, the first in the nation, to help brokerage clients raise funds and sell securities efficiently. And scores of startups have raised six- and seven-figure sums to apply blockchain in fields such as accounting, advertising, pharmaceuticals, and securities trading.

The survival rate among such emerging enterprises is low. But the combination of corporate- and venture-backed blockchain ventures has spurred on new engineering and management talent to build future enterprises long after cryptocurrency markets have shaken out.

Matt Osborne is founder and chief investment officer of Altegris. 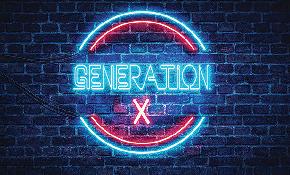 5 Ways to Connect With Gen X

Here are some scenarios that might derail retirement or other significant financial goals, if left undetected.

Industry groups and lawmakers asked Labor to dismantle the rule and start again. 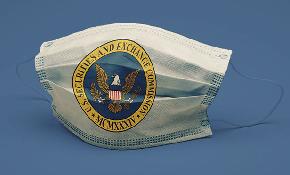 The SEC and its state brethren recently have come down on some displaced advisors, so beware.