4 Facts About the World’s Billionaires

Billionaire wealth returned to growth in 2016 after falling the year before, according to the 2017 UBS/PwC Billionaires Report.

“After a pause in 2015, expansion in billionaire wealth has continued,” the report states.

Across all industries, companies linked to billionaires have created jobs over the past year, the report finds.

The 1,542 billionaires on the report’s database own or partly own companies that directly employ at least 27.7 million people worldwide, which is “roughly the same as the U.K.’s working population,” the report says.

According to the report, 2016’s newly minted billionaires was linked to companies that employed at least 2.8 million people, or roughly a tenth of the total, a high percentage that results from the fact that 86% of the year’s newbies were self-made.

“While we do not have employment data for 1995, the start of our study period, there were only 289 in-scope billionaires at the time, which suggests that growing entrepreneurial wealth has been accompanied by expanding employment,” the report states.

For context, the report notes that 13% of the people employed by S&P Global 1,200 firms in 2016 worked for companies linked to billionaires.

2. Billionaires bankroll a large share of art and pro sports.

The emergence of great wealth is paying dividends for art collecting and sports clubs globally — not just in the U.S. and Europe but also in the Middle East, Asia, Latin America and Africa, according to the report.

The report finds that the ultrawealthy account for a growing number of the top 200 collectors. In 1995, there were 28 billionaires on the list — by 2016, that number has grown to 72.

While U.S. collectors continue to lead the list — there were 42 on it in 2016 — Asian, and especially Chinese, art collectors are increasingly active. Just one Asian billionaire was on this elite list in 2006, compared with 14 in 2016.

Meanwhile, in the sports arena, billionaires are becoming major patrons of sports such as soccer, hockey, baseball or basketball. According to the report’s analysis, more than 140 of the top sports clubs globally are owned by just 109 billionaires – 60 from the U.S., 20 from Europe and 29 from Asia.

In the U.S., two-thirds of the National Basketball Association and National Football League teams, and half of the Major League Baseball teams, are owned by billionaires that are in the report’s scope.

In the UK, almost half (9 out of 20) Premier League soccer clubs are governed by in-scope billionaires. Asians have made more than half of the billionaires’ sports club acquisitions in the last two years. 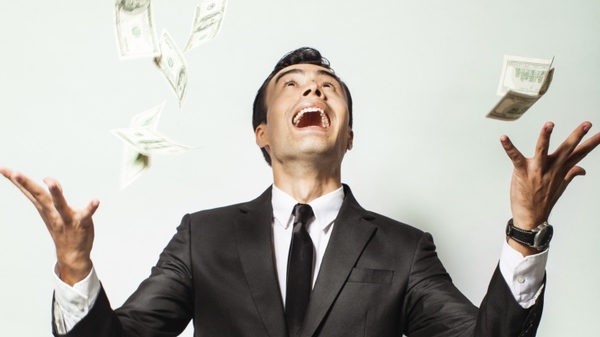 3. Asian billionaires are getting richer, faster.

Asian billionaires’ wealth is increasing at a faster pace than the wealth of those in the U.S. and Europe, according to the report.

“Our analysis shows that, if current growth trends continue, the total wealth of Asia’s billionaires will overtake the U.S. in four years,” the report says.

Asia’s economic expansion saw, on average, a new billionaire every other day, with the population expanding by a record 162. Taken together, according to the report, the wealth of Asian billionaires grew by almost a third in 2016, up from $1.5 trillion to $2 trillion.

Three quarters of the newly minted billionaires are from the region’s two biggest economies, China and India.

4. U.S. has the most billionaire wealth.

Despite Asia’s increasing wealth, the United States still has the world’s largest concentration of billionaire wealth. According to the report, it grew by 15% from $2.4 trillion to $2.8 trillion as billionaires prospered, far outstripping the MSCI AC World Index.

In the U.S., the report finds that 39 people became billionaires in 2016, while 14 dropped off the list.

The report also notes that the United States is the global home of technology innovation, which adds to the level of wealth in the U.S.