Oh, the deceitful web scammers weave to make a fast buck. From stealing from the elderly to conning pro athletes, 2016 had its fair share of fraud charges and prison sentences against scammers who acted as investment advisors. And the bar was set low: One fraudster had already been kicked out of the industry and declared bankruptcy, yet still managed to raise funds from gullible investors. Another scammed his mother. As usual, Ponzi schemes were abundant. All have something in common: They all lost their clients a ton of money.

Each year ThinkAdvisor searches through the Securities and Exchange Commission and Financial Industry Regulatory Authority enforcement actions as well as local news outlets to find some of the worst advisors of the year.

Many of these were finally sentenced this year for earlier charges, and others are pending sentencing. There were many fraudsters to choose from, but here are some of the dirtier dozen from 2016:

Jerome “Joe” Bonnett Jr. of Nebraska had his investment advisory registration revoked in May after the state’s banking and finance department stepped in stating he failed to account for $1.35 million of client funds and charged him with first-degree forgery and insurance fraud. But Bonnett saved the state some money: While he was out on bond he committed suicide. 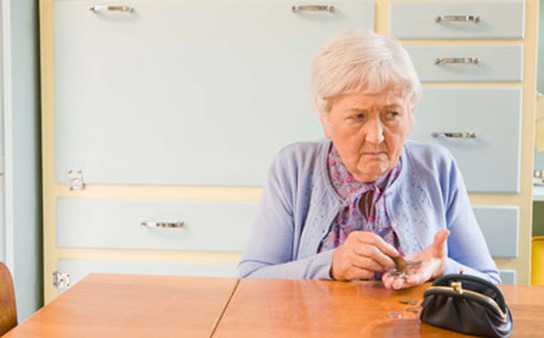 Michael Donnelly of Pennsylvania was found guilty of bilking “elderly and unsophisticated clients” of $2 million that he took for his own personal use, including car payments and his kids’ private-school tuition. President of Coastal Investment Advisers of Wilmington, Del., when he committed the fraud, Donnelly was sentenced to 99 months in prison and was banned for life from the securities industry.

Wells Fargo had a bad 2016, but one of its former investment advisors, who it fired in 2011 and who was permanently barred form the securities industry by FINRA in 2012, still claimed to be with the bank while bilking clients. Bradley Smegal faced two counts of securities fraud for allegedly stealing more than $5 million from clients and making “Ponzi-type payments” to investors. Apparently, background checks weren’t a priority for clients as Smegal filed for Chapter 7 bankruptcy in 2013, claiming Rolex watches, Cartier gold bracelets and a Mercedes-Benz as assets, and liabilities including money owed previous clients.

After pleading guilty to mail fraud and money laundering, Levi David Lindemann of Minnesota was sentenced to 74 months in prison and ordered to pay $1.9 million in restitution. Lindemann told clients he would invest their money, including retirement funds, in conservative products, but instead used the money for personal purchases, such as a car. Lindemann’s firm, Alternative Wealth Solutions, solicited about $4.3 million from 50 investor clients, making Ponzi-like payments to early investors.

Scottie Pippen, known for his outstanding basketball play with the Chicago Bulls, hit a losing streak as he left the game. Pippen invested $20 million with Robert Lunn, a financial advisor, who was convicted on five counts of bank fraud for several schemes including forging Pippen’s signature on a $1.2 million loan that he used to pay off personal debts. Lunn was sentenced to three years in prison and was ordered to forfeit $2.7 million in addition to another $1.5 million in restitution, which includes a $400,000 payment to Pippen. Lunn had been a money manager with Morgan Stanley and Lehman Brothers before opening his own firm, Lunn Partners.

Scottie Pippen isn’t alone in his bad choice of advisors as former San Antonio Spurs star Tim Duncan ran afoul of “venture capitalist and investment counselor” Charles Banks, who worked for the investment firm CSI when Duncan first met him. After leaving the firm, Banks still advised Duncan, who says he lost $20 million in investment fraud. Although Duncan recouped the losses, Banks was charged with securities fraud by the SEC. He pleaded guilty to wire fraud in early April and will be sentenced in June.

Lest basketball players feel picked on, note that some football and baseball pros are in the same boat.

New Bill Would Allow Rollovers From 529 Plans to Roth IRAs

Headwinds for High Earners Are About to Get Worse

Ash Narayan, formerly of RGT Capital Management, was charged with stealing $30 million from several athletes, including Mark Sanchez, former New York Jets quarterback, and baseball pitchers Jake Peavy and Roy Oswalt, preying on their Christian faith. After gaining the athletes’ trust and money, Narayan invested it in The Ticket Reserve Inc., a company in which he sat on the board and of which he owned 3 million shares.

In mid-2011 Sanchez agreed to invest $100,000 in TTR, but Narayan forged documents and put more than $7 million in the company. About $15 million of Peavy’s money and $7 million of Oswalt’s also was put into TTR without their knowledge, according to the complaint. In total, Narayan put more than $33 million from investors into the company, while earning $2 million in hidden compensation. Narayan has been permanently barred from the securities business, ordered to pay $1.5 million in disgorgement and $350,000 in civil penalties.

Stealing from elderly clients is a loser’s game, as Robert Tricarico of Connecticut found out when he wrote checks to himself, misappropriated funds and even liquidated a coin collection from his client’s account. Tricarico, formerly a financial advisor with RNT Wealth Management, Northstar Wealth Partners, LPL Financial and Wells Fargo Advisors, was sentenced to 3.4 years in prison and ordered to pay $1.2 million in restitution.

This Utah hometown boy didn’t do well, especially after bilking $9 million from friends, neighbors and even the local police chief. He persuaded clients of his CPA and advisory firm to invest in a bogus bank. Andrews eventually was caught, pleaded guilty to securities and mail fraud and is awaiting a trial or a new plea agreement. The original plea agreement of four to five years in prison was rejected by the courts last November as being too lenient.

It’s a person of very questionable character who steals from blue-collar workers and his mother, but Daniel Thibeault, a financial advisor in Massachusetts, allegedly stole $15 million from his customers and family. Thibeault, who founded Graduate Leverage, a “financial advice” firm, pleaded guilty in March 2016 to writing several fake loans through his mutual fund, GL Beyond Income Fund. The former Goldman Sachs employee bilked his clients, colleagues, nanny and mother. Despite his mother’s plea for leniency claiming Thibeault was addicted to drugs, he was sentenced to nine years in prison.

Hell hath no fury as a widow scorned. Former Morgan Stanley advisors were charged by FINRA with “elder exploitation, breach of fiduciary duty, constructive fraud, negligence and negligent supervision.” According to the report, Florida-based advisors Ami Forte and branch manager Terry McCoy made unauthorized trades on the account of Roy Speer, co-founder of the Home Shopping Network, according to his widow’s lawyers. The widow charged that Forte used an affair she had with Speer, who had died in 2012, to manipulate the account. FINRA found damages of more than $32.8 million and costs of $1.5 million. But that is nothing compared to a $170 million lawsuit filed against Forte and McCoy by Speer’s widow, Lynnda Speer.

Forte, for her part, said in an interview with ThinkAdvisor in May that Morgan Stanley “threw [her] under the bus.” She brought an arbitration case against the firm for wrongful termination and defamation.

Utilizing the best Ponzi scheme tools, Aequitas Management and its three top officers allegedly scammed 1,500 customers out of at least $350 million, according to the SEC.

Aequitas CEO Robert J. Jesenik, Executive Vice President Brian A. Oliver and former Chief Financial Officer N. Scott Gillis allegedly continued to solicit millions of dollars “to stave off the impending collapse” of the company. Although some money was invested in stated enterprises, much was not.

The executives would draw up promissory notes at 8.5% to 10% ROR, while investing in for-profit “school” Corinthian Colleges (now defunct). They lived a plush lifestyle, using a private jet, attending expensive dinners and drawing lucrative salaries. The three executives took home at least $2.5 million in salaries between January 2014 and January 2016, according to the SEC.

But the scheme came crashing down in November 2015 when cash-flow problems came to a head and the firm laid off two-thirds of its staff. The firm is currently in receivership, in which The Oregonian reported in September that the receiver had found only about $200 million of the reported $600 million of client funds allegedly still missing.

New Bill Would Allow Rollovers From 529 Plans to Roth IRAs

Headwinds for High Earners Are About to Get Worse