6 Companies With the Best Retirement Plans

Oh, for the days of the pension plan—when benefits arrived every month, on time, in a fixed and predictable amount.

Those days are largely gone, as most companies have moved to 401(k)s or simply cast employees adrift to open their own IRAs—or not save at all.

In fact, benefits advisory firm Willis Towers Watson said that between 1998 and 2015, the percentage of employers still offering a traditional defined benefit pension plan to newly hired employees fell from about 50 percent to 5 percent. Lots of companies either froze their retirement plans or closed them altogether.

Those aren’t the only problems that face employees; these days, the Department of Labor rides herd on companies’ 401(k) plans, as some employers are tempted into diverting plan assets or simply not recording plan contributions as such.

And workers at small companies have it tough, too—less than a third of small-business employers provide 401(k) plans for their employees, and of those who don’t, most don’t plan to.

There are some exceptions, however. Bankrate.com identified six companies that offer their employees a chance at the brass ring of retirement, in ways that range from still-active pension plans to generous matching contributions.

If you’re tired of struggling to save for retirement and are looking for greener pastures, or if you’d just like to dream a little, have a look at the six companies Bankrate checked out.

Here are the six companies: 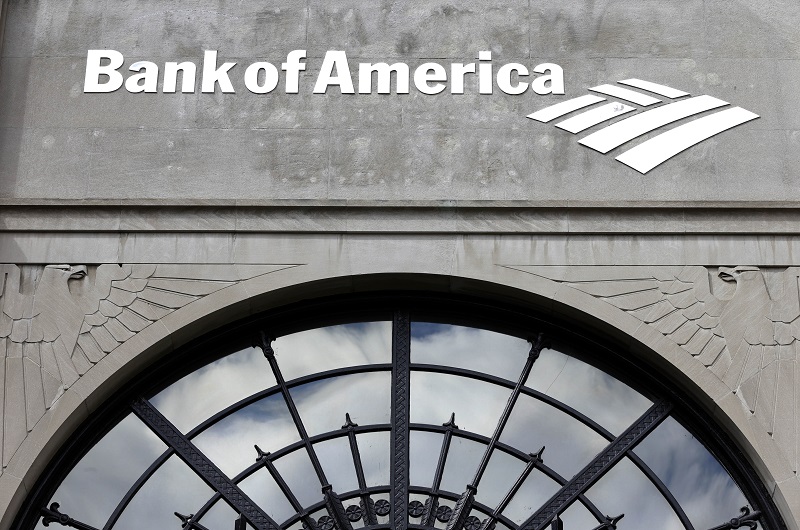 With more than 200,000 employees, Bank of America did freeze its defined benefit plan back in 2012.

However, Bankrate said that the plan is still 124 percent funded—an impressive achievement these days, when most firms are underfunded and looking for ways to derisk rather than boost contributions to their plans. And approximately 295,000 current, former and retired employees continue to participate or receive benefits.

For employees who joined the bank after 2012, they don’t do all that badly; they get an employer contribution annually of between 2–3 percent, in addition to a dollar-for-dollar company 401(k) savings match of up to 5 percent of eligible pay.

When all these things are taken together, a Bank of American employee could theoretically save between 12–13 percent of earnings each year in tax-advantaged savings.

This one could be the gold standard, since financial services holding company BB&T, with more than 30,000 employees has not frozen its pension plan.

In fact, not only is the company’s DB plan still active, it’s 125 percent funded—and the company also provides employees with a 401(k) that’s still used as 401(k)s were originally intended: as supplemental savings in addition to a pension plan.

Not only that, the company matches 100 percent of the first 6 percent of employee savings in that 401(k). All in all, not a bad deal.

Employees of ConocoPhillips who work more than 1,000 hours a year are eligible to participate in its retirement plan. (Photo: AP)

While it didn’t keep its DB plan, ConocoPhillips switched it over to a cash balance plan.

That means that it contributes a previously determined percentage annually to the plan, as well as committing to contributing an amount of interest.

Cash balance plans do not require that companies pay a set lifetime pension amount, which is why employers like them better than traditional pension plans.

However, ConocoPhillips deposits up to 9 percent of monthly pay into the accounts of employees, with the percentage based upon age and years of service. It also pays interest monthly, tied to the 30-year U.S. Treasury rate.

All employees who work more than 1,000 hours a year are eligible to participate, even new hires. They are 100 percent vested after 3 years of service.

And the company provides a 401(k) plan, too, to which employees must contribute at least 1 percent in order to receive a 6 percent match. The company also contributes up to 6 percent based on company performance and market conditions.

Not only does it offer a phased-retirement program that allows employees to dial back to part-time work while staying eligible for health and other benefits, they can even take distributions from their retirement accounts while still accruing retirement benefits.

Scripps Health also offers a “money-purchase” 401(a) plan that allows both employer and employee contributions.

Workers contributing at least 3 percent of their pay get a match of as much as 6 percent, depending on how long they’ve been with the company.

Scripps also contributes an additional 1 percent, even to the accounts of employees that don’t otherwise participate in the plan.

The 401(a) plan also has a retiree health insurance savings account feature, to which employees can direct part of their 401(a) contributions and reimburse themselves tax-free for the cost of post-retirement health insurance premiums. There’s also an additional unmatched plan for pretax or Roth contributions.

USAA supports the NFL but more importantly, it supports its employees with a 100% match of the first 8% of salary saved. (Photo: AP)

Financial services group USAA, in San Antonio, Texas, is popular with its customers—and also with its 28,200 employees.

Not only does USAA match 100 percent of the first 8 percent of salary saved—a powerful incentive to sock funds into a 401(k)—the company also provides a bonus contribution, based on company performance targets, that can amount to 3–9 percent of an employee’s salary, based on the employee’s age.

In a profitable year, an employee could put away 17 percent of earnings, pretax, just from USAA’s contributions. Add in the employee contribution of 8 percent and that’s a tidy 25 percent a year, tax advantaged.

Amid these lofty companies—financial services and fuel—comes supermarket chain Publix, which employs 184,500, most of whom make less than $11 per hour before overtime, according to PayScale.

But Publix contributes 8.5 percent of wages to its Employee Stock Ownership Plan (ESOP), and with the current stock price nearly $42 per share, that can add up to a lot. Anyone who works 1,000 hours per year participates.

There is no dividend reinvestment plan, although there is a 401(k) plan—to which Publix contributes 50 cents on 3 percent of pay.