New Census Bureau data reveals the gains in income made — particularly by middle-income Americans — and casts a ray of light on the economy. But how do states compare to each other?

Related: 20 of the wealthiest places in America

Financial news and opinion site 24/7 Wall St. looked at all 50 states and the District of Columbia to see which came out richest and which poorest.

According to the new data, the national median household income rose to $55,775 in 2015. No state reported income declines.

Related: The 20 richest cities in America

While 39 states reported significant increases in household income, income levels in 11 states remained the same. Annual income levels range from $75,847 in Maryland to $40,593 in Mississippi.

In addition to those latest Census Bureau income figures, it also considered state data on income from the Census Bureau’s 2015 American Community Survey, with median household income for all years adjusted for inflation.

Related: The 10 wealthiest people in America

Also factoring into the ranking were data on health insurance coverage, employment by industry, food stamp recipiency, poverty, and income inequality — all also from the 2015 ACS.

Income inequality is measured by the Gini coefficient, which is scaled from 0 to 1, with 0 representing perfect equality and 1 representing total inequality. 24/7 Wall St. also reviewed annual average unemployment data from the Bureau of Labor Statistics for 2014 and 2015.

Being rich in Washington state could mean attending gala dinners with Bill Gates or cruising Puget Sound in a yacht. (Photo: iStock)

The state of Washington may have squeaked in at the bottom of the list of 10 richest states, but that doesn’t mean it doesn’t have economic woes as well as wealth.

Last year, 5.7 percent of workers in the state were unemployed; that’s the 15th highest jobless rate nationally. In addition, 14.5 percent of households rely on food stamps, a slightly larger share than the national rate of 12.8 percent. 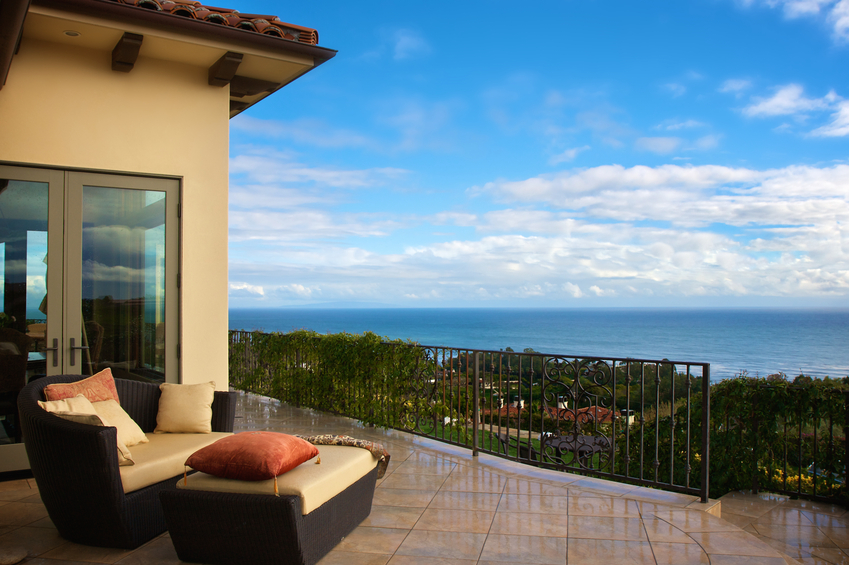 A home in Malibu with a beach view is not out of reach for wealthy Californians, but is difficult for those making the median household income of $64,500. (Photo: iStock)

California is actually a study in contrasts. Its high cost of living — 12.4 percent higher than the national median — well outstrips salaries for those not in the higher echelons of earning, yet the state does have a higher-than-median household income.

But a lot of that gets eaten up by housing prices, which, at $449,100, are more than double the national median. And the state also has a high percentage of those in poverty; income inequality as measured by the Gini coefficient is more pervasive in California than in all but three other states.

See also: 50 of the wealthiest people in America, by state: Part 1

Rowhouses in Alexandria, Virginia, fetch a pretty price, but with its educated population and a low unemployment rate, a buyer can be found. (Photo: iStock)

Of course, it also helps to have a low unemployment rate, and Virginia’s is almost a full percentage point below the national average.

See also: 50 of the wealthiest people in America, by state: Part 2 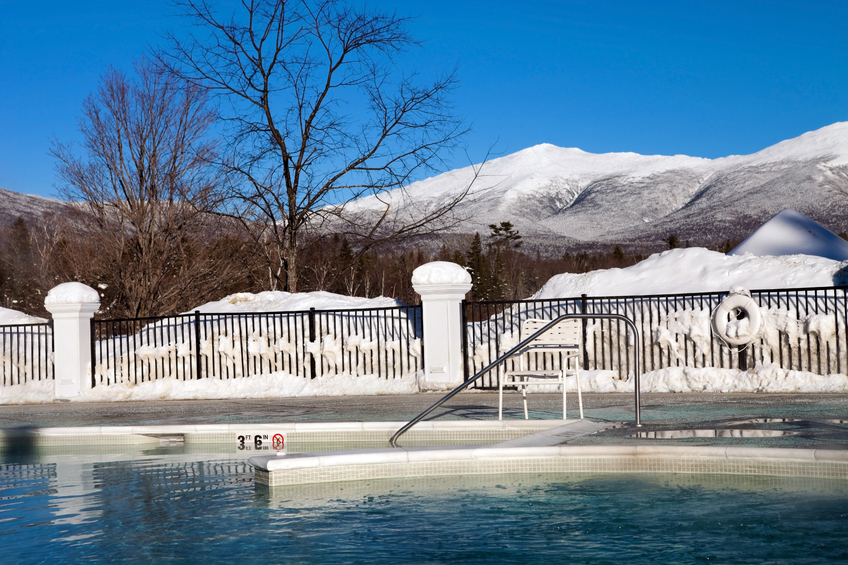 Winters in New Hampshire are easier with a pool and spa, although in this state, home prices are above the national median. (Photo:iStock)

With the lowest poverty rate in the country, New Hampshire does fairly well for itself. Its home prices and income levels are both well above the national median, too.

But this is a state that really values education — and not just college degrees. While more than 35.7 percent of state adults have at least a bachelor’s degree, compared to 30.6 percent of adults nationally, the state also is second in the country for the number of adults who made it through high school: 93.1 percent, compared with 87.1 percent nationally.

See also: 50 of the wealthiest people in America, by state: Part 3

The median home value in Massachusetts is $352,100, but a place on Acorn Street on Boston’s Beacon Hill is definitely more attainable for the wealthy. (Photo: iStock)

6 Fraud Schemes That Were Busted by State Regulators

If it’s a college education that makes the difference, Massachusetts residents probably know it — at 41.5 percent, the state has the highest concentration of college degrees anywhere in the country.

In addition, 10 percent of the state’s households make at least $200,000 a year, which is good for them because the median home value of $352,100 in the state is among the highest nationwide.

See also: 50 of the wealthiest people in America, by state: Part 4

Connecticut has a reputation for being expensive, and part of that is because of the median cost of homes in the state — $270,900, well above the national median. But residents are big earners, too, with more than 10 percent of households bringing in more than $200,000 annually.

While not all residents are so fortunate, many are well educated, too; more than 38.3 percent of adults have at least a bachelor’s degree compared to 30.6 percent nationally. 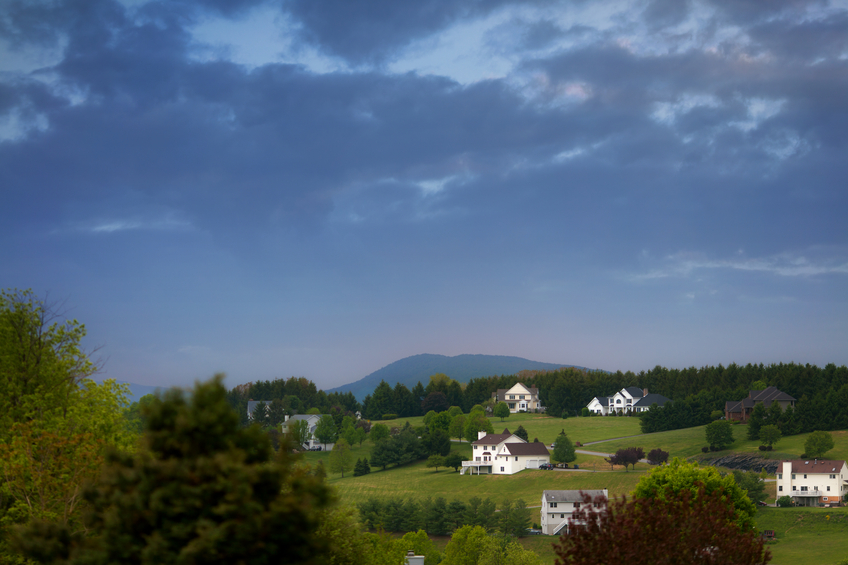 Many people who aren’t familiar with New Jersey are pleasantly surprised at its rural beauty as well as its ranking as a wealthy state. (Photo: iStock)

New Jersey is expensive — goods and services here run 14.5 percent more than across the rest of the country — but the state has a high proportion of big earners, so they can afford it; 10.9 percent of New Jersey residents make $200,000 or more annually.

See also: How to effectively reach the affluent market

One of the reasons Alaska has such a high median household income is its reliance on oil. Despite the fact that oil’s price has fallen of late, the industry contributes mightily to the state’s economy. As part of the agriculture, forestry, fishing, hunting and mining sector, the oil industry also helps to employ some of the 5.6 percent of the population that are employed within the sector.

But that doesn’t mean the state has no problems; it has the second largest population percentage (14.9 percent) in the country who have no health insurance. And that’s not a good thing.

Not surprisingly, real estate is expensive in Hawaii, with its median home value of $566,900. (Photo: iStock)

It also has a low unemployment rate and a low poverty rate.

While some might find enough luxury living on this boat, it’s just a toy for some lucky Maryland resident, in this state with the highest median income of all 50 states. (Photo: iStock)

The prosperous state of Maryland took top spot in 24/7 Wall St.’s 10 richest states list, with the highest median income of $75,847. But the state also has the second lowest poverty rate, which could be thanks to its high level of education — more than 38 percent of its adult residents have college degrees.

Add to that the fact that more than 10 percent of Maryland’s workers work in public administration, which are among the highest-paying government jobs in the country.

6 Fraud Schemes That Were Busted by State Regulators