As residents along the coasts of Florida, Georgia, North Carolina and South Carolina prepare for the impact of Hurricane Matthew, the governor of Florida is not mincing words.

“If you’re watching this and are in an evacuation area … get out,” said Gov. Rick Scott, emphasizing that the state would either sustain a direct hit from the Category 4 storm or at the very least be severely hit along the East Coast. “There are no excuses, you need to leave. Evacuate. Evacuate. Evacuate.”

With wind gusts of 145 to 150 mph, life-threatening storm surges and high tides, power outages that could last for days or weeks, and rainfall totals of 5-12 inches, Matthew is expected to travel up the East Coast from Florida to the Carolinas before pushing away from the coast sometime on Sunday.

Shelters are being set up on the west coast of Florida in anticipation of the influx of residents evacuating ahead of the storm.

In the meantime, residents are making preparations to either ride out the storm if they are far enough inland, or packing up whatever will fit into their vehicles and moving to safer ground. 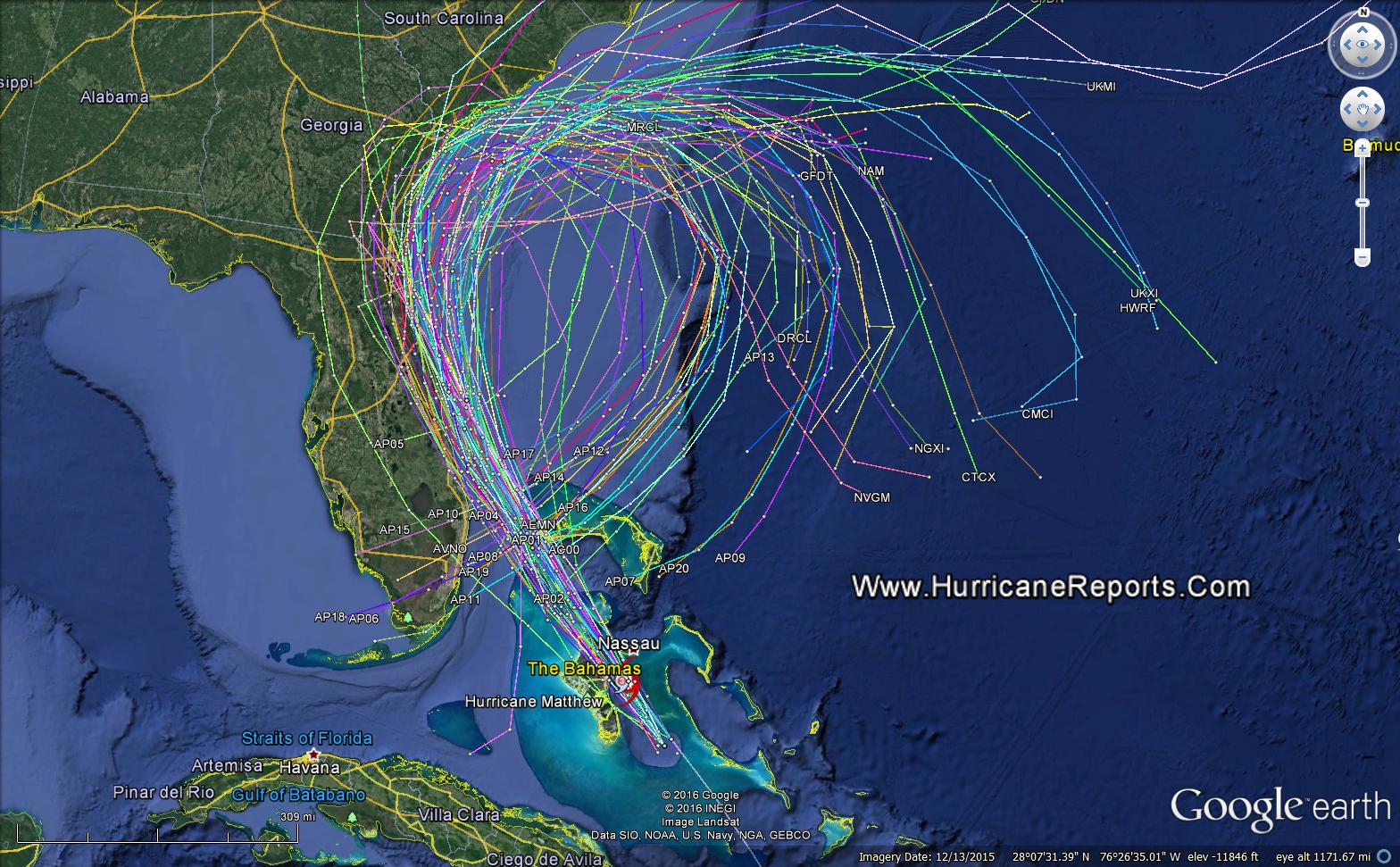 A compilation of forecasted storm tracks for Hurricane Matthew shows that Matthew will be dangerously close to the east coast of Florida. In a bizarre twist, the hurricane will likely do a 360-degree turn and possibly threaten South Florida again with tropical storm conditions early next week. (Photo: Forensic Weather Consultants)

Riding out the storm

Insurers are contacting policyholders in the affected areas and urging them to take precautions in order to stay safe, mitigate some of the damage and recover more quickly after the storm. Residential property owners staying at home should:

Scott Humphrey, second vice president, risk control for Travelers Insurance says that six out of 10 Americans believe that the risk of severe, damaging weather is increasing according to the 2016 Travelers Consumer Risk Index, and  39 percent believe damage to their property, homes or automobiles is more likely.

Read on for evacuation tips: 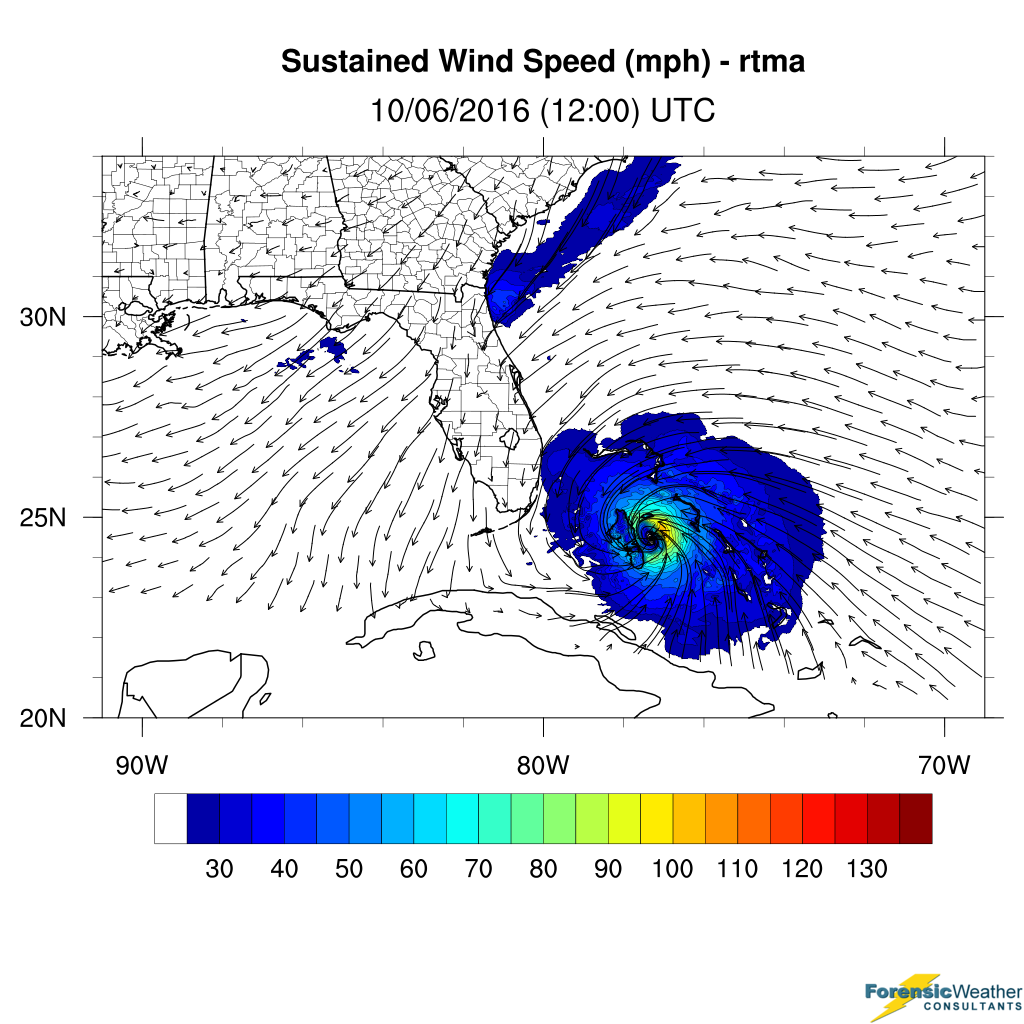 Sustained winds are shown here indicate that sustained winds of 25-30 mph are beginning to move onshore in Broward and Palm Beach counties in Florida. Tropical storm conditions will be moving in this afternoon. (Photo: Forensic Weather Consultants)

In addition to taking the actions above, residents evacuating to a safer area should take additional steps to prepare: 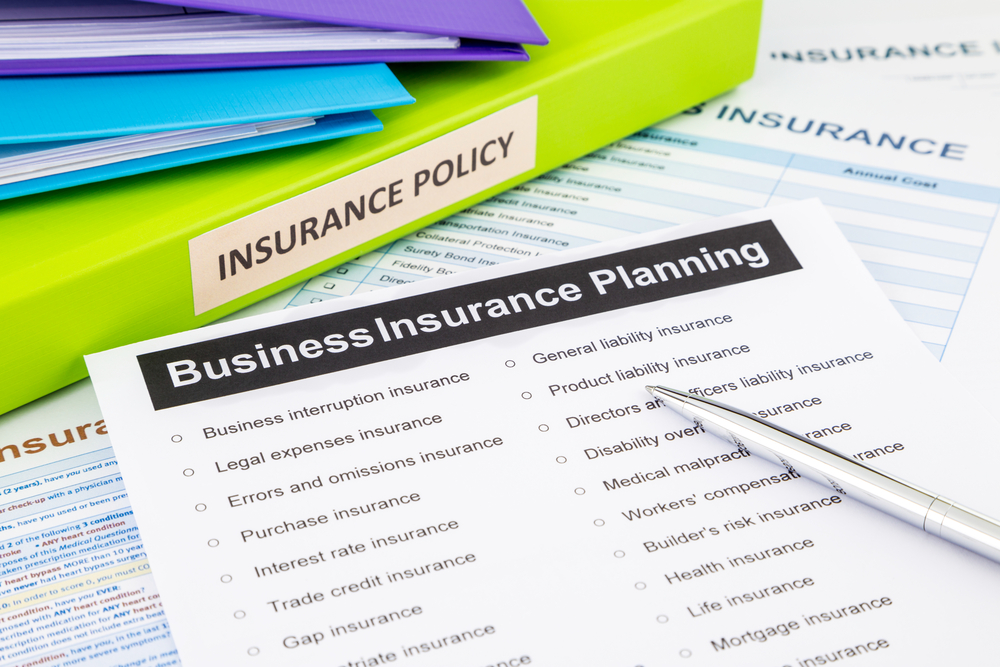 Business continuity plans are critical to getting a business operating after a major catastrophe. (Photo: Shutterstock)

Commercial business owners must prepare not only their homes and families for the storm, but their businesses, employees, customers and property as well. Liberty Mutual Insurance offers these recommendations to business owners:

“Preparation is one key way to minimizing the eventual impact a storm has on a company’s operations and bottom line,” notes Ralph Tiede, manager, commercial property risk engineering, Liberty Mutual. “Work upfront pays dividend down the road. Businesses can take clear steps to prepare their operations before a storm hits to better protect their facilities, employees, recovery and the public.”

This story will be updated as more information becomes available.