As national director of OCIE, Jarcho is leading the charge in making sure advisors' processes are up to snuff.

When Jane Jarcho is talking, advisors’ ears should prick up.

Not only has she headed the SEC’s advisor/investment company exam program since 2013, but she was also named in February as national director of the agency’s Office of Compliance Inspections and Examinations.

Jarcho oversees about 600 lawyers, accountants and examiners responsible for inspections of RIAs and investment companies.

Peter Driscoll, head of the SEC’s new Office of Risk and Strategy, housed within OCIE, said at a recent meeting of the agency’s Investor Advisory Committee, that Jarcho has “made a lot of changes” in how OCIE performs exams.

Jarcho was the first SEC executive to sound the warning bell that the agency would be cracking down on advisors’ cybersecurity preparedness. The second round of cyber exams started last October, but will primarily take place in fiscal 2016.

At the recent investment advisor/investment company compliance outreach summit held at SEC headquarters in Washington, Jarcho alerted advisors that the agency plans to launch by year-end a “Share Class Initiative” to examine advisors’ commissions in connection with recommending share classes that charge investors 12b-1 fees, and the agency is knee-deep in assessing the “scope” of potential third-party advisor audits.

Also on the agency’s agenda is a proposal to require advisors receive a third-party audit. Jarcho stated recently that “a lot of thinking [about] getting the scope [of such audits] right is being put into this proposal; there’s a lot of discussion on what the scope should be.”

She added that while SEC Chairwoman Mary Jo White has stated that using third-party audits to boost the number of advisor exams is not her “first choice,” developing such a proposal is “a priority of White’s and a lot of effort is being placed on this” at the agency.

As to advisor exams, Jarcho told attendees at the compliance outreach summit that just because OCIE decides to examine an advisory firm doesn’t mean “you’ve done something wrong.”

OCIE, she said, is “very risk-based” when it comes to performing exams, and “you may have a product that we think poses a risk and we are coming to look at that product.” A lot of exams occur because “we are interested in something you’re playing a role in — like a business line, product.”

Jarcho noted the agency’s fixed income liquidity risk initiative, for instance, which was launched in 2015 and will likely conclude this year. She said OCIE has conducted about 30 exams of investment companies as well as 38 associated advisors and subadvisors under the initiative.

More than 200 exams have also been conducted under OCIE’s Retirement-Targeted Industry Reviews and Examinations (ReTIRE) Initiative, which was announced last summer and zeros in on “higher-risk areas” of registrants’ sales, investment and oversight processes, with particular emphasis on select areas where retail investors saving for retirement “may be harmed.”

The initiative looks at such areas as fee and account selection, suitability, marketing and branch offices, Jarcho said, with a particular focus on branch offices in the IA space.

“We anticipate this to be a multiyear initiative; it’s an enormous area to tackle,” Jarcho said. The first year’s exams looked at three types of platforms — captive sales forces, non-captive sale forces and direct sales and solicitations, she said.

She added that 80% of the ReTIRE exams have been in the IA space and 20% on broker-dealers. Results of the exams “will help us determine industry practices and what risks we need to focus on.”

— See the full 2016 IA 25 in the May issue of Investment Advisor, and find ongoing coverage of the honorees, including extended profiles, all month on the IA 25 homepage.

The financial industry trends forecaster tells ThinkAdvisor what advisors should do now to capitalize on this shift. 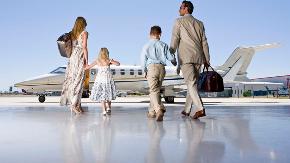