Where you live makes a big difference when you’re trying to save for retirement.

It’s not just a matter of a state’s cost of living, or taxation on retirees, or even how well or poorly educated its citizens are financially.

Instead, according to analysis from the Pew Charitable Trusts, it’s access to, and participation in, a retirement plan — which varies greatly depending on locale.

In its report “Who’s In, Who’s Out: A Look at Access to Employer-Based Retirement Plans and Participation in the States,” Pew found that both access and participation are highest in the Midwest, New England and parts of the Pacific Northwest, but lower in the South and West.

Several states have moved to make employee retirement plans more available. Washington state has a retirement plan marketplace for small businesses and the self-employed. Illinois’ Secure Choice Savings Program will start auto-enrolling workers without employee retirement plans in 2017.  In New Jersey, Gov. Chris Christie on Jan. 11 issued a conditional veto of a similar program, saying the requirement for businesses to participate would place an undue burden on them. The state will instead create an exchange similar to Washington’s.

Auto-enrollment features, which have been shown to boost participation rates, alre also on the rise.

“For example, certain states have more workers at small businesses or in industries with relatively high turnover,” says the study’s overview. “Other states have higher shares of minority workers who may benefit from targeted outreach materials to expand participation in new or existing plans.”

For a look at the 10 best states for participation in an employer-provided retirement plan, read on: 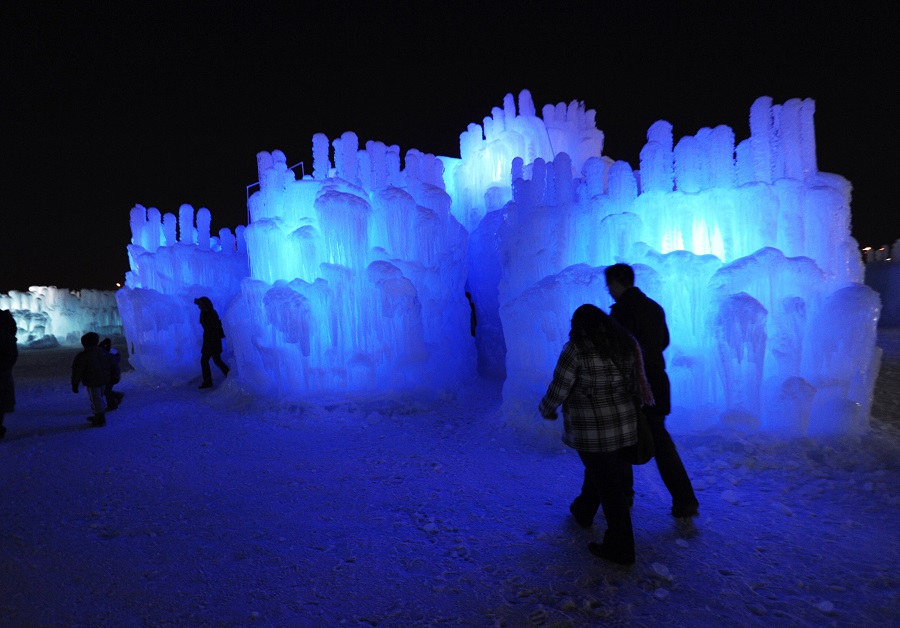 With a 69% rate of access to employer-provided plans, Minnesota has a 61% participation rate.

Nationally, the access rate is just 58%, which means Minnesota stands out nearly at the top with the second-highest rate in the country. 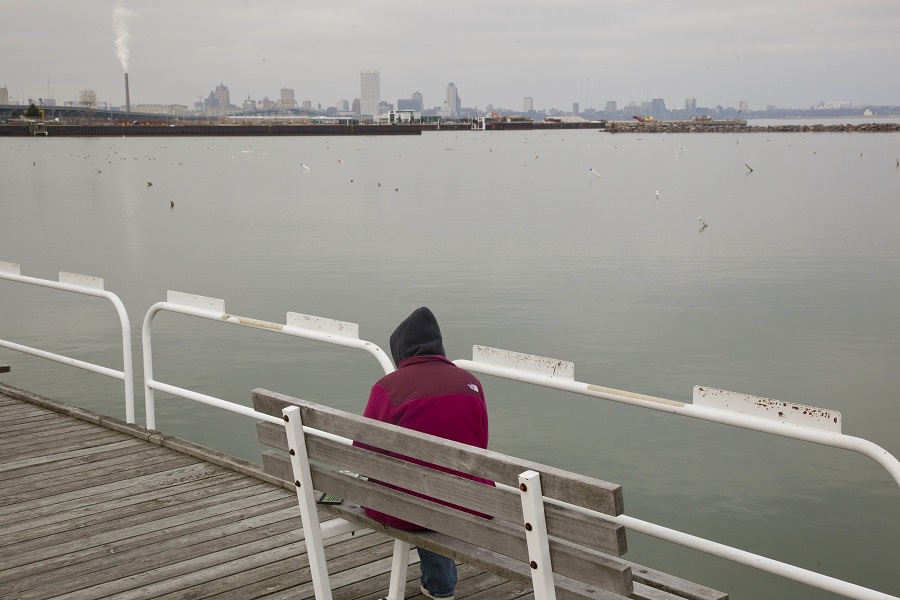 Wisconsin’s rate of access is even higher than Minnesota’s, at 70%, but its residents participate at the same 61% rate.

Although that rate of access is high, it means that more than 400,000 workers did not have access to a plan.

And another tidbit in the good-news-is-still-bad-news category: the report also said, “the estimate of the number of workers without access to a workplace retirement plan is conservative, because the analysis focuses only on full-time workers employed throughout the year. About 18% of those who are employed work part time; retirement plan access and participation are substantially lower among part-time and seasonal workers.” 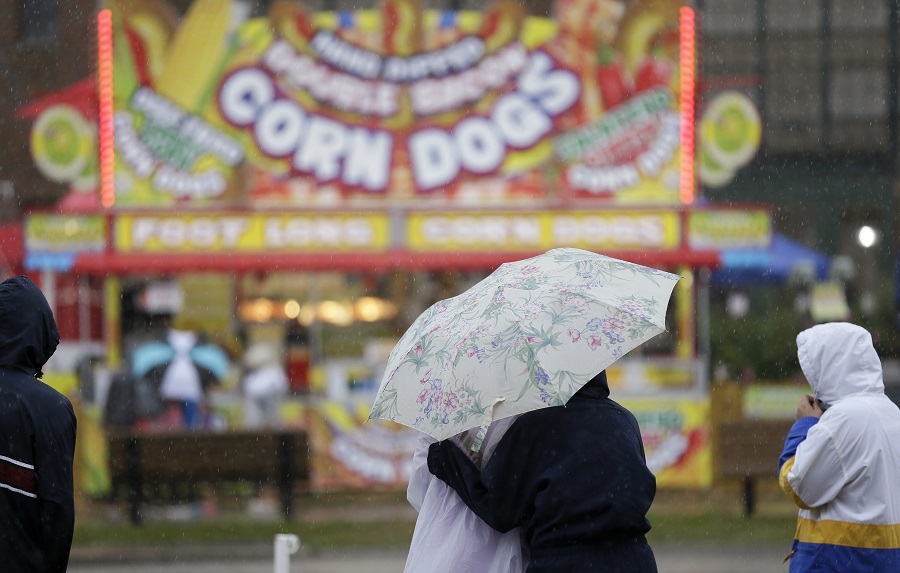 With a 68% rate of access and a 59% participation rate, Iowans are still fortunate to be in the top 10.

It’s also the state with the smallest percentage of workers employed in the leisure and hospitality industry, which doesn’t have a terrific track record of providing retirement benefits for its workers.

In fact, out of nine employment sectors ranked last July, it was at the bottom — with just 23.3% of the sector’s firms providing access to a retirement plan.

And only 34.5% of the sector’s employees with access actually manage to take advantage of it. 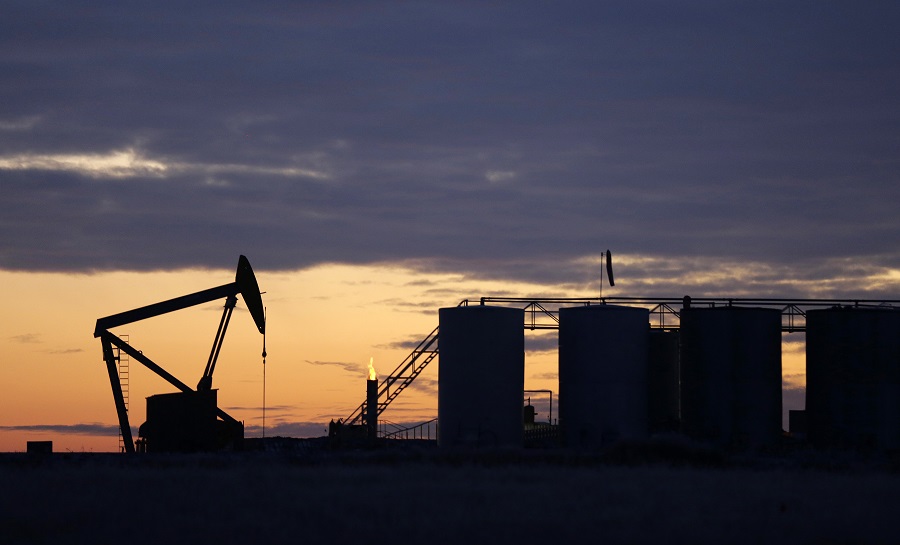 Sixty-eight percent of North Dakota firms provide a retirement plan for their employees, and 59% of the state’s employees avail themselves of the opportunity.

The good news here is that North Dakota has the fifth largest worker population under the age of 30 — and a high participation rate in this state implies that young workers are actually managing to save something for their retirement.

The report said, “The gap between access and participation proved largest among the youngest workers, many of whom face savings challenges even when they have access to retirement plans.” 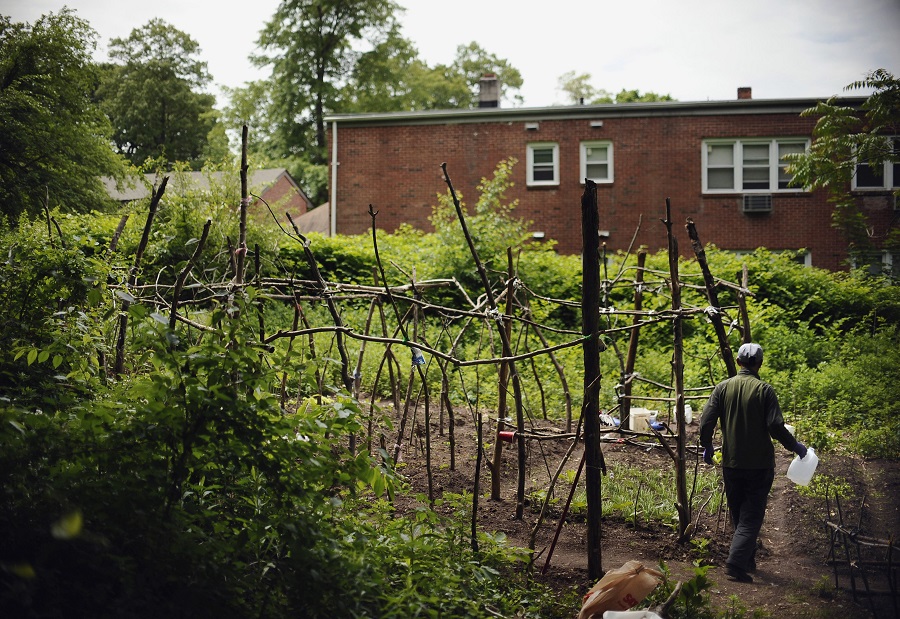 What Plan Sponsors Want in a Retirement Advisor: MassMutual

Considering that almost half of Connecticut’s workers are between the ages of 45 and 64, it’s a good thing that the state has 66% of employers providing access to a plan, and 58% of employees participating.

The Northeast in general has a higher concentration of older workers.

Connecticut is also fortunate in that it’s among the 10 states with the lowest number of workers with a high school diploma or less.

The less educated a worker is, the more likely he is not to have access to an employer-sponsored retirement plan — and participation follows the same pattern. 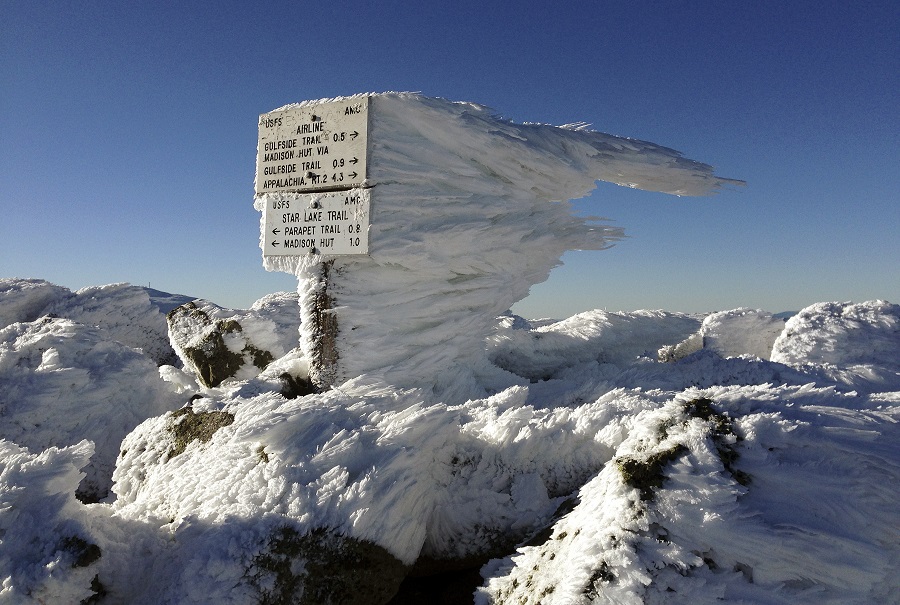 With 66% of New Hampshire’s employers providing a retirement plan, and 58% of employees participating — the same levels in each as in Connecticut — the state also stands out for having the second-lowest number of jobs in the leisure and hospitality industry, known for its poor numbers in providing access to retirement plans.

It also has the lowest percentage of workers (12%) who make less than $25,000 annually in wage and salary income.

That’s fortunate for workers, since only about 32% of those in that income bracket even have access to a plan and only 20% of those with access say they participate. 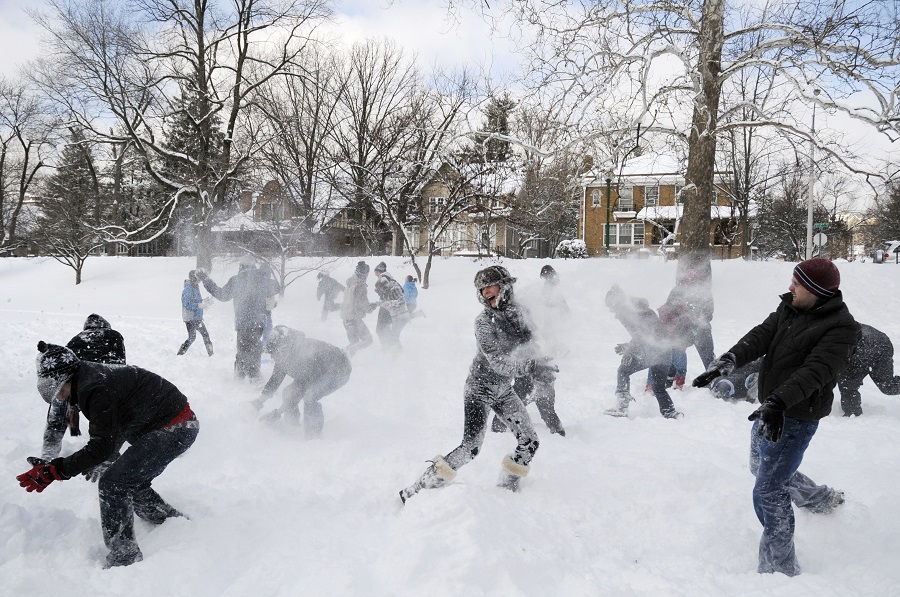 Indiana distinguishes itself with the highest “take-up” rate in the country: the percentage of workers who reported having access to a workplace retirement plan and were participating in that plan.

But, the study cautions, that doesn’t necessarily mean that they’re saving for retirement.

Pew pointed out that “many Americans use retirement plan savings for purposes other than retirement” and “[m]any people withdraw savings before retirement to meet large expenses, such as buying or repairing a house, consolidating bills, or paying educational and medical costs.”

Delaware, with 63% of its employers offering a plan and 56% of its workers participating in one, has more than the median percentage of workers with a high school diploma or less.

There are fewer than the median percentage of workers with wage and salary incomes of $25,000 or less in Delaware, which undoubtedly helps its participation rate.

Its workers also tend to be older; it has fewer than the median percentage of workers under age 30. 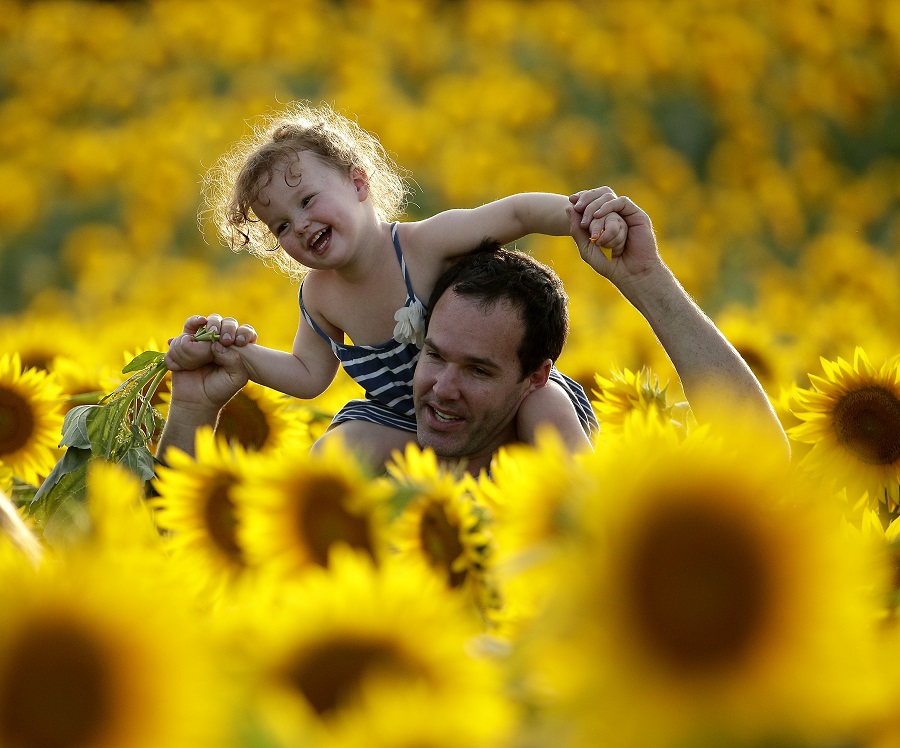 Kansas has the third highest percentage of workers under age 30 — more than a quarter of its work force.

Yet it still has a high participation rate of 56%, and 66% of its employers provide access to a plan. 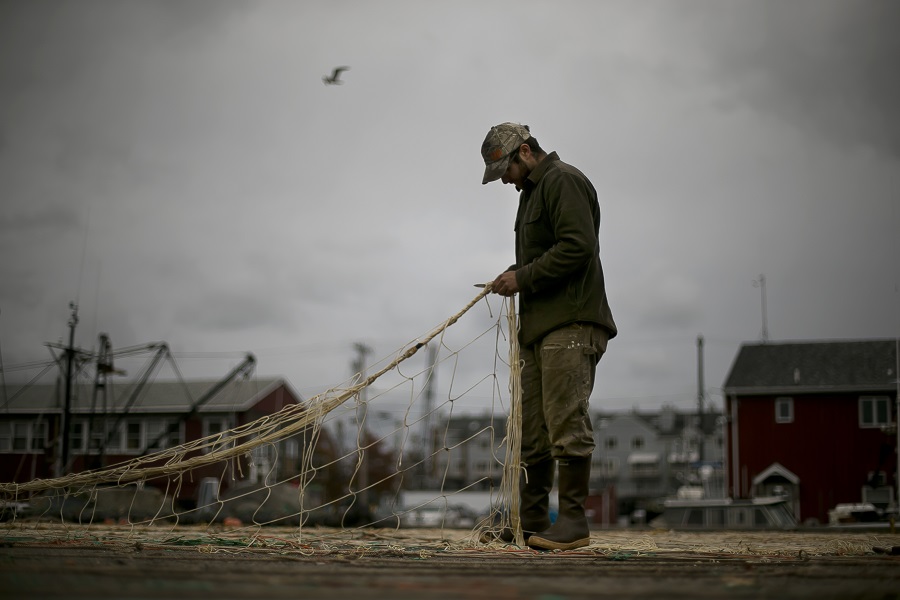 Sixty-seven percent of Maine’s employers provide access to a retirement plan for their workers, and 56% of Maine workers participate in a plan.

The state also is one of the Northeast states with a high concentration of workers aged 45 to 64. Fewer than 5% of its workers are Hispanic.

What Plan Sponsors Want in a Retirement Advisor: MassMutual