Meredith Whitney, who started a hedge fund after becoming one of Wall Street’s most famous analysts, has found it harder to bet on stocks than scrutinize them. Her fund is down 11 percent this year through last month, its main investor has demanded money back, top executives have left and her full-floor Madison Avenue office is now on the market.

Her American Revival Fund LP fell in eight of the past 11 months and was up less than 1 percent in two others, returns reviewed by Bloomberg News show. The Standard & Poor’s 500 Index was up about 12 percent over that span.

Soured investments include a loss of more than $2 million on Conn’s Inc., an electronics retailer that dropped 56 percent in that period, according to a person with knowledge of her fund who asked for anonymity to describe its performance.

“Meredith – at least in my view, having known her for years — is a brilliant, insightful investor and analyst,” her attorney, Stanley Arkin, said by phone Friday. “And this has been a very volatile, unusual year in the marketplace.”

A fund connected to billionaire Michael Platt’s BlueCrest Capital Management has asked to redeem its investment at least twice, according to the person with knowledge of Whitney’s firm, Kenbelle Capital LP. It started trading in November 2013 with about $50 million from BlueCrest partners and other investors, a fund presentation showed then.

A year later, her office, a 5,500-square-foot space in a Madison Avenue high-rise, is now available to be subleased, according to a listing. It advertises “excellent views on 3 sides; executive bathroom; furniture available.”

American Revival Fund’s best month so far this year was June, when it gained 1.7 percent. The fund has lost hundreds of thousands of dollars on investments including San Antonio-based CST Brands Inc., whose Corner Stores sell motor fuel and snacks, and MasterCard Inc., the payments network, according to the person who described its performance.

CST and MasterCard slid during the first months of the year before rebounding in the second half. MasterCard was up 4.5 percent by the end of November, while CST rose 19 percent.

Hedge funds, on average, returned about 2 percent during the year’s first 11 months, their worst performance since 2011, according to data compiled by Bloomberg. Smaller funds have struggled to grow as institutional investors flocked to the biggest players.

Aiming for returns of 12 percent to 17 percent, her fund sought to profit from growth in what she called “America’s Heartland,” according to the fund presentation.

Whitney won’t opine on things that she doesn’t have “a high conviction level on,” she told Bloomberg Businessweek last year. “The financial system is a faith-based system. And I’m very careful about preserving the equilibrium.” 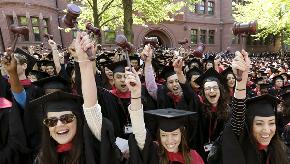