The average family office portfolio returned about 9% in 2013, the UBS/Campden study found.

Family offices across the globe have a lot in common, according to a new report released last week by UBS in partnership with Campden Wealth Research.

Researchers surveyed principals and executives in 205 family offices with, on average, $890 million in assets under management. In total, the family offices in the study spanned some 40 countries on six continents managed more than $180 billion in private wealth.

Researchers found evidence of “the great rotation” — moving portfolio allocations out of fixed income and into equities—representing the overall shift toward growth strategies in family offices globally.

“While performance lagged slightly among developing economy family offices, our research attributed this largely to holdings of developing-economy equities and fixed income, which last year were surpassed by the meteoric rise of developed-economy equities,” Campden Wealth’s chief executive Dominic Samuelson said in a statement.

Last year, the average family office spent 86 basis points on operating costs, nearly half of which went to investment activities.

Of that amount, 21 basis points on average were allocated to external specialist firms. Family offices managing more than $1 billion allocated 35 basis points toward outsourcing, compared with an average of 58 basis points for smaller ones.

The study determined that family offices that outsourced investment management were least likely to outperform against investment benchmarks.

Moreover, those that reported high levels of beneficiary involvement said they had pursued more aggressive growth investment strategies, and had higher costs and lower performance against benchmarks.

Family offices in the study told researchers that intergenerational wealth management was their most important objective, followed by the consolidation of accounting and tax functions and family unity.

These priorities held for family offices globally, regardless of family complexity.

Whereas family members considered investment-related services most important, across family offices globally the relative value of these services proved to be smaller than the actual costs offices spent on them.

One-third of family offices surveyed had endowments of at least $10 million in 2013, many focused on health care and education.

Last year, charitable giving in Asia/Pacific increased by 10% over the previous year. Seventy-seven percent of family offices in the region reported some form of philanthropic engagement, placing the region on par with developing economy giving and slightly behind North American rates.

Although Europe hosts offices with the largest philanthropic endowments, nearly a third of offices in the region said they did not manage the family’s philanthropy, more than the rest of the regions combined.

$1B Group Breaks Away From Cambridge 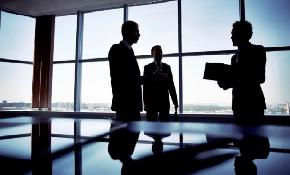 Nine in 10 families favor co-investing with other families and venture funds, a survey finds.