"This is not your fathers variable annuity," to paraphrase the 1970s-era Oldsmobile commercial.

‘This is not your father’s variable annuity,’ to paraphrase the 1970s-era Oldsmobile commercial, might fairly be said of Jackson National’s Elite Access platform, except that in some sense it is your father’s VA — with a very contemporary twist.

Variable annuities have been known for an alphabet soup of pricey guarantees but, stripped down, their core benefit is the tax-deferred wrapper that allows an investment to grow free of taxes until the income is distributed after age 59 ½.

Jackson National, one of the industry’s largest variable annuity underwriters, sells those annuities, but it is going back to basics with Elite Access, selling annuities designed mainly for their tax advantages but with subaccounts that include 20 different alternative categories and strategies.

That of course is the contemporary twist, and since alternative investments and strategies are not as widely understood as the mainstay equity-based investments typically included in VAs (including, of course, Jackson National’s), the Lansing, Mich.-based firm has been taking its show on the road.

“When we launched Elite Access in 2012, advisors were still trying to understand what alternative investments are,” Jackson National’s head of sales training, Bill Burrow, tells ThinkAdvisor.

“So we explain how to break them down between alternative assets and alternative strategies. That’s the first part of our training.

“The second part of our training is helping them understand how to implement them in their practice,” for example detailing how a convertible arbitrage strategy would work in a particular market environment.

To that end, the firm has aggressively offered training across the country in different formats, saying it reached more than 10,000 advisors in 374 events in 2013, with plans to expand that reach this year.

“We’ve recognized that advisors learn in many different ways, so we have robust live in-person training sessions… we have a conference call series for a global view on how to think of alternative investments as well as more granular strategic views; and we have a virtual series as well as our Elite Access site where our managers discuss their strategies in detail. Last year 450 advisors logged on,” Burrow says, adding that the firm even has a LinkedIn Group with 213 members so far.

Just as advisors have different learning styles, they also have different investment management approaches, and Burrow says the firm offers solutions for three types of advisors it has identified:

Do-it-yourself advisors— “they’re the ones that understand how all the pieces work,” he says — can take an a la carte approach to portfolio design with a diverse set of both traditional and alternative products.

“For advisors who’d like to be involved in construction of asset-class allocations but not necessarily selecting individual managers, we offer a solution that gives them access to our due diligence process,”  including prepackaged portfolios, including funds of funds, designed to meet various risk tolerance levels.

“For those who prefer to spend their time managing client relationships and completely outsource portfolio construction, that’s where our guidance portfolios come into play,” Burrow says.

The case for a platform built around tax advantages rests on two pillars. First is what Burrow calls “the macro tax environment,” meaning today’s higher tax rates, including new taxes on high-income earners as a result of the Affordable Care Act.

“We are in a much more onerous tax environment than in the past,” he says.

While higher taxes increase the appeal of an annuity’s tax deferral feature, it is the desire to improve risk-managed return that makes alternatives a valuable investment option, Burrow says.

“Many alternative strategies have characteristics that make them tax-inefficient,” which their inclusion in a VA can ameliorate, he says.

While Jackson National leaves to the advisor to decide how much of a portfolio should contain alternative investments, Burrow says that “we believe that diversifying sources of return will provide better risk-adjusted return for clients in the long run.”

Variable annuity providers have gone back to basics, touting the product’s tax-deferral benefits while broadening investment options. To learn about alternative asset classes and portfolio strategies, register now for our free webinar: Realizing Opportunities in the Alternative Annuity–ThinkAdvisor eds. 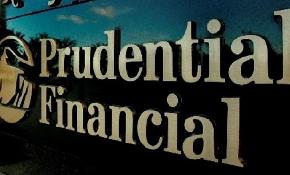