By Marlene Y. Satter | December 23, 2013 at 07:00 PM | The original version of this story was published on Investment Advisor

One of the ways the high-net-worth choose to spend their money is on artwork. However, the value of individual pieces and whole collections can fluctuate wildly.

One of the ways the high-net-worth choose to spend their money is on artwork. However, the value of individual pieces and whole collections can fluctuate wildly.

The same holds true for other valuables: antiques, precious stones, fine wines, collector cars. What’s high today may be low tomorrow, and something insured for its purchase price may be woefully underinsured after the market changes. Should a client suddenly find herself in need of cash for a business opportunity or even college tuition, she could learn that the item she’d intended to sell to finance that need is valued nowhere near the amount she expected.

That problem is the subject of a white paper from ACE Private Risk Services, the HNW specialty insurance business of ACE Group, and Trv, a Silicon Valley-based company that offers cloud-based, tangible-wealth management software. The white paper, “Breakthroughs in Managing Tangible Assets,” discusses the “blind spot” that the HNW have to the value of their tangible assets.

There’s a way around that failure without keeping an appraiser on retainer. Between cloud-based technology and mobile apps, not just the HNW but also their advisors and insurance agents can track the value of their possessions.

According to Scott Walchek, CEO and founder of Trv, his software tracks what the firm calls the global trove. Walchek described the package as a “private, secure, cloud-hosted, digital locker.” An individual can purchase an item and have the electronic receipt sent directly to Trv. Once there, necessary data is extracted from the receipt. Then the item can be tracked, not just for itself, but for its relative value as the milieu in which it exists appreciates or depreciates.

That’s where ACE comes in. Gary Raphael, senior vice president of risk consulting, said “We deploy a resource to your house to inspect the property and to provide tailored guidance to prevent threats to the things you have.”

Some loss prevention measures mentioned in the paper might be as simple as pointing out that a stamp collection is being stored below a bathroom and at risk of being ruined by a water leak. Clients are also educated on how art should be displayed and hung. The white paper mentions one client who had a number of extremely valuable paintings, including a Rothko valued at $70 million, that were hung with single nails.

Walchek pointed out four things he said are often missed, but are revealed during “a thorough risk assessment.”

First, said Walchek, the client will have better asset protection. Consider the Rothko mentioned above, which had originally been appraised in 1983. Until it was appraised again, nearly 30 years later, the owner had assumed the value of the collection was about $2 million. However, the new appraisal revealed that the collection had appreciated to approximately $100 million. “If they had a loss during those three decades, they would have been seriously exposed to financial loss,” Walchek said.

Second, “if they had tragically had one or both principals pass away [without] properly assessing the value, the estate would have been exposed to significant tax consequences.”

Third is the issue of liquidity risk. “During those 30 years, that family surely made decisions based on an incomplete picture of their total wealth. They might have sold liquid assets to do other things—send someone to college, buy a new home, pay for medical expenses—and had to make decisions without being fully informed of the full value of their assets.”

Fourth is what Walchek called the “new wealth effect”: “When they feel wealthy, they spend more.” With a wealth assessment based on the value of the home as well as tangible assets, “it’s more liquid and gives greater visibility to that value on a regular basis. It has a greater impact on the overall economy.”

With $230 trillion of personal wealth worldwide and $115 trillion in tangible wealth that is rarely counted in the full picture of individual wealth, “this new wealth assessment has a great effect.” 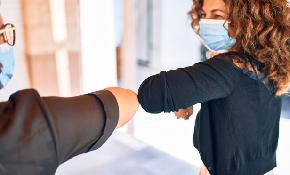 Here are ideas about what to do when clients don't want to do the sensible thing, because.

"Financial advisors should take heed of this situation," says the co-director of The American College's Center for Retirement Income.