Raymond James’ Saut: We’re Smack-Dab in the Middle of a Bull Market

Jeffrey Saut, Raymond James’ chief investment strategist, told a packed house at the annual Raymond James & Associates summer development conference that he was convinced that we’re at the midpoint of a secular bull market that has run four years with more to go.

In the short term, he expects a peak in the market next week, followed by a decline that will reverse itself, since it’s being driven by investors buying.

He argued that the performance of the stock market is only “loosely connected to the business cycle” and that the key driver of investment returns is psychology — that a bull market only starts to feel good “late in the game.” While many investors are still in “crisis mode,” he also argued that the better investors feel about their current financial condition, the more likely they are to buy stocks.

Secular bull markets have six distinct phases, he said, and we are only in the second of those phases — guarded optimism — which suggests that the bull market has some time to run.

Saut (right) believes that both manufacturing — “onshoring is happening” — and job growth are “coming back,” driven by the growing energy independence of the United States. The jump in natural gas and crude oil production will not only create jobs but lower the price of energy, which will provide another incentive for manufacturers to build plants near the sources of cheap energy.

“Within the next 10 years, we’ll be exporting crude” oil, he said, along with liquid natural gas. The jump in petroleum production and growth in jobs and manufacturing will benefit both the federal government in its attempts to deal with the budget deficit, and the states with their budget issues. Morever, since manufacturers can borrow money essentially for free — Saut believes the real inflation rate is around 4% — they will be more likely to put up new plants.

Robotics is another area of economic growth for the U.S., with Saut predicting that the industry will create 2 million to 3 million jobs by 2020. Another sector that will do well is housing — “real estate is real” — with more growth to come in housing starts, this time in single-family homes.

As for the “Great Rotation” that some observers say has been occurring, Saut said the rotation was not from bonds to stocks, as many suggest, but from non-U.S. equities to U.S. equities. Anecdotally, he reported that on a recent trip to Canada he spoke to a number of Canadian asset managers, all of whom were buying U.S. stocks for their portfolios. A hard data support for his contention about the increasing value of U.S. stocks was that the MSCI global index is “44% weighted to U.S. companies.”

Saut is also bullish about, of all things, Congress. He argues that the latest freshman class is full of “non-politicians and non-lawyers.” He said there has been a “change in the constituency of Congress,” and received laughs and applause when he joked that “Barney Fife is gone,” clearly referring to retired Rep. Barney Frank, D-Mass. Those new congressmen were given their opportunity to serve thanks to the efforts of the Tea Party, Saut argued to murmurs of approval from the audience, and said that the result is that “we’ve elected smarter policymakers who will make smarter policies.”

Quiz: How Much Do You Know About College Planning?

See if you can score high enough to graduate from college with no debt. 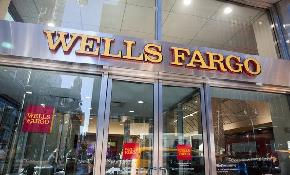