Are Retainers the Future of Advisor Comp? Lon Dolber Thinks So

American Portfolios already measures individual advisor performance, but founder and CEO Dolber thinks the logical next step for all involved is retainers.

As a follow-up to my Jan. 29 and Feb. 6 AdvisorOne blogs on measuring advisor performance, I had a conversation with Lon Dolber, founder and CEO of American Portfolios, a Holbrook, N.Y.-based independent broker-dealer.

Lon had the dubious distinction of having launched his firm on Sept. 11, 2001. But his timing doesn’t seem to have hurt the BD’s growth: Today, American Portfolios has 350 affiliated advisory firms with some $17 billion in client AUM. “Our timing was actually kind of a blessing,” he said. “We didn’t have anywhere to go but up. And we got a number of advisors right off the bat who were unhappy with how their former BD handled the crisis.”

Dolber’s done a lot of thinking in recent years about measuring advisor performance; both because clients are increasingly asking about it, and to identify advisors who might benefit from additional help in managing their portfolios better. His BD uses Albridge Wealth Reporting for its portfolio and account aggregation system, which allows him to track all of the accounts over which each advisor has discretion. “Then you can compare how they did compared to all the rest,” he said. “Here’s an advisor’s aggregate against a benchmark, and against his or her peers.”

To address the issue of different goals for different clients, Dolber compares advisors’ performance at managing similar kinds of accounts: low risk, balanced, and aggressive. It’s certainly a step in the direction of measuring performance, but not without issues of its own. For one thing, comparison-to peer performance can be hard for clients to evaluate. If an advisor is in a group of excellent portfolio managers, even being near the bottom of the group might be very good performance for the clients. (For instance, half of the doctors in the U.S. graduated in the bottom half of their med school class.) Conversely, placing at the top of a rather “mediocre” group of managers might not help clients reach their goals.

Dolber acknowledges these shortcomings in measuring advisor performance, and sees the demand for such metrics in the perspective of a larger problem: How advisors are compensated. “When you measure portfolio performance, what are you measuring?” he asks. “Investments? What about the other advice that advisors provide? What about the quality of that advice? We’re doing this, one step at a time. The next step is looking at the [overall business] model.”

Dolber is, of course, raising the issue of the challenge that has plagued independent financial planners since the creation of their profession back in 1971: How do you get paid to provide comprehensive financial advice? Over the years, they’ve been paid commissions on the products recommended, and, more recently, fees on investment assets, but rarely have advisors been paid directly for their advice. While fees have reduced many conflicts, they still leave a misleading impression of the services an advisor is providing.  “The problem is that retail investment advice is becoming a commodity,” said Dolber. “Today, some guys will do it for 40 bps, and it’s coming down—and down.”

For Dolber, the solution is an advisory business model based on charging retainers. “We have to look at what’s going on in other countries, such as Australia where they charge flat retainers for advice,” he said. “It will be more complex to do that in the U.S., where our regulation is more complex. But I believe the vision for retail financial services is to build businesses solely on retainer: Here’s what we are charging, and here’s what we’ll do for it.”

While Dolber may be right, historically advisors faced considerable resistance when trying to “sell” retainer compensation their clients, many of whom seem to prefer that their advisors make less when their portfolios decline in value and more when they grow. Plus, from a business standpoint, flat retainers tend to cap an advisor’s income: one advisor can only handle a fixed number of clients. Consequently, retainer-based revenues don’t seem to produce anywhere near the same valuations as the three-to-four-times revenue multiple as advisory firms who get their reveneues from fees on AUM.

Perhaps the biggest problem with getting clients to accept retainers is that most advisors attempt to make the transition from fees following a market decline, after firm revenues—and portfolio values—have fallen.  If the advisory industry is going to once again try to make the switch to retainer compensation, now’s the time to do it: After the market has made substantial gains, and before it takes an inevitable downturn. Retainers will certainly solve the problem of measuring advisor performance, and advisors would finally be getting paid for delivering quality advice.

The Justice Department, SEC and FBI are said to be in the process of reviewing Sen. Richard Burr's transactions. 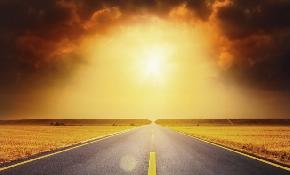 Greenwich Associates asked them what they'd like to hear from their asset managers amid the COVID-19 outbreak.