New York's plan to lock down its pension costs for 25 years might be a brilliant mathematical idea, but critics say it just amounts to borrowing more money in the future.

Normally, if a state governor came up with a pension proposal that might save the taxpayers a huge chunk of change and help reset the books, there’d be jubilation. High-fives all around. It might even bump up some bond ratings.

But news this week that New York Governor Andrew Cuomo has opted to solve that state’s public pension issues by cutting his cities’ retirement costs and locking in their pension contribution rates for the next quarter century — that has not created quite the tidal wave of good will, as perhaps expected.

The pay-it-forward (or later) mathematics, according to a handful of experts and local leaders interviewed in a Bloomberg profile, helps put New York at risk of actually weakening its pension funding in the future, as well as socking it to the municipalities.

Cuomo’s plan would make it possible for the Empire State’s cities to lock down the contribution rates that they pay to employees to 12 percent for a 25-year period.

As part of the scheme, the state’s comptroller has also been given the option of raising that by 2 percent in five years and up to 4 percent after 10 years — and if market conditions remain terrible, he could hold the fixed rates longer than 25 years.

The idea is contingent on the long-term savings the state hopes to reap having recently raised its retirement age by a year for all new employees.

“We’ve had all sorts of financial experts go through this, and they think it’s a sound, prudent option,” Cuomo told reporters. “This is a financing plan to get you from today to tomorrow.”

It’s a controversial move, but as the state seeks to prevent the kind of ugliness seen in Illinois — where no one has been able to come to any consensus on even the smallest of tweaks to a disastrously underfunded public pension system — it’s a step that Cuomo says he’s had to take.

Given the nightmarish shape that many public pension systems across the U.S. have found themselves in with low returns and years of accidentally forgetting to actually fund their pension coffers — I guess they had other priorities, as we all do — Cuomo’s plan might not be the worst idea ever.

And considering that the state is already on pretty solid financial ground, with its pension funds the fourth-best funded in the country, the experiment may pay off.

Then again, like everyone else in the country, it does seem like another instance of borrowing money you don’t have to pay for things you can’t afford, in the hopes of magically being able to pay it all back some day on the horizon. Just on a macro scale.

For more from Andy Stonehouse, see: 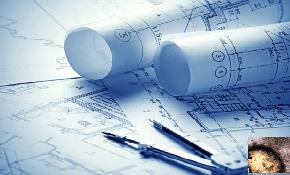 He recently served on the board of LL Global. 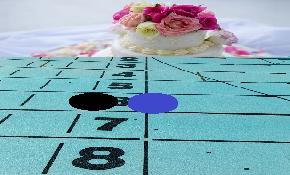 China Oceanwide and Genworth Push Deal Deadline Back to June 30

China Oceanwide says it needs an extension of a financing arrangement.