A new joint report by the CFA and Primerica has found that two-thirds of middle-class Americans acknowledge having made financial mistakeswith the average cost being $23,000.

A new joint report by the Consumer Federation of America (CFA) and Primerica has found that two-thirds of middle class Americans acknowledge having made financial mistakes—with the average cost being $23,000—and points to the “urgent” need for advisors to focus on middle-income earners.

“Families without a lot of resources are balancing difficult and expensive priorities such as saving enough for college and retirement or paying off a mortgage and consumer debt,” said said John Addison, Primerica Co-CEO, in a statement. ”When you consider these demands within the context of the last decade’s falling incomes, we are nearing a crisis in this country.”

“Primerica’s representatives specialize in working with families that earn between $30,000-$100,000, and trust me, this can be a lonely field to be in,” Addison said. ”The trend on Wall Street is to work with wealthier and wealthier clients, but this report lays out very clearly the urgent need for more financial services aimed at middle-income earners.”

The new report, “The Financial Status and Decision-Making of the American Middle Class,” also laid out the challenging financial condition of most middle-class families. For example, in 2010 the typical middle-class family had financial assets of $27,300—including retirement savings but not pensions—which was 28% less than the $37,800 held in 2007.

The report is a comprehensive analysis of a national survey of 2,015 representative American adults by ORC International in July and a statistical examination of the Federal Reserve Board’s 2010 Survey of Consumer Finances, by Professor Catherine Montalto of The Ohio State University.

Fewer middle-class people (63%) than those with incomes of $100,000 or higher (76%) rated their decision-making about saving for retirement as good or excellent.

More middle-class respondents (67%) than upper-income respondents (61%) said they had made at least one bad financial decision but the latter group lost more money—$61,000 vs. $23,000 on average—presumably because they had more to lose, the report found.

The report also found that these middle-class Americans were much more risk-averse than those with higher incomes. If given $1 milion to invest for retirement, only 21% of middle class Americans, compared with 48% of higher earners, would invest mainly in “stocks, bonds, and/or mutual funds.” And 19% of the middle-class group would put most of their funds in a savings account while 25% would invest mainly in real estate, the report says.

During an interview with CNBC at the World Economic Forum, Trump indicated that entitlement cuts may come later this year. 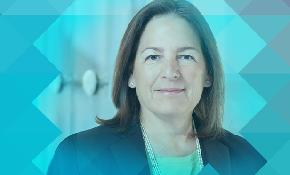 "As mother to a 14-year-old daughter, I’m thrilled to see programs for young women to explore and interact with technology," she said.