By Alexei Bayer | August 23, 2012 at 08:00 PM | The original version of this story was published on Research Magazine

Sub-Saharan Africa didnt suffer as much in the 2008 global financial crisis as the rest of the world, since it lacked both large banks and sophisticated financial infrastructure, and its levels of consumer and government debt were relatively low.

Sub-Saharan Africa didn’t suffer as much in the 2008 global financial crisis as the rest of the world, since it lacked both large banks and sophisticated financial infrastructure, and its levels of consumer and government debt were relatively low. Since then, Africa has enjoyed a strong recovery, largely because China, hungering for commodities and natural resources, pumped massive amounts of investment into its mining industry and transport infrastructure.

In 2011, Africa was the third largest destination for Chinese direct investment after Asia and Europe, with inward investment totaling $90 billion. China is now the largest lender to Africa, surpassing the World Bank and various Western nations, as well as its largest trading partner. Bilateral trade reached $160 billion last year, a new record.

China’s drive into Africa is probably the reason why seven of the world’s 10 fastest growing economies are now African. The Atlantic Monthly ran an article in May titled “The Next Asia is Africa.” Actually, “the next Asia” has already arrived: South Africa has officially become a member of the BRICS club of large, rapidly growing emerging economies, which previously included Brazil, Russia, India and China.

However, says Robert Scharar, fund manager of the Commonwealth Funds and an investor with some two decades of experience in the Sub-Saharan region, China’s involvement and wealth of natural resources are not the main reason why the outlook for Africa is brighter than it has been in years. Scharar is bullish on Africa’s overall economic development, not merely as a commodities exporter. Indeed, a number of economists and investment professionals are predicting that a major proportion of global economic growth in nearby decades will come from this continent, even though by some measures it is still an economic and political basket case.

Last November, Commonwealth Funds started its Africa Fund (CAFRX), which invests in shares of African companies as well as foreign companies with at least 50% of revenue derived from Africa or holding 50% of assets there. The fund is not focused on resource companies, which make up the bulk of traditional portfolio investment on the continent and dominate African stock indices. Similarly, even though the Africa Fund is understandably heavy on South African companies, since South Africa has the largest economy and the most developed financial markets in the region, it is paying close attention to players throughout the continent.

In the final analysis, national economies are driven by demographics. It has certainly been true in recent decades, which saw the rise of the world’s most populous nations, namely, China, India, Brazil and Indonesia. At the same time, countries and regions with declining populations—notably Japan and Western Europe—are experiencing economic stagnation and decline. Africa is now the fastest growing region in the world. The population of the sub-Saharan countries stands at 850 million, and is expected to double by mid-century.

An important factor, according to Scharar, is that this population is young and that the new, post-colonial generation is now coming to power. It is more open, more globalized and more savvy about the ways of the world. Scharar sees political changes and more emphasis on pro-business culture and economic development in an increasing number of countries.

To be sure, investing in Africa is not for the faint of heart. There are still enormous political risks, which range from military coups and nationalization to civil wars and ethnic and religious insurgencies that afflict several major economies and commodity producers. Graft and corruption are rampant. But it is an enormous continent and reality is different in every country, with many adopting pro-business and pro-growth policies. Scharar points, in particular, to the southern and eastern parts of the continent, to the former British colonies of Tanzania, Uganda and Kenya, where there have been considerable positive changes.

As a matter of general principle, he sees Francophone countries as lagging behind in opening up their economies and in getting away from the state-dominated model. “Their trade is still primarily oriented toward France, and the economy is dominated by the government,” he notes. Also, commodity producers, while they tend to earn more hard currency, also tend to be more troubled and corrupt, with little of the money settling in the home economy. Nigeria, which is a major oil producer and financial powerhouse in Africa, is also the prime example of these woes. Its various military and civilian rulers have stolen upward of $400 billion, which has been taken out of the country to secret bank accounts abroad.

In this respect, China’s involvement has not necessarily been positive. Chinese companies are not interested in promoting openness, free competition or democracy. They often find it easier to make backroom deals with corrupt strongmen than sign transparent contracts. Their aid and investment tend to come with strings attached, such as 50-year contracts for commodities and raw materials.

Moreover, Scharar claims that many of the development projects the Chinese undertake in the region are not foreign aid but a payment in kind for commodities they buy. They tend to benefit more the Chinese companies that do the work than the recipients of the largesse. Not surprisingly, a backlash is brewing across the continent against the Chinese presence, which many Africans see as a new form of colonialism. A likely reduction of China’s involvement, now that China’s own economy is starting to sputter, may in the long run prove healthy for Africa.

The real story in Africa, then, is not commodities. It’s something else—namely, the emergence of the middle class and the rise of the consumer economy. According to figures cited by The Atlantic, the middle class in sub-Saharan Africa is already larger than in India, which is regarded as a success story of the past decade. The African Development Bank projects that over the next decade and a half the continent’s consumption spending will triple and surpass $2 trillion.

African consumers are severely underserved. From an investor’s point of view, that is a positive, since even a small improvement brings substantial results. Scharar, who is also involved in direct investment in African countries, brought a South African supermarket chain into a shopping mall it owns in Malawi, one of the countries he is especially bullish about. It was an instant success and, moreover, the presence of a quality store prompted other local retailers to start carrying better quality products and fresh produce.

One aspect of the Chinese involvement that Scharar likes is the number of small Chinese-owned stores and other businesses which have sprung up in many African countries. There are now communities of Chinese entrepreneurs established in major cities in the sub-Saharan region. At the same time, there is also a vast number of African trading companies buying Chinese goods for distribution across the continent. This commercial activity is laying the foundation of a retail infrastructure that larger retailers can take advantage of in coming years. However, rather than “opening up” Africa, Chinese traders and manufacturers are doing very much what the Africa Fund does: betting on the imminent emergence of the African middle-class consumer. 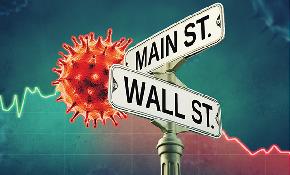 Analysts ran the numbers on how such a mandate could prevent further lockdowns.