It's SEO-friendly, consumer savvy and mercifully easy to use. Check out why Google+ may just be your new favorite social media network.

The social media landscape is plush with options these days. Facebook is the current social media darling. Twitter is favored by journalists as the land of quick comments. LinkedIn is the preferred place for professionals to connect and for job seekers to find employment leads. To date, however, no social media site efficiently connects B-to-C communities. In fact, both Facebook and Twitter have rules set up to limit and separate business and social interactions. Google+ may be the social media site to do this effectively in the very near future — which means that agents will want to be in this integrated B-to-C social media community as it develops.

Google+ has some distinct advantages over the other networks, the most obvious being search. As the largest and best search engine in the world, Google+ commands a special place in the social media landscape. Not only does Google control paid and organic search, they also control a vast network of Internet sites including YouTube and other popular websites. In addition, Google is dedicated to mobile smartphones and improving local search. In a few short years, their Android operating system has become one of the biggest players in the smartphone market.

Mobile smartphone searches turn browsing into purchases much more effectively than desktop or laptop computers. BIA/Kelsey research has shown that once a business is located on a smartphone, a customer will buy or visit the location 60% of the time. Compare this to average desktops rates of 10% or lower. Why is this? Users use mobile searches closer to their point of purchase. While mobile sales are not likely to directly affect the sales of insurance agents, they will affect B-to-C marketing, and this in turn will impact how Google continues to develop both Google mobile search and Google+. In short, Google+ is the most likely social media community to successfully incorporate B-to-C in the near future due to the high conversion rates generated by smartphone searches.

The power of a Google+ recommendation

Google+ also has a few very useful tools that other social media sites do not have. Perhaps the most powerful of these is the ability for a user to see the recommendations of their friends whenever they search the web using Google search. Currently the “recommend” feature isn’t very important because the community is small. Unlike the friend recommends on Facebook, Google recommends are user-initiated, targeted messages rather than broadcast messages. To clarify: With a Facebook ad, anytime a person is on Facebook, the ad pops up and says something like, “Your friends Bob and Sue both like Shealthinsurance.com.” However, using Google+, the ad only appears if the user is searching for, say, “insurance.” Additionally, it will include both general public recommends and specific recommendations from friends. Most importantly, these recommends do not disappear with time, but remain available to users any time they are signed into Google. With Android’s operating system, users are almost always signed in to access applications.

At the moment, joining Google+ is easy and fairly painless. The Google+ profile is straightforward and Google+ circles are easy to manipulate. However, the Google+ interface is different enough from the other social media platforms that reading a good book about Google+ may be helpful. (I recommend Chris Brogan’s Google+ for Business.)

Right now Google+ is still catching on. It is a small community compared to Facebook, Twitter or LinkenIn. As such this isn’t a replacement for other social media sites, but rather an additional social media account. The good news is that for now there isn’t all that much to manage and the interface is efficient.

For more on social media, see:

Facebook’s a Fad? As If.

COVID-19 May Limit Insurance Events for Rest of Year: SIR

Only 10% of survey participants said they'd feel good about traveling far outside their state.

Lining Your Client Up for the Retirement Savings Field Goal

The author has ideas for coaching people through a time of uncertainty. 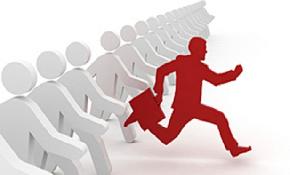 3 Local Influencers You Want to Know

Knowing people is good. Knowing certain people may be better.